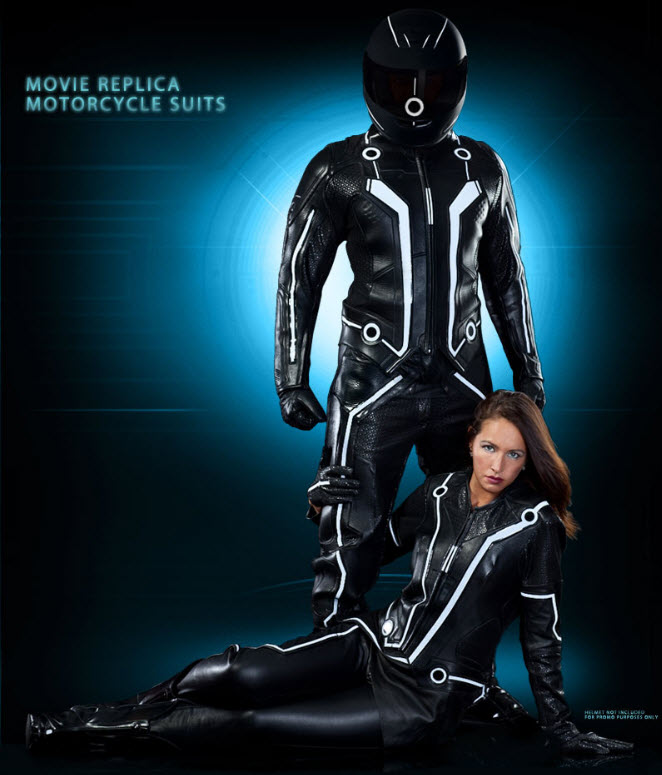 You already own a Lightcycle.  Now, all you need is the matching outfit to make the perfect entrance at the local “TRON: Legacy” premiere. UD Replicas has you covered with their Sam Flynn and Quorra TRON motorcycle suits.  Yep, one for you and one for your imaginary girlfriend.

Both attires feature those lines and circles that make the costumes easily identifiable with the movie.  Instead of beaming LEDs, though, they’re made from a light-sensitive reflective material that should be just as visible in the dark, provided there’s some amount of illumination around.

Like UD Replicas’ other biker attires, the suits are fully-wearable, provided you’re willing to put up with the occasional insult for your geeky fanboy ways.  You can get them individually (jacket, pants, gloves or boots only) or as a complete gear ($995 for the Sam Flynn version and $899 for the Quorra).  Only 1,000 sets of the male version will be made, with 500 of the female suits hitting the shelves.

Deliveries start on the first week of December.