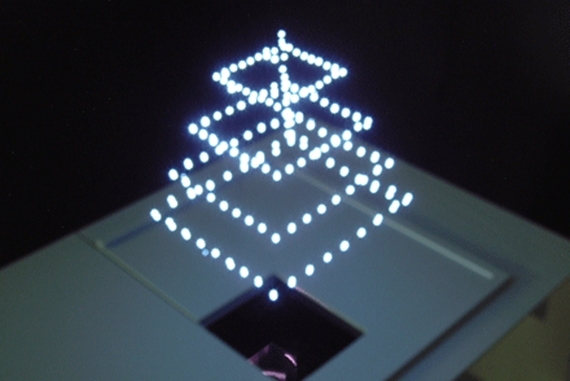 If beard clippers can be better with lasers, then it only follows that everything is better with lasers.  No, really, that’s sound logic right there.  That’s why Aerial Burton’s True 3D Display technology, which projects images that float in the air the way we always imagined our holograms will look like, is so much better than glasses-aided fake 3D that mostly just makes me dizzy.

Yep, this is 3D that uses the air around us as its display panel.  They, literally, shoot lasers into the air that, somehow, turn into discernible objects that move and animate and look awesome.  For now, it appears to be limited to displaying dots of light that can be used to form 3D outlines.  But it’s really floating.  Like an inexplicable apparition.  It’s a miracle! 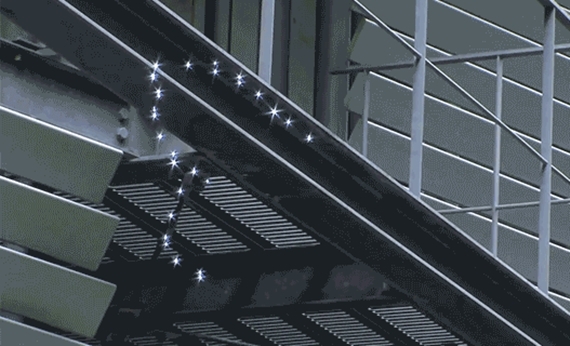 True 3D Display works by firing a 1 KHz infrared pulse laser into a 3D scanner, which rapidly focuses the laser towards different points in the air.  When each invisible laser hits its targeted point, it ionizes the air molecules, causing them to release energy in the form of photons, which we see as white light.  No word on the maximum amount of dots one machine can produce that will stay visible at the same time, although you can probably combine several if you need to build a much larger image.

As of now, Aerial Burton wants the technology to be used as signage for emergency situations, so they’re investing a lot of effort in making it not just transportable by a car, but making it operational directly from the vehicle.   They think they’ve progressed enough to be able to bring one to market by next year, although I have a feeling we’ll be seeing this used more in advertising.  I mean, how can you not stare at a McDonald’s logo literally floating and spinning in the air above you?  You can’t.