Tumbleweed Houses Let You Ditch The Trailer, Buy An Elegant Home And Stay On The Road 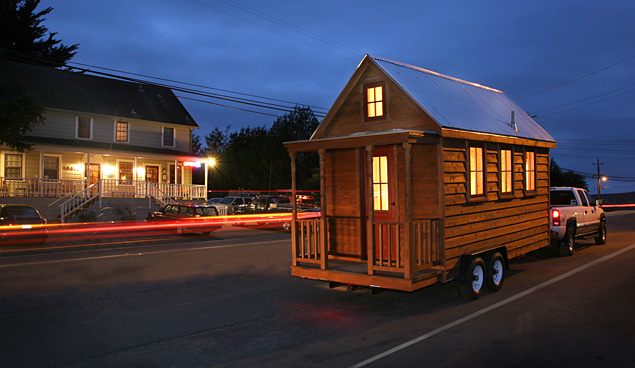 Why haul a trailer home when you can hit the road with a real house on wheels. Yep, the Tumbleweed Tiny Houses are real, traditional-style homes that come complete with angled roofs, a patio and the works. Save for the fact that they occupy about the same space as a boxy trailer, of course.

Proprietor Jay Shafer built his first small house back in 1997, as a way to make a living space without putting him neck deep in mortgage. Of course, you can also use it as an appendage to your bigger house, a summer retreat or, if you chose to get it on a trailer platform, a literal house on the road. 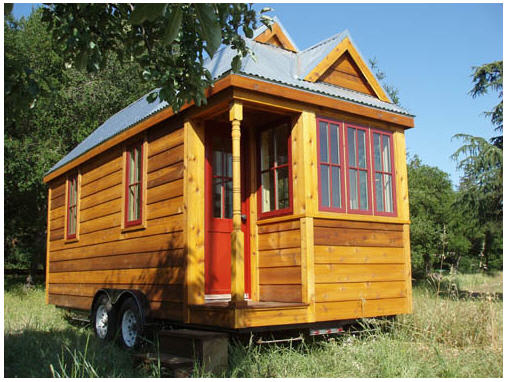 The Tumbleweed House designs come in two main varieties, Tiny and Small. Tiny houses range from 65 to 130 square feet, each with a patio, a main room, a kitchen, a bathroom and a loft. You can buy just the plans if you want to build your own or as a ready-to-use piece, both with or without wheels. Note that it’s usually illegal to put up a house of this size on your property, but Jay also sells a book (as well as a seminar) that teaches Tiny homeowners how to get around the legalities.

Small houses, on the other hand, are designed to meet the International Building Code, so you can choose them if you don’t want to deal with the ensuing court dates. They measure between 251 to 840 square feet and features all of the same facilities as the Tiny models, with the addition of at least one legally-sized bedroom. You can’t get them pre-built, though, so you’ll have to settle for the plans and hire actual construction guys to hammer them in for you. 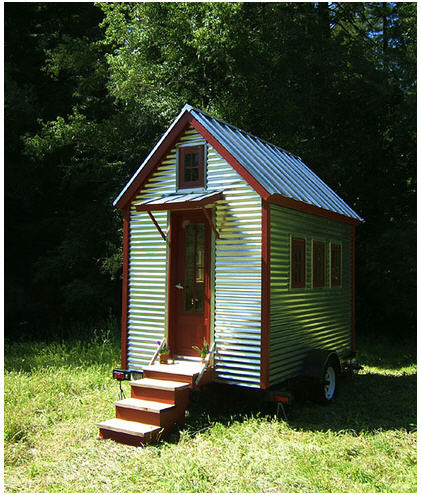 According to Shafer, he doesn’t own the land his house stands on and has, in fact, moved four times in the last three years… in the same home. His destinations have included a private estate by a lake, the Redwoods, in the middle of a field and in an apple orchard, usually either renting space or being allowed to lay down his temporary roots for free. One of his customers even claims she has her “house” parked in a national park.

While they’re way less expensive than a real home, Tumbleweed’s Tiny Houses aren’t going for “homeless people” prices either. The 65 square foot XS House that costs a little under $39,000 stands as his cheapest pre-built home, with the ready-made 130 square foot Fencl going for around $54,000. If you only want the plans with every intent of building one yourself, they go for around $1,000 or less, depending on the model.