Tunebug Shake Lets You Enjoy Music Without Shutting The World Out

Popping earphones is a great way to listen to music.  In fact, I’d probably run out of my wits if I had to listen to the rubbish people use to entertain themselves when I sit next to them on the bus.  When you’re doing dangerous activities (like bicycling or snowboarding), however, listening to your “Best of the 80s” playlist on headphones is just a downright terrible idea.

The Tunebug Shake is a portable speaker that can attach to a variety of headgear, so you can have your music while remaining aware of your surroundings.  After all, you never know when you’ll stumble onto The Abominable Snowman while hitting the slopes – best give yourself a chance to make the find of the century. 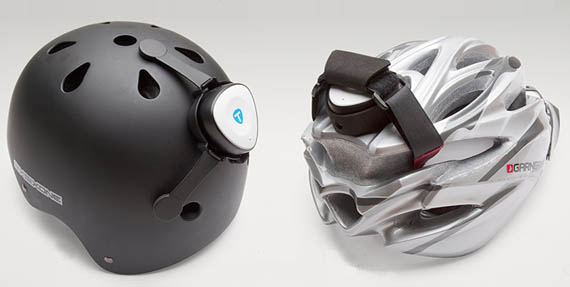 Set on top of the table and connected via Bluetooth to a music source (iPods, cellphones and other media players), it can make for a compact and pocket-friendly speaker.   Touch controls let you turn it on and off, as well change volume.  It comes bundled with two harnesses – the TuneStrap (a wrap belt with a lock) and the Gecko Mount (which attaches via adhesive feet), allowing it to mount on most types of helmets.   Tunebug claims it creates a surround sound experience when fastened over your head, but I wouldn’t count on it.

While obviously created for hoisting on action sports headwear (skating, bicycling, rock-climbing, to name a few), I’m fairly certain it could work with helmets for firemen, baseball hitters and equestrians too.  Yep, you can be the most annoying human boombox anywhere you go.

The Tunebug Shake is currently available on pre-order for $119.95.  Hit the site to learn more.