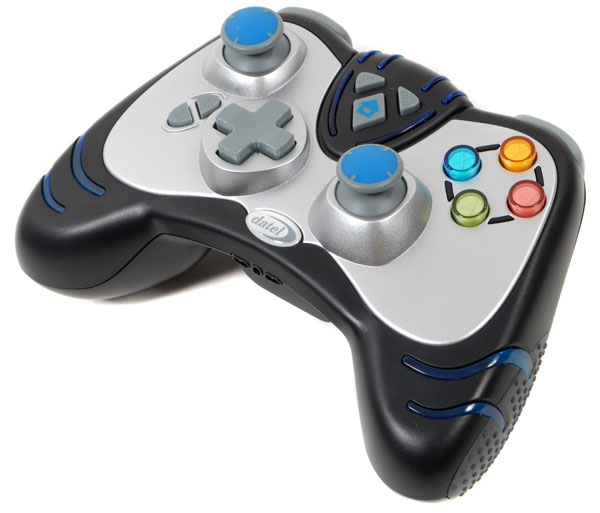 Most games on the Xbox 360 come with various controller options, so you’re bound to find one that suits your personal preferences in button mashing.  If you feel you’ll be more effective customizing your control sets, though, you probably need the TurboFire2, a programmable wireless Xbox 360 controller.

Created by Datel, the peripheral lets you remap all the game buttons as you see fit.  After all, there’s no sense in learning to shoot one way in Bad Company and then learning to shoot another way in Black Ops when all you’re doing is killing virtual soldiers on both.  With this accessory, you can map the controls any way you want (on a Windows machine), making your console gaming life more productive than ever (or more unproductive, depending on how you look at it).

And, oh yeah, you can use the TurboFire2 to cheat, too.  How?  By tweaking settings, such as adjusting the rate of turbo fire, mapping a better sniper mode or creating move macros in one touch of a button, just like everybody’s doing when they play on a PC.

Even better, the wireless controller works without requiring a dongle, as Datel has, pretty much, coopted the way the default Xbox 360 controller communicates with the console.  Yes, Microsoft has already sued them for doing this before.  We’re not sure what happened and we bet you don’t care.  The damn thing’s programmable – what else could you want?

Sure, the Datel TurboFire2 might not be the pretties thing on the accessories rack.  The custom controller enhancements sound awesome, though.  It’s a nice compromise that can be yours for $44.99.