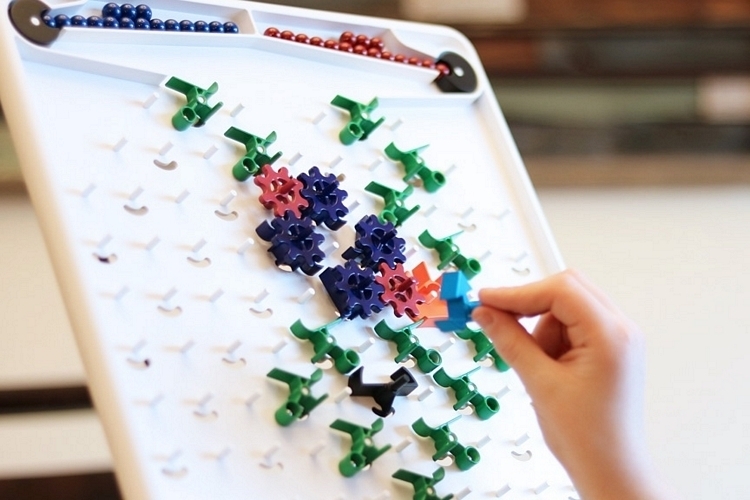 We’ve seen plenty of toys aimed at educating kids on the basics of coding. It’s not easy to get a kid to appreciate the binary switches at the root of erstwhile complicated computer systems, after all. And that’s something we believe the Turing Tumble does a really good job on.

A mechanical puzzle, the toy combines a vertically-oriented game board with a series of slats where you can insert various mechanical pieces that control the movement of a ball falling down the board. While it plays out like a puzzle, the toy actually simulates mechanical computers of old, essentially serving as an old-school logic board that kids can manipulate to reach very specific results. 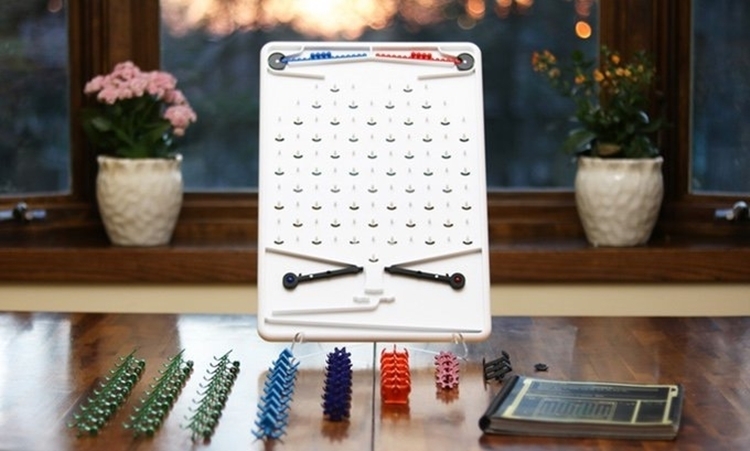 The Turing Tumble comes with flippers on the bottom, which you can activate to release either a blue marble (left flipper) or a red one (right flipper). When released, the ball will then fall on the board, interacting with all the elements you set up on the slats, making for quite an entertaining mechanical toy that kids can play with over and over. Each set includes six types of mechanical elements, namely a ramp, a crossover, a bit, an interceptor, a gear bit, and a gear, all of which perform their own individual logic functions.

It comes with a book containing 51 different puzzles that progressively become more challenging, all of which are woven into a 20-page graphic story to make them more entertaining. If you’re curious, the puzzles, basically, challenge kids to come up with specific ball sequences at the bottom of the board, which they accomplish by arranging the various mechanical elements accordingly.

A Kickstarter campaign is currently running for the Turing Tumble. You can reserve a unit for pledges starting at $60.