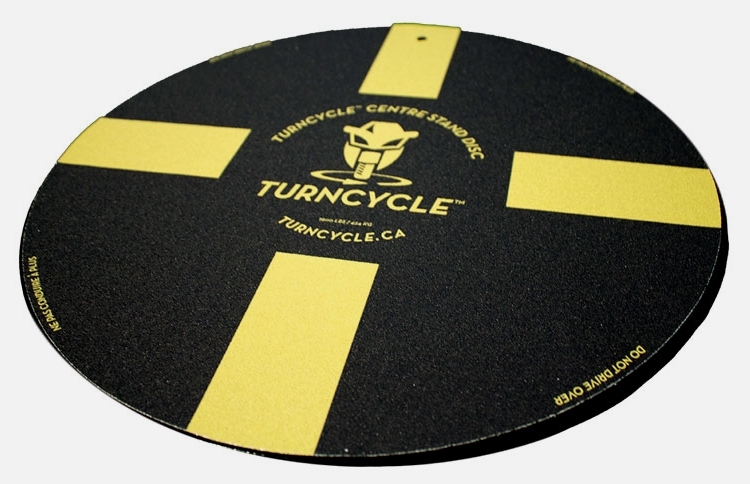 Sometimes, you park your custom motorcycle in the garage, only to realize 10 minutes later that you actually wanted to park it facing the opposite way. And because of your OCD, you can’t let it go – the feeling nags you and nags you and nags you throughout the course of the day. So you walk to the garage, start the bike, and turn it around. Done. Except, 10 minutes later, you realize you actually wanted it parked in the original direction all along. Yeah, your mind is annoying. And while you can repeat the same sequence over and over, you’ll likely have an easier time with a TurnCycle set up.

A simple spinning disc, it’s designed to sit on the floor and hold your motorcycle’s center stand, allowing you to spin the bike freely in either clockwise or counterclockwise directions. That way, you can simply spin your two-wheeled ride when you want it facing a different direction, instead of starting the bike and maneuvering it within the confined space. 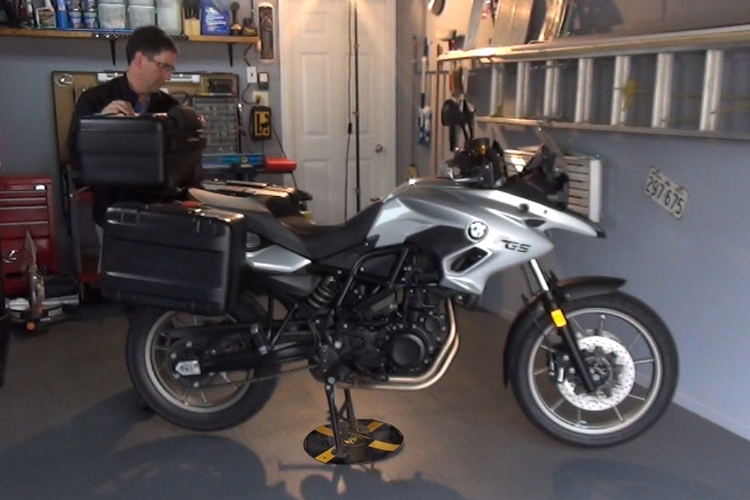 The TurnCycle can work with any motorcycle whose center stand measures between 10 to 15 inches, provided they weigh 1,000 pounds or less. A non-slip top ensures a motorcycle’s stand will never slip, so you can turn the bike on its center axis as many times as you want with no issues. Do note, you’ll have to set up the TurnCycle after you’ve parked the bike – the darn thing is likely to get damaged if you leave it on the floor and drive over it.