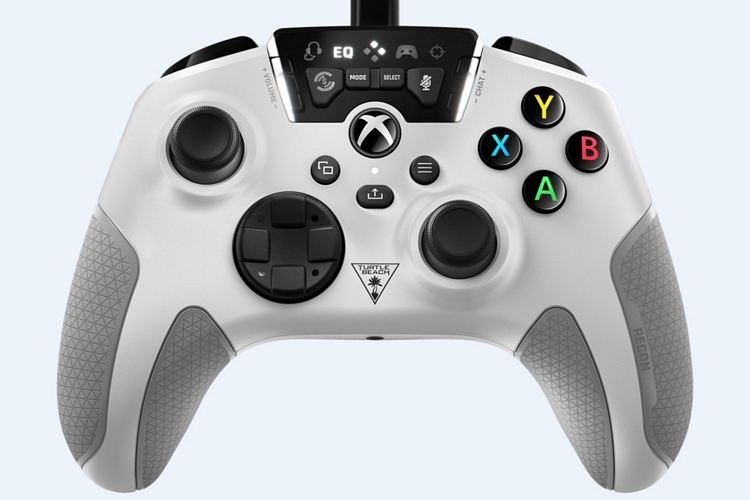 We know Turtle Beach for their gaming headsets, which often integrate unique features that make them more versatile than other options in the category. It’s a great way to set a product apart from the glut of offerings in the market. As such, they’re embracing the same idea with the Turtle Beach Recon Controller, an Xbox gamepad that leverages the outfit’s audio expertise.

Like other Xbox controllers, it comes with the usual set of controls, like dual analog sticks, an eight-way directional pad, and multiple action buttons. Unlike them, it comes with physical controls for manipulating various audio settings on the fly, allowing you to tweak your game’s audio without having to leave your game at any point. 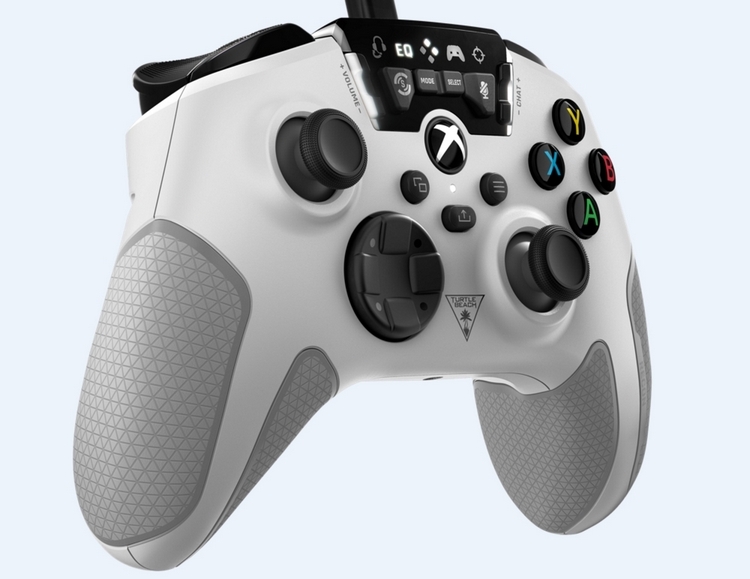 The Turtle Beach Recon Controller resembles the standard Xbox Series X controller, albeit with a bunch of extra controls in the center, right above the Xbox button, and a pair of programmable buttons in the back. Those center controls provide physical buttons for audio control, giving you a way to easily alter the sound coming through to the headphones you’ve got plugged into the controller. On each end of the center panel are toggle switches, with the left one adjusting volume and the right one tweaking the balance between game sound and voice chat, with buttons available for activating various audio features.

There’s a mute button that you can press for quickly killing your mic feed, as well as four audio presets you can trigger at any time. The default delivers the standard Turtle Beach sound, with the other options boosting bass, bass/treble, and vocals, respectively. Lastly, there’s a button there that activates Superhuman Hearing, a signature audio enhancement that raises the volume of footsteps, reloads, and other sound details in-game, ensuring you get all those important audio cues that will help you stay competitive. 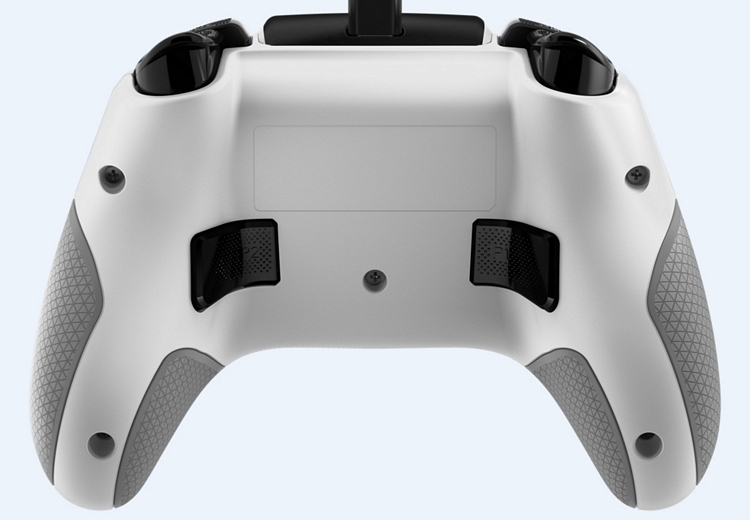 The Turtle Beach Recon Controller uses those same center panel controls to let players fine tune the thumbstick sensitivity, which should allow for enhanced precision when aiming in FPS games. How well does that fine tuning work? We don’t know, but given the difficulty of aiming with thumbsticks, any additional help will definitely be appreciated. According to the outfit, it will even let you hear your own voice clearly, so you can realize whenever you’re talking too loud or too soft. You also get two paddle buttons in the back that can be programmed to replace any in-game control, with the ability to keep four different mapping profiles that you can bring up at any time. 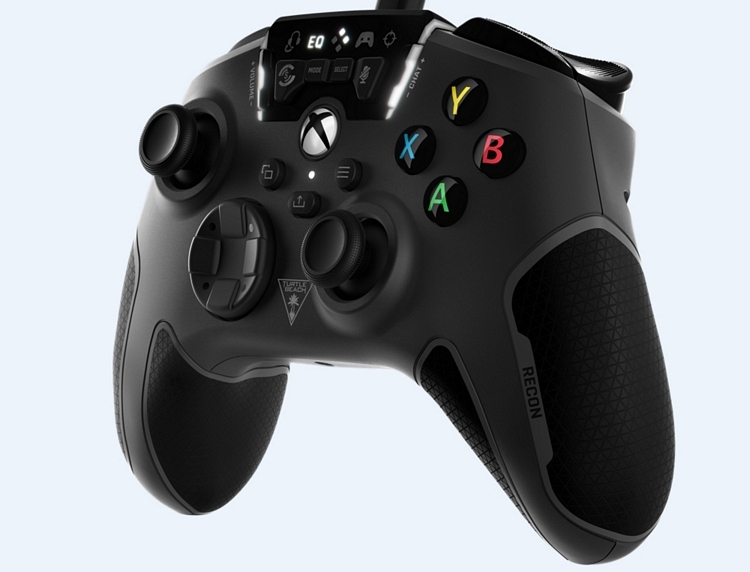 Like any modern controller, it’s got dual rumble motors for immersive vibration feedback, along with tactile grips equipped with micro-cooling channels that will keep hands cool and dry over long gaming sessions. It works with the Xbox Series X, Xbox Series S, Xbox One, and Windows 10 PCs, by the way, allowing you to use it with games from both current- and la st-generation consoles, as well as your favorite PC titles. Do note, this is a wired controller, so you’ll have to put up with a long 10-foot cable.

The Turtle Beach Recon Controller is available now, priced at $59.95.