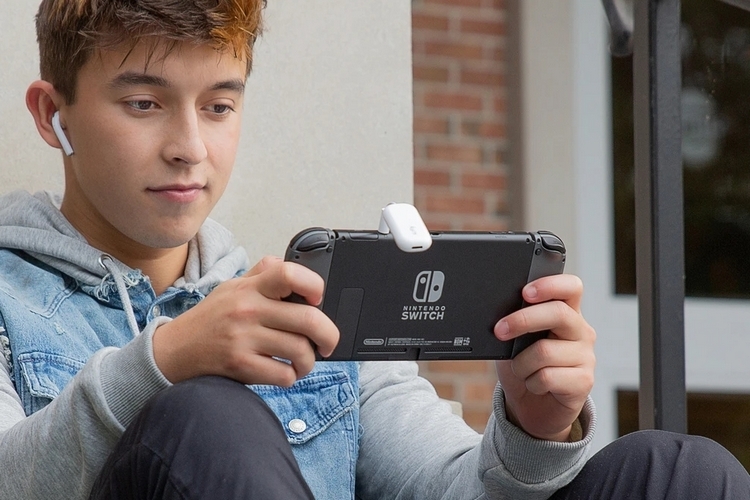 You know some devices have ditched the 3.5mm slot in favor of making you use Bluetooth for headphones? Nintendo, on the other hand, has continued to do it the other way, leaving off Bluetooth for the Switch and Switch Lite, forcing you to dig up a pair of wired headphones to play all those Mario, Zelda, and Pokemon games. If you don’t want to carry separate wired earbuds just so you can play Super Smash any time you wish throughout the day, maybe you can just carry the Twelve South AirFly Pro Switch Edition instead.

A Bluetooth dongle for the Switch, it lets you use the same wireless ear buds you use to listen on your phone, laptop, and, pretty much, everything else. Sure, it puts an extra dongle to take precious space in your pockets, but if you’d rather not mess with wired headphones or earbuds on the road, this thing should make that minor inconvenience very much worth your while. 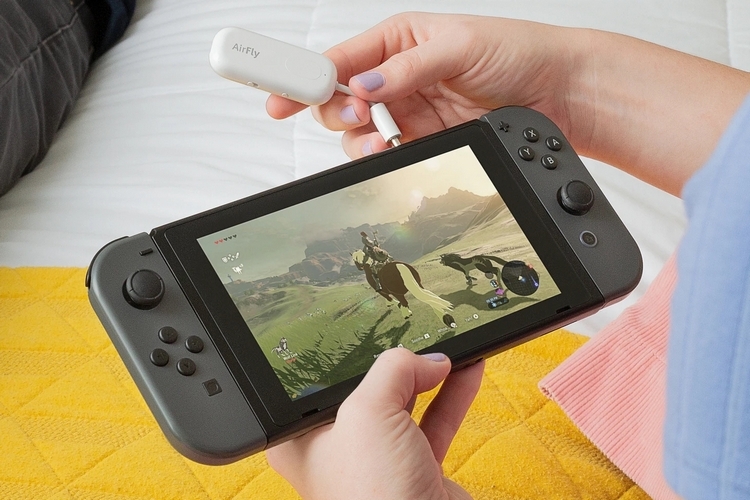 The Twelve South AirFly Pro Switch Edition is a Bluetooth adapter that plugs in to the 3.5mm slot on Nintendo’s handheld console to give it a proper wireless connection for pairing with your favorite wireless headphones or wireless earbuds. It works with, pretty much, any Bluetooth-based audio listening device, so you can enjoy immersive gaming audio on your Switch, whether you’re using Bose headphones, Sony earbuds, or those dangling AirPods. Even better, it can pair with two devices at a time, allowing two people to listen to audio while going head-to-head on Super Smash Bros, Mario Kart, or whatever other multiplayer you like to play on the Switch.

Not only can you use the dongle for handheld play on the road, you can also use it when the Switch is docked and connected to your TV at home. That way, you can play games without disturbing anyone else at the house – useful for those times you want to game in the wee hours of the morning. 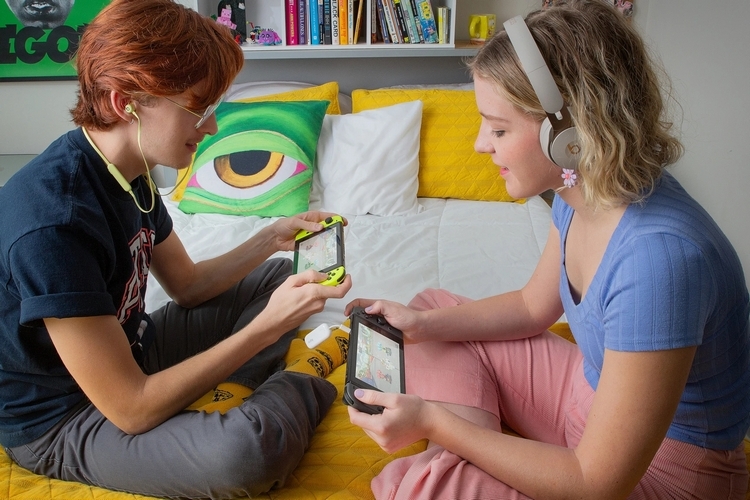 The Twelve South AirFly Pro Switch Edition is self-powered, so it won’t drain any power away from your console. The onboard battery is rechargeable, too, although they don’t list how long it can last between charges. Knowing the mileage of similar Bluetooth devices, though, we imagine it can go for days (maybe even a week or so) before draining. And yes, it’s designed to be compatible with most Switch cases, so you can dress your console up in whatever protective housing you prefer. 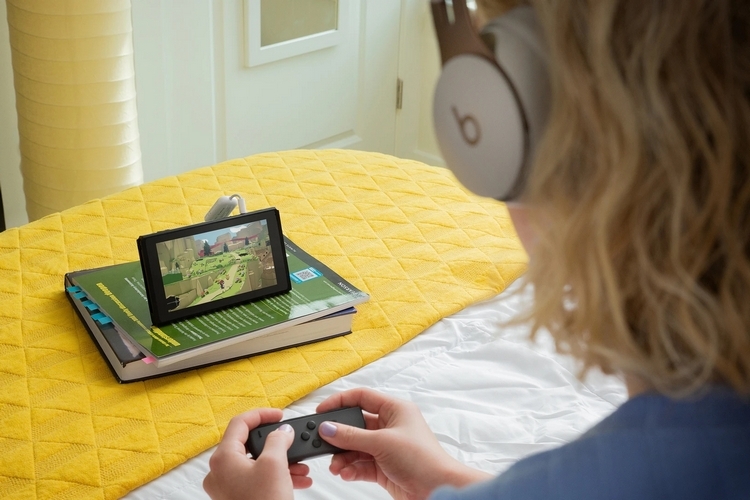 While designed for use with the Switch, it’s not limited to the handheld console, either. Instead, it can be used with nearly any audio source with an integrated 3.5mm slot. We know, you probably don’t have a lot of modern gear without Bluetooth onboard, but if you’re using any older music players, receivers, and similar rigs, this thing makes it easy to add a Bluetooth connection on erstwhile legacy devices. Heck, you can even use it to listen wirelessly during flights, making it especially useful during travel.