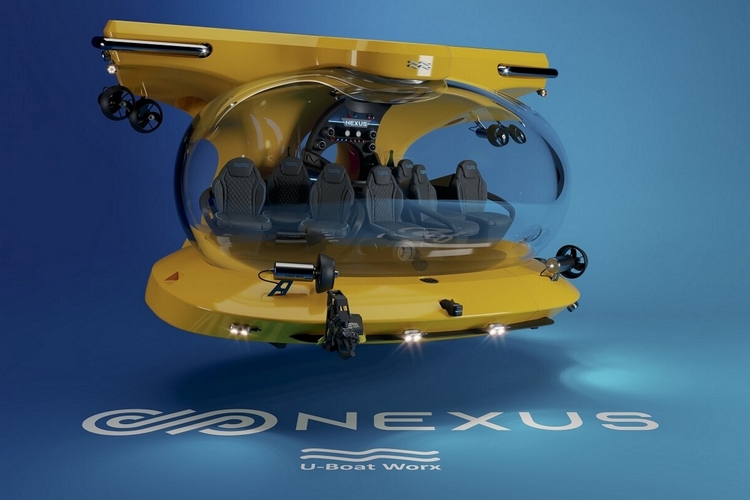 Exploring the depths of the ocean in a submersible is fun. Like many things in life, though, it’s an activity that gets even more fun when you can share the moment with as many people as possible. That’s why, if you’re the type of guy thinking about buying one of those small submersibles, it might be wiser to go ahead and splurge on a family-sized U-Boat Worx Nexus instead.

Designed to fit up to nine individuals (including the pilot), the sub lets you bring a veritable party to the bottom of the ocean, allowing you to share the experience with a big group of people. Whether you’re visiting sunken ships, exploring marine life, or trying to find the lost city of Atlantis, this thing lets you do that with a small throng of friends, family, and people you’re trying to impress by giving them a ride on your sub. 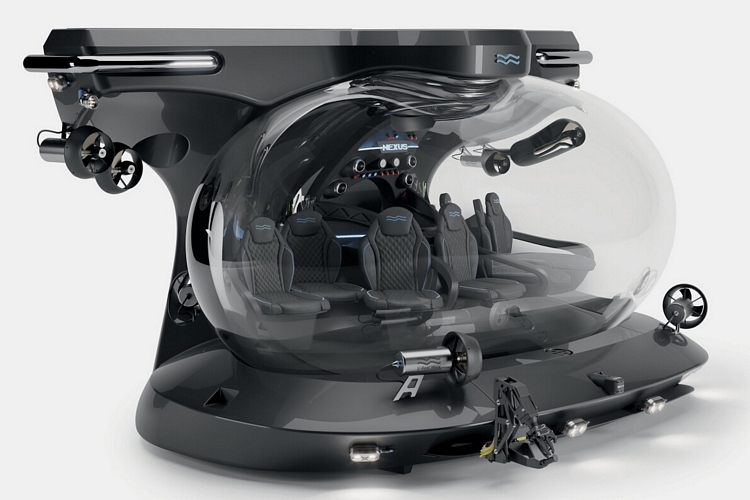 The U-Boat Worx Nexus comes in a design that looks like a vehicle straight out of a sci-fi movie, with a central cabin housed inside a transparent pressurized hull that’s sandwiched by structural parts top and bottom. Yes, the egg-shaped hull is completely transparent, allowing you to get an unobstructed view from the front and sides, allowing passengers to really take in all those underwater sights. The seats are all neatly arranged inside that curvy enclosure, with the pilot seat front and center, flanked by three full-size business class seats on either side. We know, that only adds up to seven people total. According to the outfit, however, they offer an option that lets you add bench seating to the mix, which will allow it to accommodate up to two additional children (or two child-sized grown adults), which maxes out the capacity to nine.

Designed for comfort, the cockpit provides around 900 liters of interior space per passenger, so you won’t have to sit stiff like you’re in a crowded economy airline chair while you’re enjoying the marine views. The outfit claims that the sub actually offers passengers more leg room, greater ceiling height, and a large amount of personal space compared to any other submersible in the market. 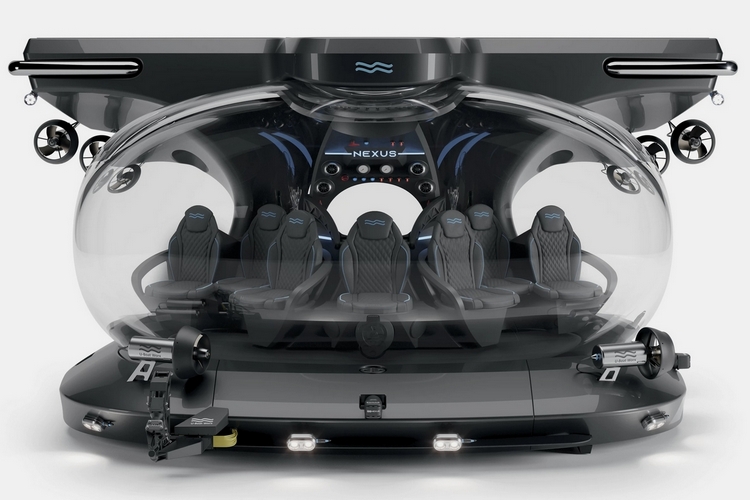 The U-Boat Worx Nexus is powered by eight separate thrusters that allow for plenty of maneuverability while underwater. Specifically, it can perform the usual down, up, forward, and reverse, all while also moving laterally and spinning towards either direction, giving the pilot (and the passengers) maximum freedom to explore. Do note, this is designed for recreational exploration, so it’s not the fastest, moving along at a top speed of just three knots (3.5 mph). It’s also not the deepest-going sub, with the acrylic hull only able to support dives of up to 650 feet – a far cry from the depths most industrial submersibles can go. 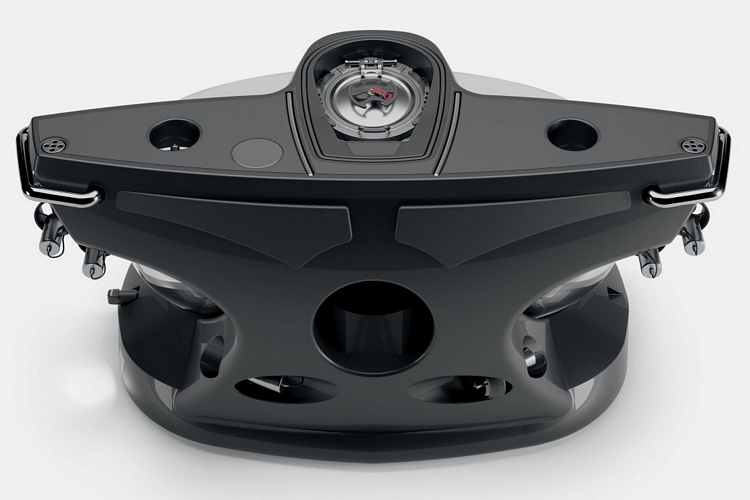 A 62-kWh battery feeds power to those thrusters, by the way, which it can do for up to 18 hours on a single charge. Other features include a large entrance hatch for easier access, optional elevator (for even easier boarding), and even wireless controller for navigating the sub away from the support ship when there’s no pilot.

You can learn more about U-Boat Worx Nexus from the link below.