Finally, You Can Assemble An Army Of Marching Stormtrooper Robots 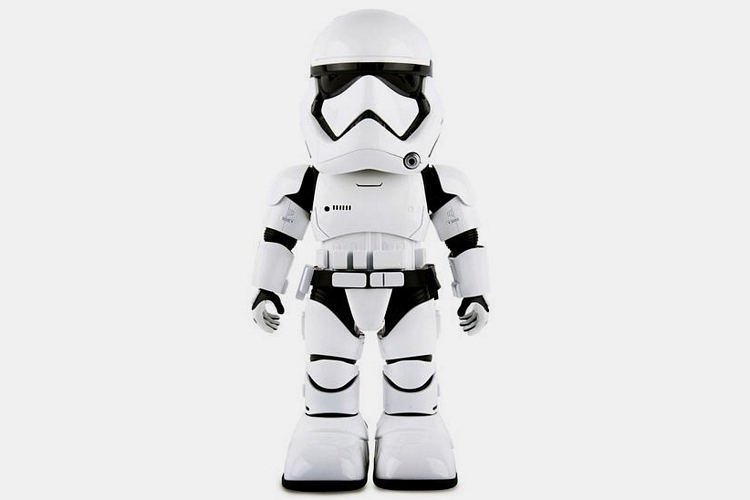 We’re not quite familiar with UBTECH Alpha 1 Pro, a 16-inch toy robot with 16 movable joints that allow it to perform neat physical tricks. Truth be told, it’s not the most memorable-looking droid, which is probably one of the reasons why it hasn’t had the success of some of the more popular robots out there. With the UBTECH First Order Stormtrooper, however, we have a feeling the Alpha 1 Pro finally found its real reason for existence.

That’s right, they took the original humanoid bot and its articulated limbs, then dressed it in the iconic Stormtrooper armor. We don’t know if it can actually perform the exact tricks as the Alpha 1 (probably not), but it would be cool, albeit a bit ludicrous, if we can get a Stormtrooper that performs those same adorable movements. 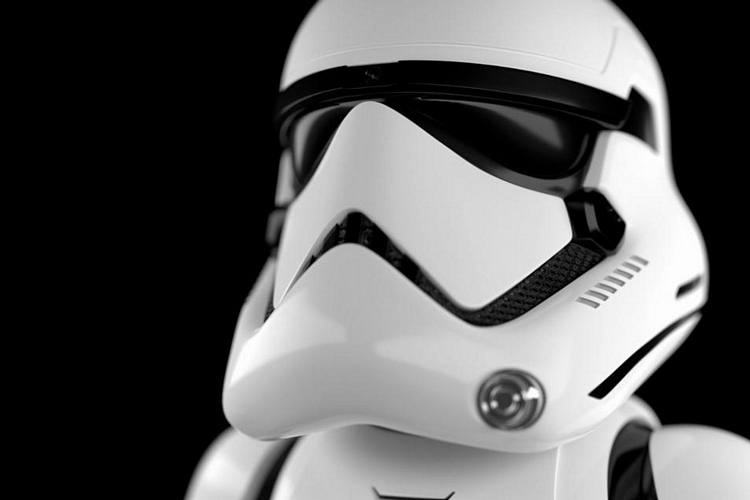 Of course, having a Stormtrooper whose tricks revolve around dancing, performing yoga moves, and playing music doesn’t sound all that menacing. As such, the UBTECH First Order Stormtrooper comes with a “sentry” mode that will prompt it to start patrolling the area it’s currently in, so you can make it look like it’s guarding your meal by marching across the dining table over and over. And, yes, the self-balancing robot’s humanoid form and ability to walk on its two feet should make it a lot more interesting than other roving droids. In this mode, it will even notify you as soon as it detects intruders in the area, so it can serve as a functional roving patrol guard of sorts. Just don’t expect to use it as an actual security robot around the house because, you know, actual intruders can easily destroy it with a kick if they wanted.

When moving, the robot can actually avoid obstacles using an IR sensor, so it doesn’t have to look terribly goofy bumping into walls and table legs while walking around your house. There also a triple array microphone that allows it to pick up voice commands, so you can bark orders at it like he’s one of your soldiers. 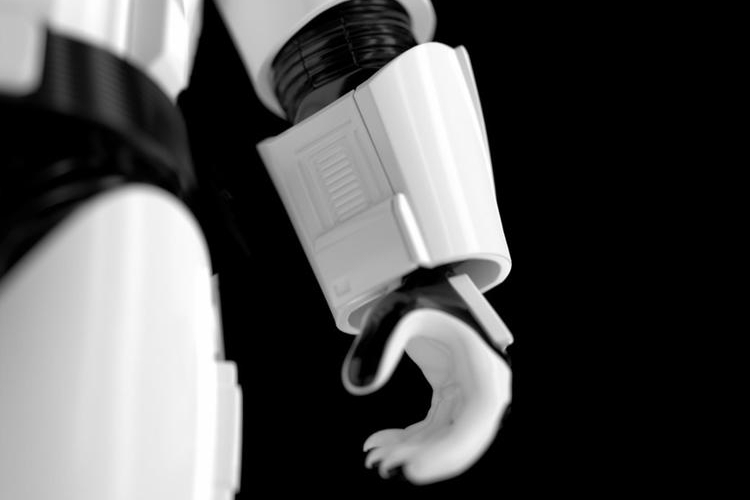 The UBTECH First Order Stormtrooper comes with facial biometrics onboard, so it can recognize the identities of people it encounters. Catch is, the robot can store a maximum of three faces at a time, so it can only keep track a few select members of your household. This happens because the biometrics data stays strictly on the device, since UBTECH wouldn’t want parents up in arms about having their children’s data stored on the cloud, where it can be hacked by members of the Rebel Alliance.

The accompanying app comes with augmented reality games that allow you to use your robot to launch attacks on Rebel forces, all while using direct verbal orders to get the action going. We have no idea how engaging the games are, but an articulated Stormtrooper robot that can patrol your home on its own is certainly fun enough without the AR component.

The UBTECH First Order Stormtrooper is priced at $300.