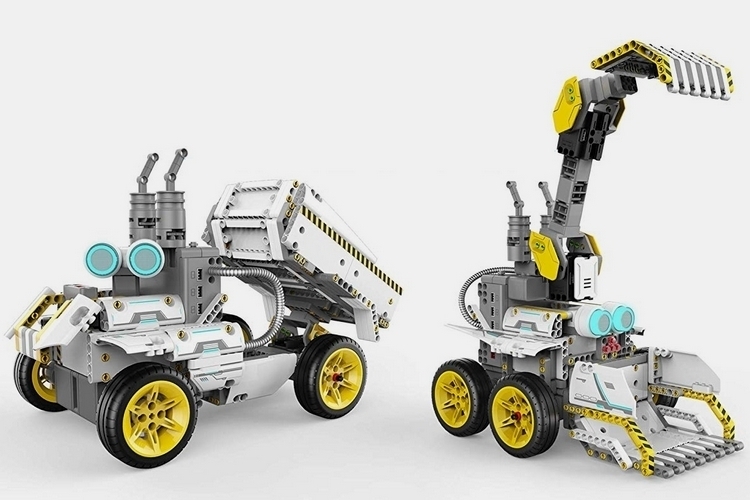 Robot toys now are an entirely different thing from my time as a kid, with programmable smarts allowing them to exhibit customized actions and behaviors. Simply put, these STEM-focused toys really allow for deeper and more complex gameplay, especially if your kid’s the type to tinker endlessly with the same toy. That’s exactly the kind of gameplay the Builderbots Series: Overdrive Kit offers, giving you a robot that can be assembled and programmed in a variety of ways.

Consisting of snap-together parts, the kit is designed to be assembled into one of two wheeled robots, namely Dozerbot and Dirtbot. As you can tell from the names, these are robots based off heavy construction machines, an enduring favorite among children. Except, of course, these ones look like an actual cross between heavy equipment and goofy automatons. 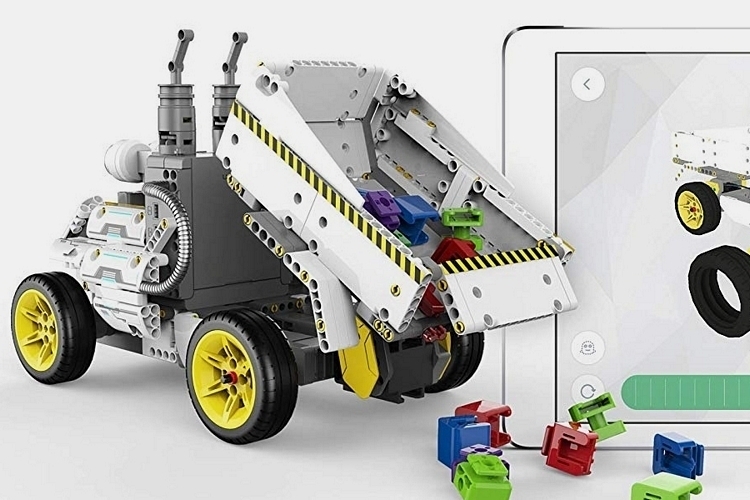 The Builderbots Series: Overdrive Kit can be assembled into Dozerbot, which sounds like it’s going to be a bulldozer but turns out to be a dump truck (well, it’s big enough to plow through stuff anyway), as well as Dirtbot, an excavator with a bucket out front similar to a backhoe.  A total of 410 snap-together parts are used to build the robots, each of which can be equipped with two DC motors to propel the robot’s movements and two smooth-motion servo motors for all its other actions, as well as a main control box housing the robot’s processing units. With over 400 parts, things could get complicated, of course, which is why it comes with a companion app that includes animated step-by-step 3D building instructions.

The app also includes a development environment for Blockly, a visual programming language that kids can use to code the robot’s actions. Using the Javascript-like code, you can control not just the direction the robot travels, but the movements of its various mechanical parts, allowing you to make it go through the same motions similar equipment will be doing when performing actual construction work. 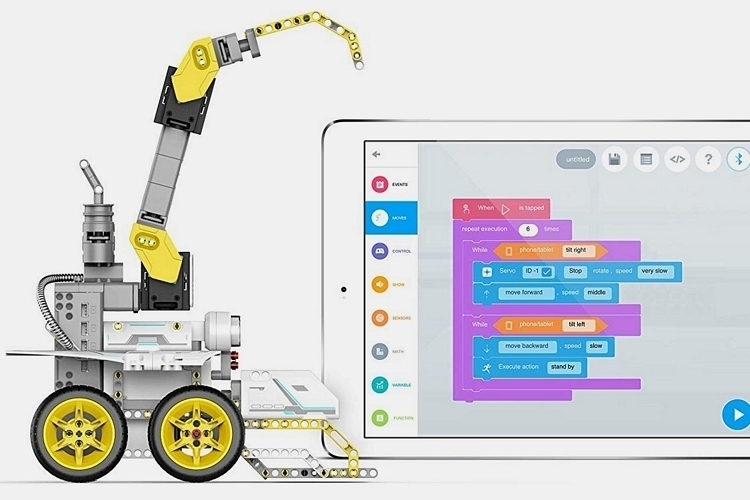 The Builderbots Series: Overdrive Kit also comes with an ultrasonic sensor and an RGB LED, both of which can be programmed much like the other electronic parts. A first for Ubtech’s line of JIMU robots, it comes with a new learning mode called PRP (short for pose, record, and play), which allows you to teach it new movements by simply posing the robot according to the actions you want it to perform. That’s right, no coding needed, so even younger kids should be able to teach the robot custom tricks. 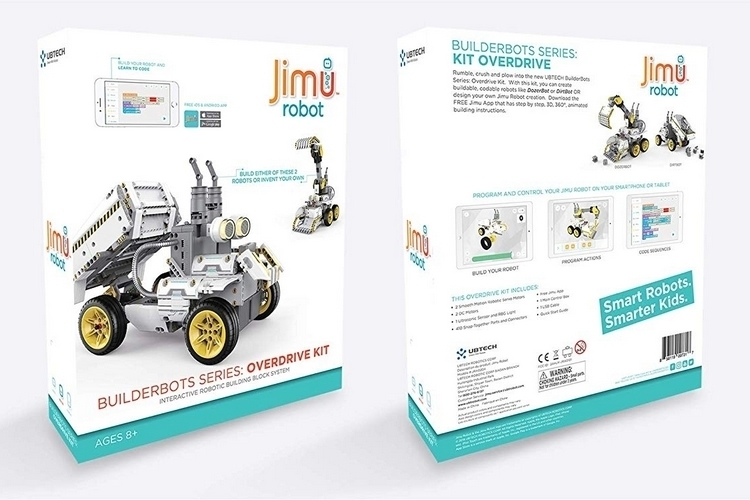 While the parts are in the kit designed to perfectly assemble into the two heavy machinery robots, they can be used to put together other robot creations. They can also be combined with other modules in Ubtech’s JIMU line for this purpose.  This makes it infinitely playable for older kids and even adults who like to spend their free time tinkering with machines similar to LEGO’s Mindstorms line of robotic construction toys.

Want one? The Builderbots Series: Overdrive Kit is available now. 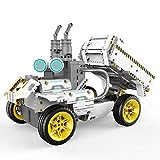