Ubuntu Edge Combines Desktop And Smartphone In One Device 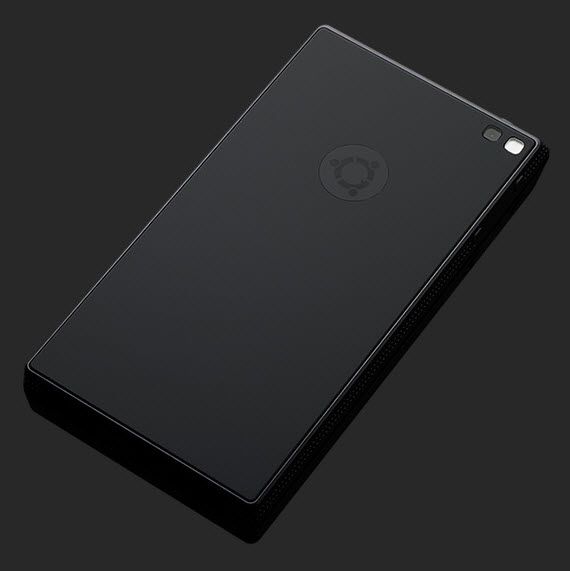 You have your smartphone for on-the-go computing tasks and you have your PC for serious work.  And while that setup works well enough, we know the day will come when those two gadgets will converge into one.  The Ubuntu Edge looks to hasten that process.

Billed as “the next generation of personal computing,” it packs a full-featured desktop version of Ubuntu into a pocketable smartphone, allowing you to plug it into your IMAX Private Theatre (via an MHL connection) and have full use of Canonical’s popular open-source Linux build just like in that ancient home computer you use to run Ubuntu.   It’s a full desktop version, too, so you get complete access to whatever Linux apps you run in the course of your daily work routines. 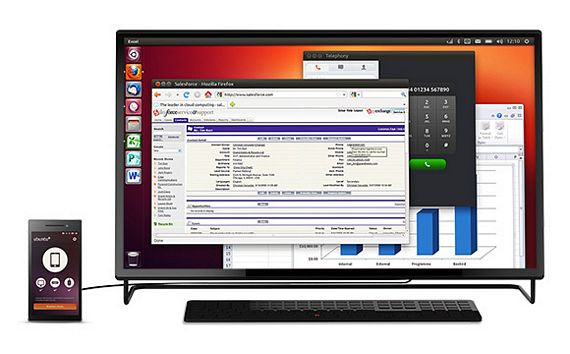 In phone mode, Ubuntu Edge runs both Ubuntu Phone OS and Android in a dual-boot configuration.  Since Ubuntu Phone OS and the desktop version of Ubuntu share the same code (they even offer an Ubuntu SDK where a single application can have mobile and desktop UIs), they can easily share applications, too, so you still get to run your favorite Ubuntu software titles on the go, even while gaining full access to the rich roster of apps available on the Android ecosystem.  Even better, the desktop OS and apps are fully integrated with their smartphone equivalents, so you can still perform phone functions (make and receive calls, send and receive SMS) even while working in full desktop mode. 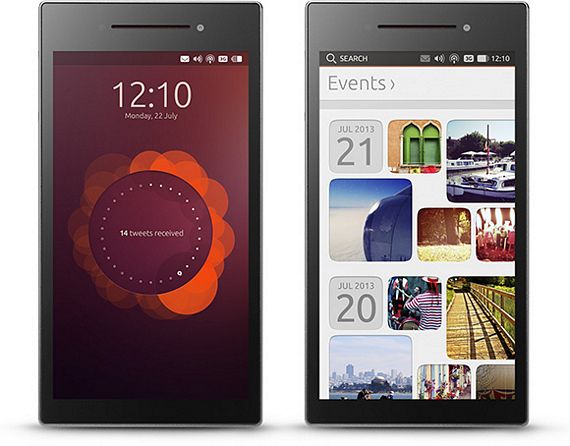 Details of the phone include a quad-core CPU (unspecified), 4GB of RAM, 128GB of onboard storage, a 4.5-inch sapphire crystal display (1280 x 720 resolution), an 8.0 megapixel low-light rear camera, a 2.0 megapixel front-facing video cam, aGPS, LTE, WiFi, Bluetooth 4, NFC, stereo speakers, and dual mics.  It’s quite the looker, as well, so you’re not trading in aesthetics for pure flexible function.

Canonical is currently in the process of raising funding for production of the Ubuntu Edge on Indiegogo.  As you probably guessed, this isn’t a small-time fundraising project, as they’re aiming for a $32 million goal.  You can reserve one of the first units with an estimated delivery of May 2014 for pledges starting at $830.