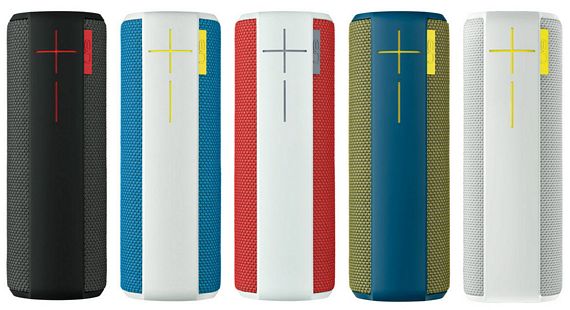 Logitech has evolved into a pleasantly surprising entrant into the mobile speakers category, releasing one of the best we’ve heard with their UE Boombox.  The company’s latest, called the UE Boom, solidifies their position with a mobile speaker that’s as powerful as it is portable.

Clad in a colorful acoustic skin, it comes covered with a plasma coating that renders it water- and stain-resistant (provided you plug in the included covers for the USB and AUX ports), so you can use it in the tub, in the pool and even outside in the middle of the rain with no helmet umbrella necessary.  Plus, you can use it in the cafeteria without worrying about that clumsy pal who seems to keep spilling his orange juice all over any gadgets you unwittingly place on the table. 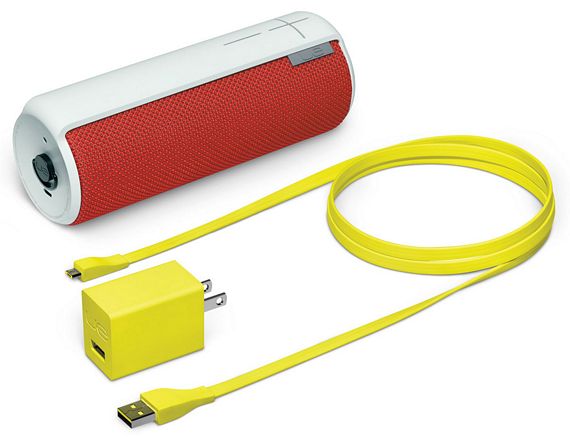 Measuring 7.1 inches long and 2.6 inches in diameter, the cylinder-shaped UE Boom should be just around the same size as your favorite can of energy drink, making it easy to bring along anywhere you go.  Unlike many mobile Bluetooth speakers, it features a 360-degree speaker design, allowing it to spread sounds evenly in all directions.  It features two high-performance 1.5-inch drivers, a pair of 2-inch passive radiators for really deep bass, and a maximum sound level of 88dbA, so it won’t be lacking in firepower even while blasting tunes outdoors. 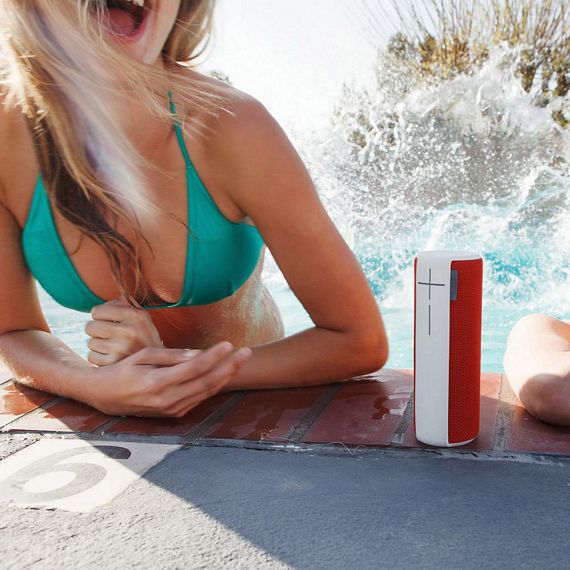 Details include onboard controls, a smartphone app for remote operation, speakerphone capabilities, the ability to pair wirelessly with another speaker for stereo play, and a rechargeable onboard battery that can keep it playing for up to 15 hours on a single charge.  It can pair with up to eight devices at once, so a bunch of guys in your party can share DJ duties.