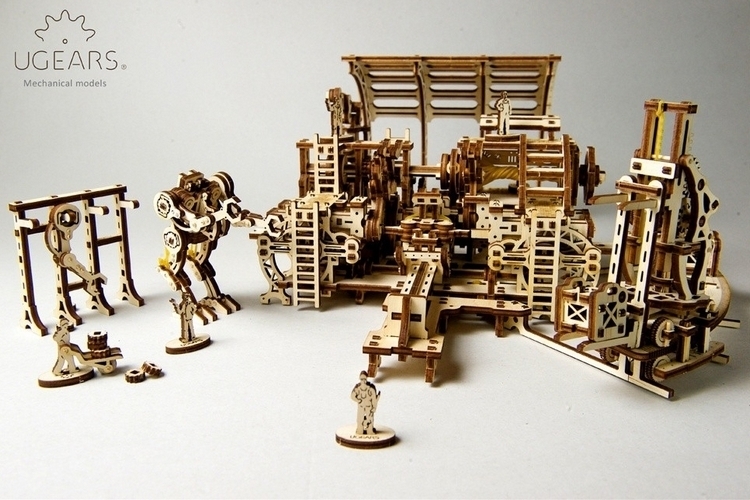 Truth be told, a modern robot factory probably doesn’t look anything like the Ugears Robot Factory. If you’re into putting together a steampunk-themed version of one, however, then you’ll definitely be interested in this wooden 3D puzzle.

A 3D model of a robot factory, the puzzle lets you assemble a complex-looking assembly line filled with gears, levers, and other elements of steampunk machinery. Whether you’re a robot geek, a fan of steampunk models, or just some dude who wants a new 3D model to build on the weekend, this thing should have you duly covered. 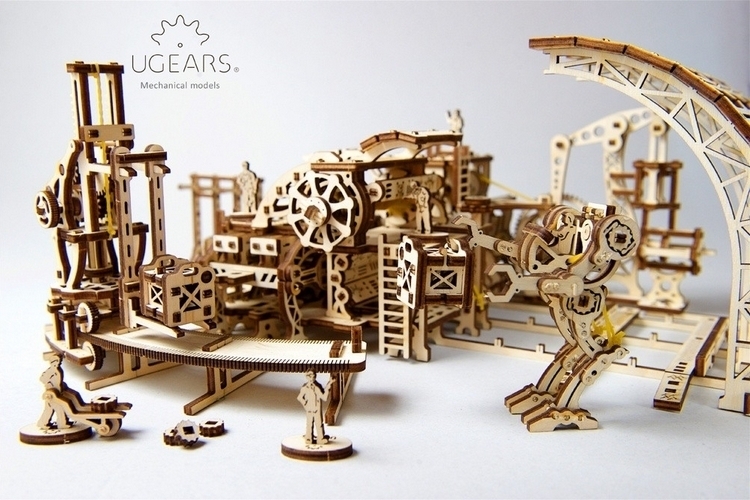 The Ugears Robot Factory is a 598-piece 3D puzzle that lets you put together a robot workshop with a quasi-Victorian steampunk theme. No, it’s not just a static model, either, as the factory has functional moving parts that allow you to manufacture little wooden robots the way it would actually happen if this was a real assembly line. Seriously, with all the little gears turning, axles moving, and joints bending to assemble the robots, there’s plenty to admire here long after you’ve finished the puzzle.

To commence building a robot, simply put all the different robot parts in place, turn the wind-up mechanism, and watch the robot get built on the assembly line. Once it’s at the end, you simply need to manually attach a couple of nuts to secure the robot’s arms and legs in place to finish your brand-new articulated robot. We don’t know how many robots’ worth of parts are included, so you can’t quite use a single set to build a wooden robot army, although you can buy multiple sets if that’s what you have in mind (we’re not quite sure if they sell the robots separately). 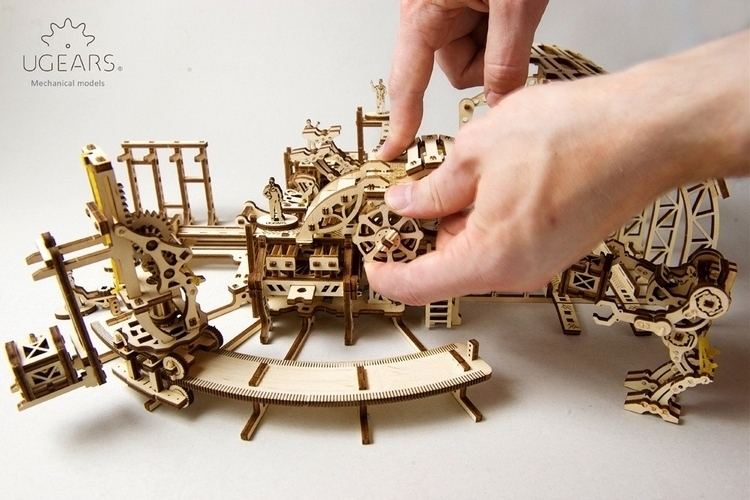 The Ugears Robot Factory requires no glue for assembly, with all the parts slotting together using built-in connectors. Do note, you will need to use rubber bands in some sections of the build, where they act as belts to help make all the mechanical parts run. The factory, by the way, churns out fully-articulated robots with moving joints in the arms and legs, apart from being able to rotate its body. Other elements include a monorail that allows the forklift to move forwards and backwards, a ramp, small freight crates, and miniature wooden figures representing factory workers. Oh yeah, there’s also a Stirling steam engine powering the entire thing (it’s only decorative, though, so don’t actually expect it to work). 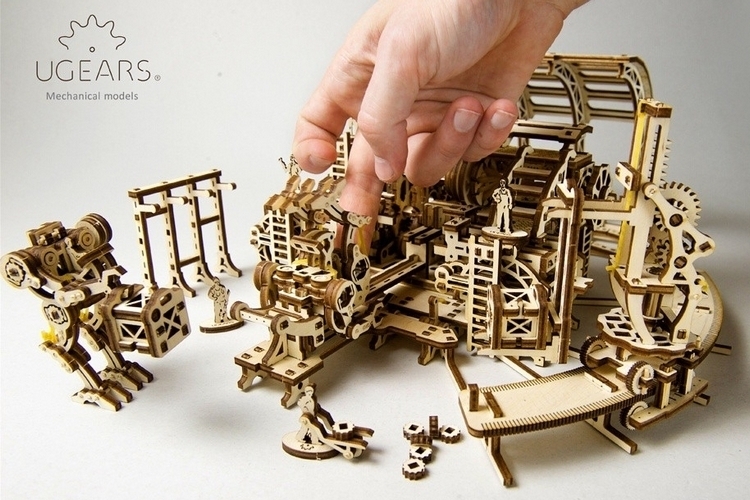 Construction is plywood for all the parts, so this should hold up to hours upon hours of play. Once assembled, the whole thing measures 17.5 x 11.4 x 5.7 inches, which should make it quite the fine display piece when set down a shelf. In case the whole thing looks complicated, it kind of is, although it does come with full-color printed step-by-step instructions to guide you through the building process. Ugears, by the way, recommends it for kids 14 and above. 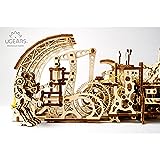