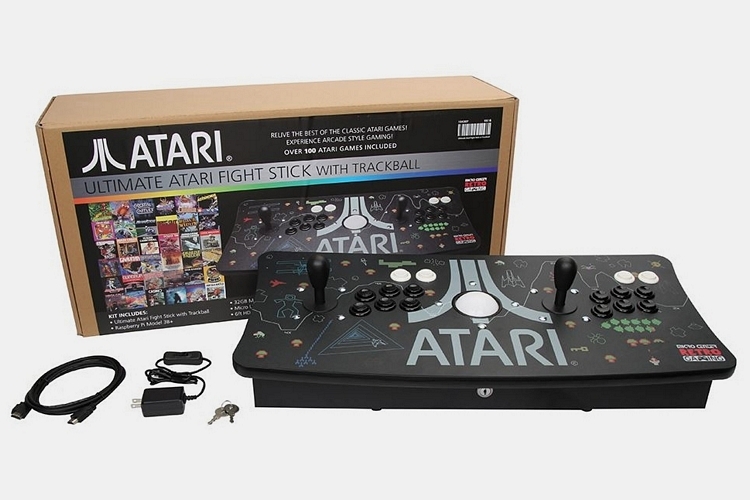 There are plenty of joystick-based controllers out there that you can use to play classic arcade games like you’re in an arcade mall in the middle of 1991 all over again. They’re awesome. Problem is, they’re just controllers, so you’ll still need a PC, a console, or whatever other platform they support to get a proper game going. The Ultimate Atari Fight Stick with Trackball makes things easier by putting a built-in computer with 100 games inside the arcade gamepad, so you just plug it in to a TV to get your fill of retro button mashing.

That’s right, this erstwhile standard-looking joystick controller is a standalone arcade console that lets you play classic 80s titles without having to add anything else other than a TV. No PCs, no consoles, no phones, and no tablets needed – just plug it in to a wall outlet, hook it up to a TV, and you’re ready to game. 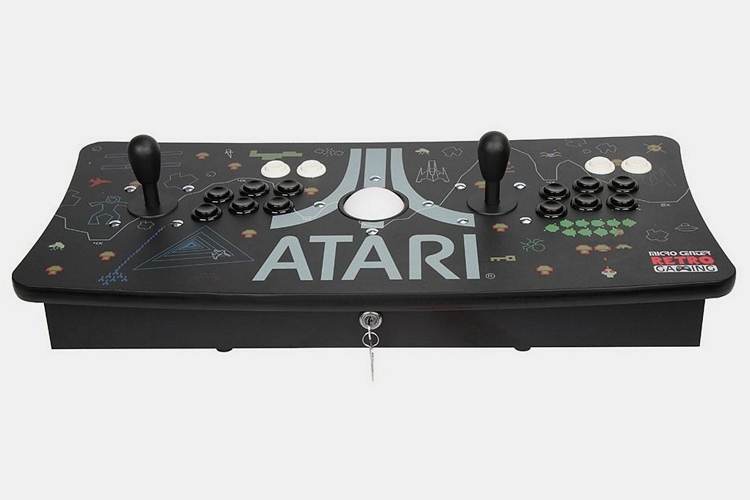 The Ultimate Atari Fight Stick with Trackball is actually an updated version of Micro Center’s original fight stick controller from earlier this year, which required you to add your own Raspberry Pi board computer to get everything running. Well, this iteration simplifies the whole thing by throwing in a Raspberry Pi 3B+, which uses a 1.4Ghz 64-bit Cortex A53 SoC, inside the enclosure, so you can skip that entire step entirely. Even better, they added a large trackball in the center for navigating menu items, sparing your joysticks from the unnecessary action, so you can keep the arcade controls focused on their life’s true purpose. Oh yeah, the trackball is also useful for games that originally used a trackball as part of their controls schemes (e.g. Missile Command). 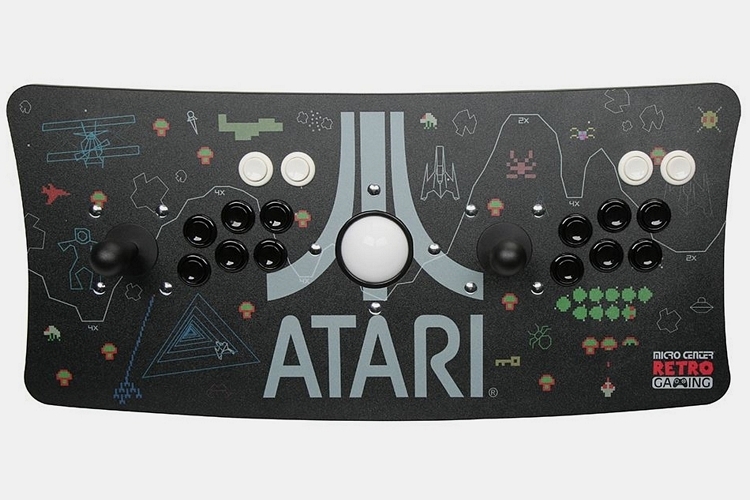 It retains the same controls that made the original version very popular among retro gaming fans. As such, it has two sets of controls to support two-player versus and coop games, with each player getting an 8-direction bat-top joystick, six action buttons, and two function buttons, all of which, the outfit claims, deliver great responsiveness and control for a genuine arcade feel. 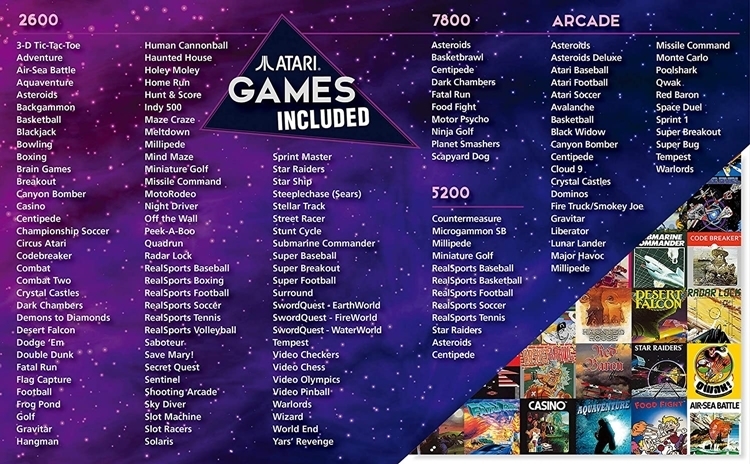 The Ultimate Atari Fight Stick with Trackball comes with an SD card that’s been preinstalled with Raspberry Pi OS and 100 licensed games from the Atari 2600, 5200, and 7800 home consoles, so you can just go ahead and plug it in to start playing instantly. The preinstalled games include titles such as Asteroids, Centipede, Missile Command, Crystal Castles, Atari Football, Breakout, and more. Since the SD card is removable, you can also use your own SD card with whatever compatible OS and game ROMs you want, allowing you to use the arcade gamepad to play any title from your retro game collection. As with the previous non-trackball version of the arcade, the top of the cabinet is removable by way of the integrated hydraulic lifters, making it easy to access the internals for maintenance, upgrades, and integrating the arcade rig into your own projects.

The Ultimate Atari Fight Stick with Trackball is available now from Micro Center, priced at $169.99. 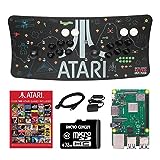