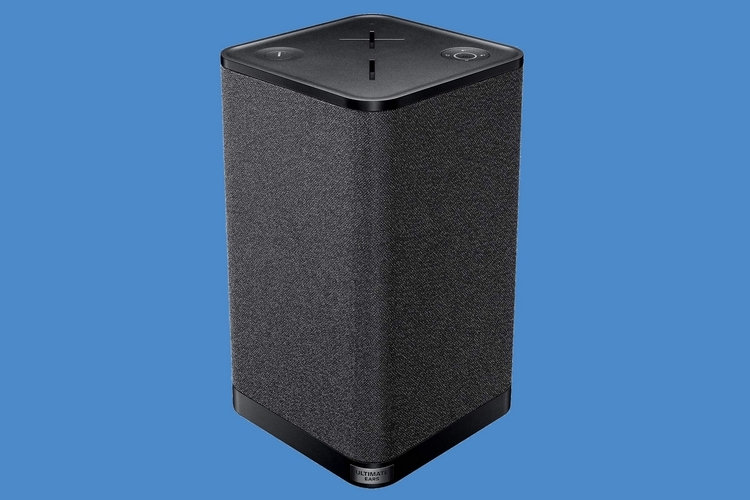 We don’t know if we actually want to call the Ultimate Ears Hyperboom a portable speaker. It’s bigger than some home speakers we’ve owned, after all. Still, it’s battery-powered and sized just right for moving around from spot to spot, making it a viable speaker for taking along on the road.

Billed as a “party speaker,” it’s the biggest portable boombox in the outfit’s lineup, allowing you to fill the air with sound, whether you’re holding a house party in your apartment, a roof party at your building, or a tailgate party in the parking lot. Seriously, this thing is built for big sound, ensuring everyone in the vicinity can appreciate the music, no matter how crowded the party gets. 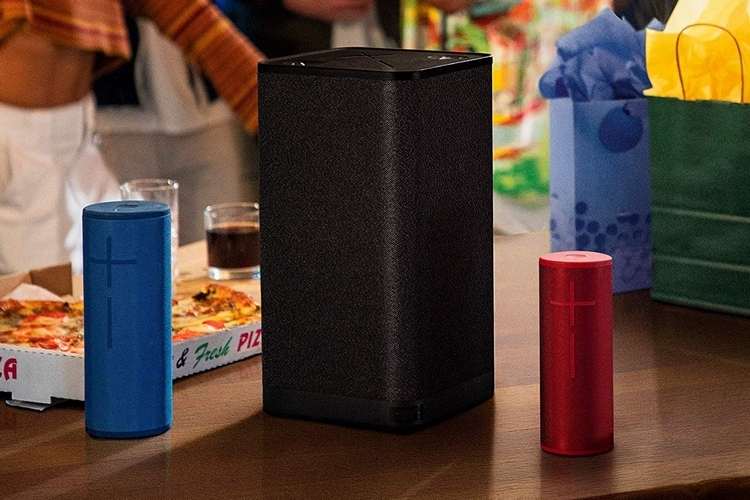 The Ultimate Ears Hyperboom measures 14.3 x 7.5 x 7.5 inches (height x width x depth) and weighs a whopping 13 pounds, so this will take up plenty of room and add quite a bit of heft if you decide to transport it in your backpack. For that extra size and weight, however, you get a whole lot of sound, with the two 4.5-inch woofers, two 1-inch tweeters, and two 3.5-inch passive radiators the speaker has onboard. Those drivers are tuned to deliver what the outfit describes as “beautifully rich sound with big booming bass” – the kind of sound you want ringing out at any popping party. And it gets loud with the ability to play music at up to 100 decibels.

Unlike many modern speakers that come with both Bluetooth and Wi-Fi, it sticks to just Bluetooth. That’s because this is designed strictly for music playback, with none of the smart features found in many modern speakers. Why not? Apparently, portable speakers with smart assistants don’t sell well because people don’t like talking to Alexa on the road. And we don’t think they want to talk to it when they’re partying either. It’s also got an auxiliary and optical input for plugging in to tethered music sources. 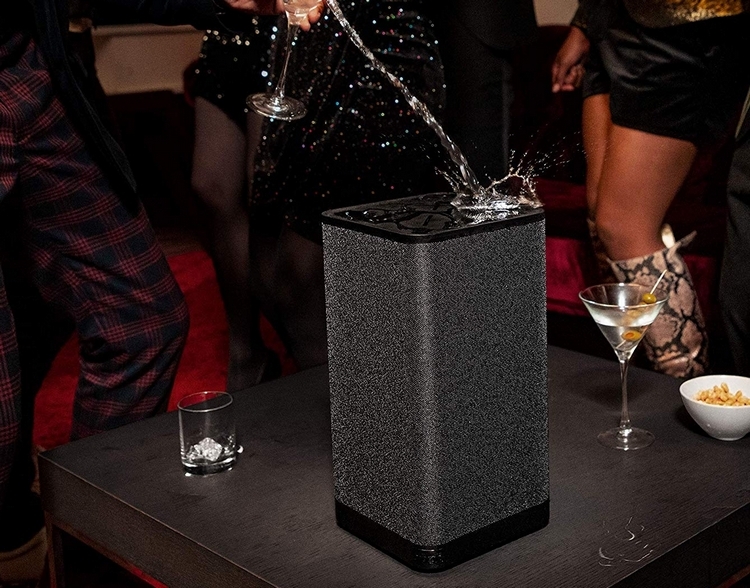 The Ultimate Ears Hyperboom has an adaptive equalizer that automatically adjusts its settings based on the environment it’s in, allowing it to tune the sound for optimal listening, regardless of whether you’re in a ballroom, a rooftop, or an open park. It’s also IPX4 rated for water resistance, so it can take spills and splashes from all the libations flowing at your party without any worries, while the onboard battery allows it to run for up to 24 hours between charges. Because it holds so much juice, you can even use it as a power bank, allowing you to charge your phones, action cams, and other mobile devices. 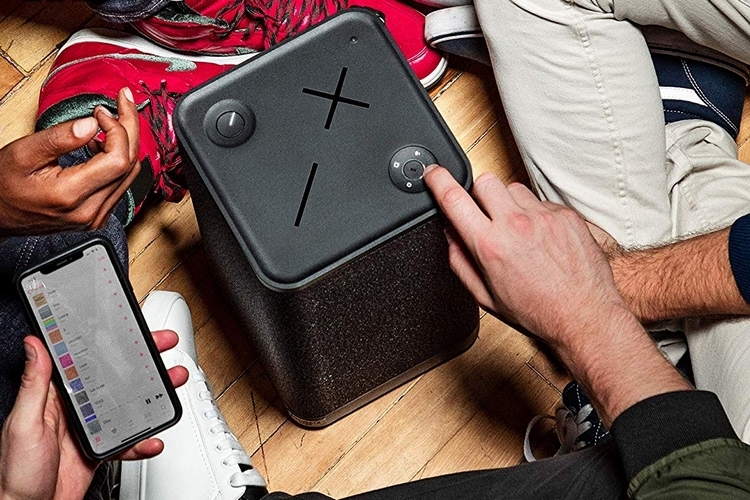 It supports simultaneous pairing from four different devices, allowing you to switch between them with a quick press of a button, all while being able to connect with any Boom, Megaboom or Hyperboom speaker from the outfit. All controls, by the way, are situated at the top of the speaker, with large capacitive buttons making it easy to control playback, switch music sources, or even trigger the adaptive equalizer.