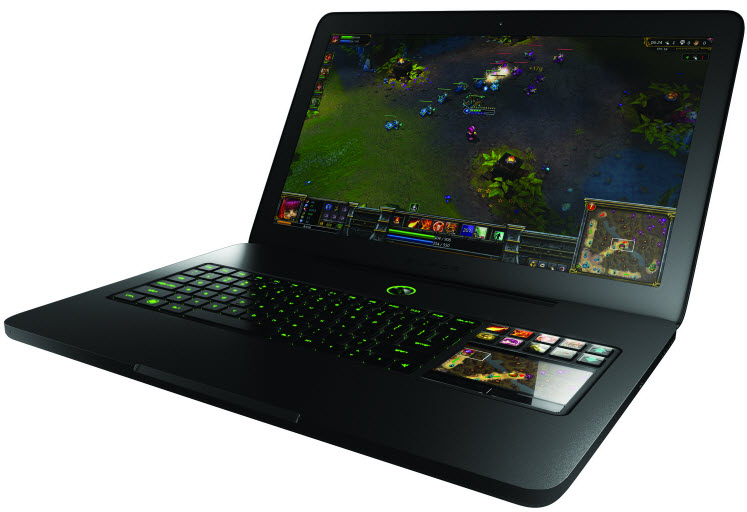 Declaring PC gaming dead doesn’t warm Razer’s heart.  And the erstwhile mouse and keyboard company is doing something about it.  Just take one look at their newly-announced Razer Blade gaming laptop and tell me it doesn’t get you excited.

Dressed in a machined aluminum chassis measuring just 0.88-inch thin, it’s one heck of a stunning computer.  Even with the 17-inch body and the 6.97-lb. weight, I doubt PC gamers will mind bringing this along to park their asses at a Starbucks for hours of Starcraft immersion. 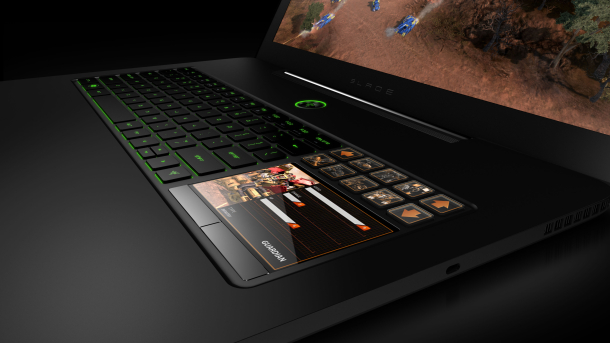 It doesn’t end there.  The right side of the keyboard holds 10 programmable gaming keys, all of which can display custom icons on their faces (similar to Art Lebedev’s Optimus keyboards).  Below the special keys is a large touch pad that’s actually a touchscreen display itself.  When a mouse is connected, it acts as a secondary screen that you can use for whatever purpose a second tiny monitor serves you.

While the Razer Blade isn’t quite as revolutionary as the company’s Razer Switchblade concept, it’s still quite the handsome machine that could prove to be the definitive gaming laptop (at least, for the next six months or so).  Hopefully, the cooling system doesn’t suck because these gaming rigs can get pretty crazy in the temperature department.  It will be available in the fourth quarter, priced at $2,799.99.