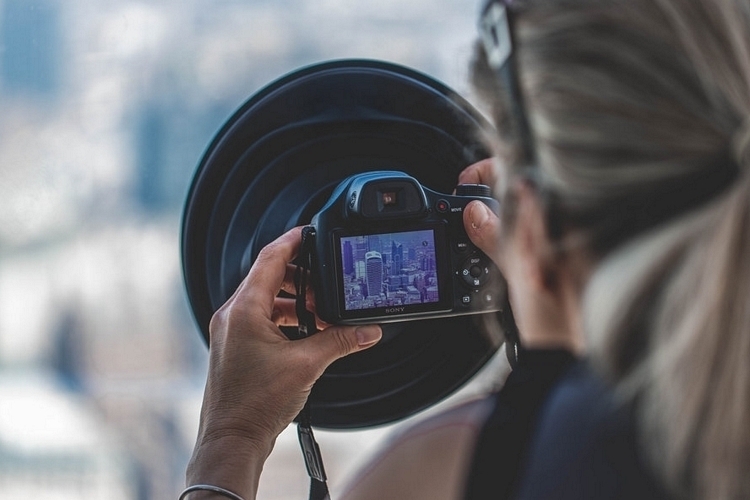 Ever took a photo through a glass window and ended up with a gorgeous shot that’s ruined by serious glare? Yeah, it’s a problem. Sure, you can use a polarizing filter, but it’s hardly a perfect solution, working only at certain angles and occasionally altering your shots. The Ultimate Lens Hood offers a better alternative.

A literal hood for your lens, it’s a contraption that wears over the lens of your camera, blocking out all ambient light, so it’s always brighter on the other side of the window. That way, you can take photos and videos through glass windows without having to deal with glare and reflections, regardless of the time of day, whether you’re doing it from a moving bus, an observation deck at the top of a building, or a hotel room on a particularly rainy day. 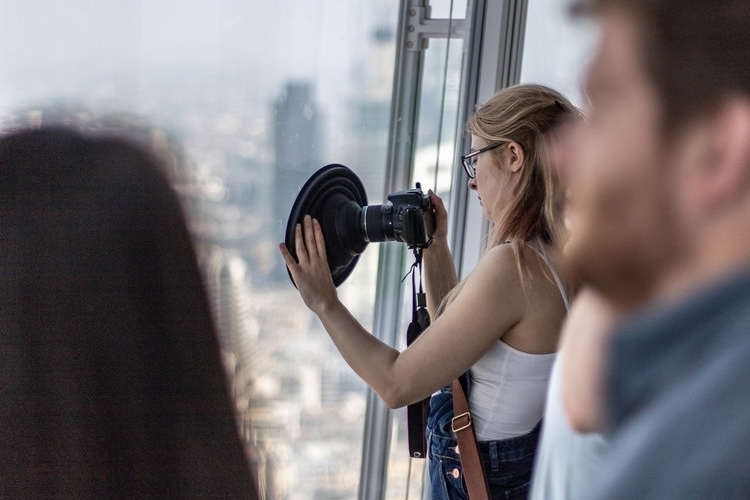 The Ultimate Lens Hood comes in a cone shape, with an elastic silicone construction that allows the smaller opening to stretch to fit most lenses, even with a rigid hood on, all while retaining its shape so you never have to worry about the darn thing folding over your lens during a shoot. That means, there’s no need to hold the hood whatsoever, so you can keep your hand on more important things. The large opening is designed to rest flush against glass surfaces with no adhesive or suction involved, so it will leave no marks regardless of how long you use it.

When used to shoot through glass windows, the hood blocks out all light around the lens, so it’s way darker in there than whatever scene you’re shooting outside. That eliminates the presence of reflections on the glass, allowing you to shoot the bustling scene outside as if there’s no glass separating you from it. When shooting in daylight, the hood also ensures there’s no glare from the sun, so you never have to deal with unwanted light on your shots. 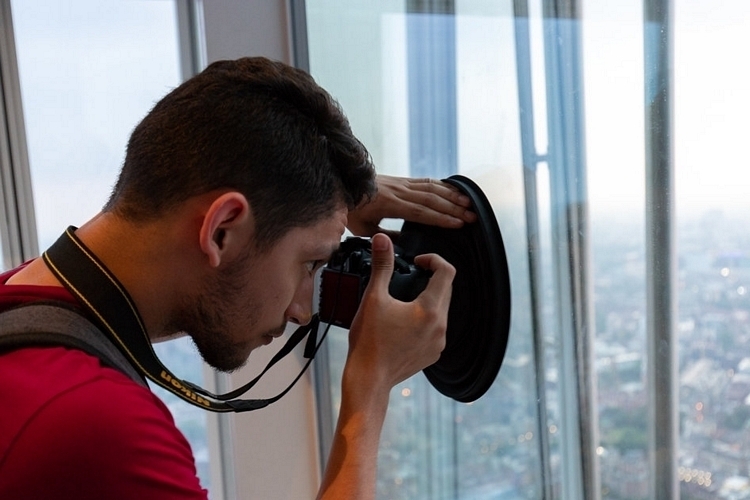 The Ultimate Lens Hood can fit any lens body measuring 60mm and larger, with the outfit claiming to have fit-tested it successfully over a number of lenses, the largest being a 128mm diameter Canon lens, so it’s pretty versatile. When you’re not shooting behind a glass, the hood can even be used as a camera cover – just slip it over your camera starting with the large opening to give your precious equipment an extra layer of protective shell. 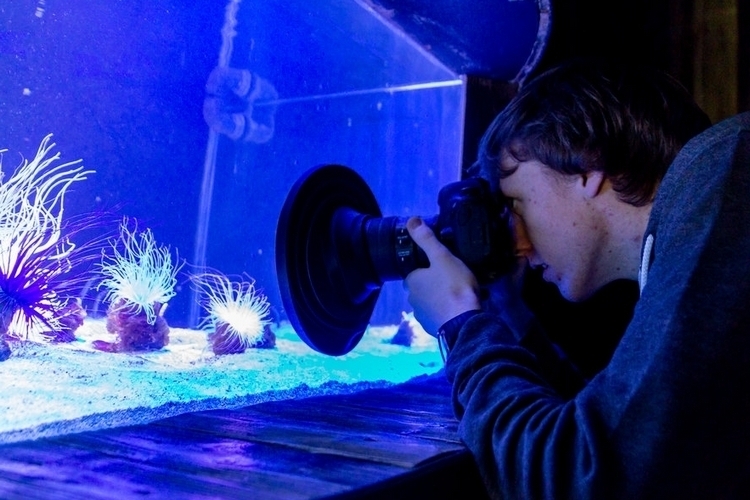 Because it’s designed for lenses upwards of 60mm, you can tell this is aimed at people who use mirrorless cameras, DSLRs, and bridge cameras, so it won’t be of much use to anyone who shoots using cameras with small lenses. They do, however, offer a smaller version of the accessory, which is designed for point-and-shoots, M43 lenses, and even those tiny smartphone lenses, although you’ll have to hold it in hand when using with the latter because the lenses are too small to support the hood on their own.

The Ultimate Lens Hood has recently finished a successful Kickstarter campaign. They’re currently in production, but are continuing to receive preorders over at Crowdox.