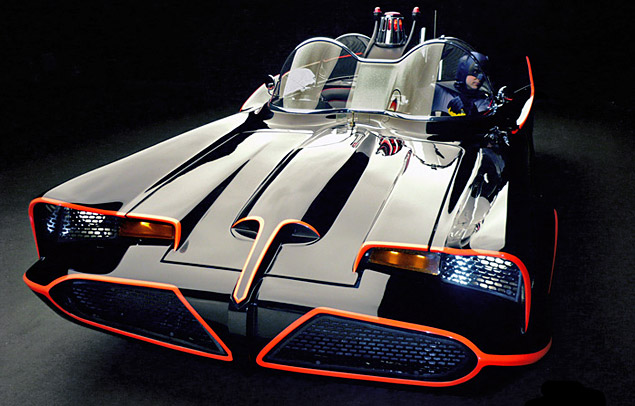 If you’re going to drop cash on a vintage car, might as well make it a vintage superhero car.   Just like this one: an officially licensed 1966 Batmobile Replica based on the car used in the classic TV series.

Built by Fiberglass Freaks, the vehicle features an intricate recreation of the original’s details, from the intricately-fashioned body to the paint job to the cabin interior.  It mirrors the Caped Crusader’s classic vehicle so accurately that you’re likely to mistake it for a prop, so imagine people’s surprise when they see you driving it down the road. 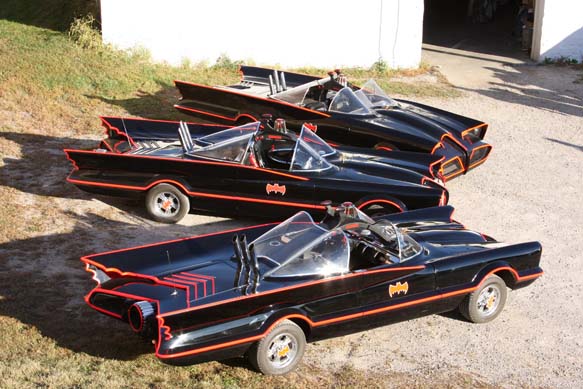 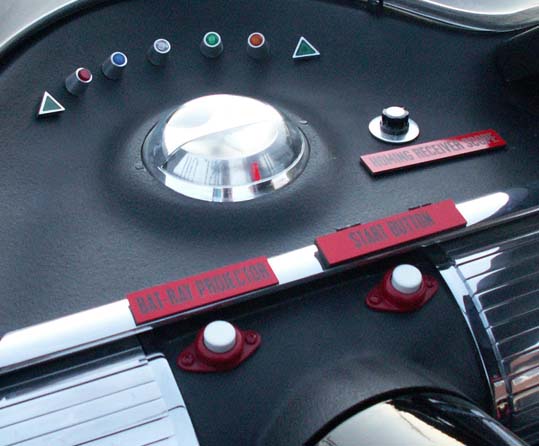 Cabin hosts chrome-painted seat buckets, a phone pedestal with a Batphone and an aluminum roll-top dashboard with the usual in-car fare (switches, gauges, a DVD player with a 7-inch LCD).  Of course, no Batmobile is complete without gadgets and this has plenty, like a rocket exhaust flamethrower, red beacon light flashes, the detect-a-scope radar screen and a Batbeam antenna.

Every 1966 Batmobile Replica is numbered, with only eight units produced per year.  It takes a minimum of six months to build one, with actual delivery date depending on the number of orders on the pipe.  The above specs  belong to the Super Elite edition, which retails for $150,000.