Scientists Invent A Way To Unboil Eggs In Five Minutes 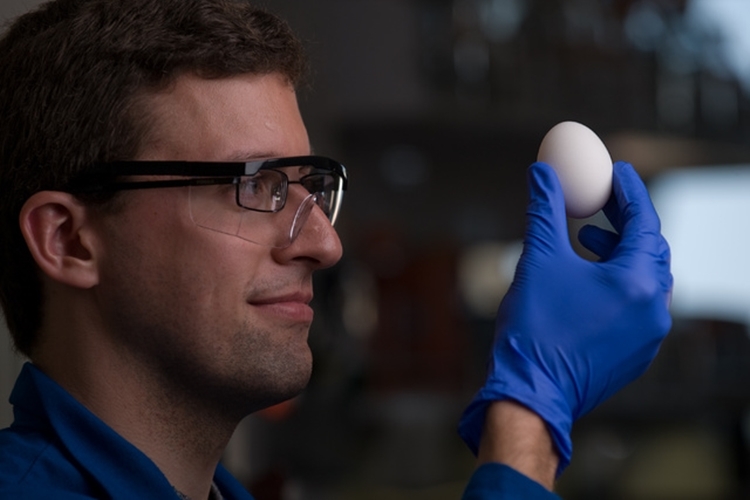 Science is awesome, letting us build useful things like exoskeletons with superhuman strength, tractor beams, and artificial human brains. This time around, science brings us something equally as fascinating: the ability unboil eggs after they’ve finished cooking. Really.

While it doesn’t sound extremely useful, it actually is. Apparently, the process behind turning hardened egg whites back into fluid form has the potential to help lower the production cost in several industries.

In the research published by chemists at UC Irvine, they describe a device for pulling apart tangled proteins and getting them to refold, allowing them to harden an egg by boiling it for 20 minutes at 194 degrees Fahrenheit, then restore it back to the original liquefied form. To achieve that, they added urea, one of the main substances in urine, to the cooked egg whites, which untangle the knotted proteins by chemically breaking them down. Once that finishes, they pour the resulting solution into a “Vortex Fluid Device,” which pieces the egg white’s broken proteins in untangled form within just five minutes.

That ability to produce results within a short amount of time is the critical element here, shaving a lot of time off previously-tested methods for reconstituting proteins, which usually stretch for several days. The scientists have filed a patent for their method, which they hope will find use in many applications, including the production of many cancer drugs, which rely on the creation of specific proteins for their formulation.