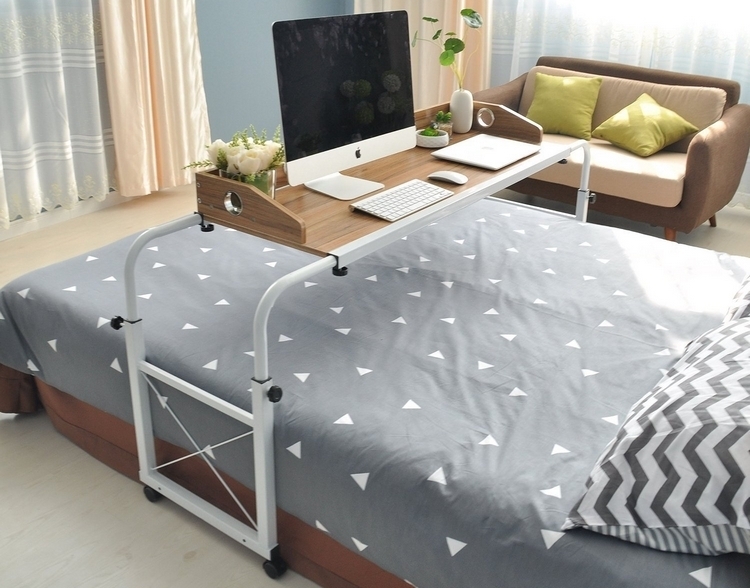 Overbed tables are nothing new, having long been fixtures in hospitals for feeding bedridden patients. Of course, some people have repurposed the hospital furniture as a tool for daily use, allowing them to work in a laptop without having to leave the bed.  If you’re going to use an overbed, though, might as go full blast and pick up the Unicoo Overbed Table.

Unlike traditional overbeds that put a small tabletop by the side of your mattress, this thing slips a full-sized work desk right over the bed. That way, you can work, play, and scroll through Facebook all day as you normally would when you’re on a work desk without having to abandon your bed’s warm and comfortable confines. 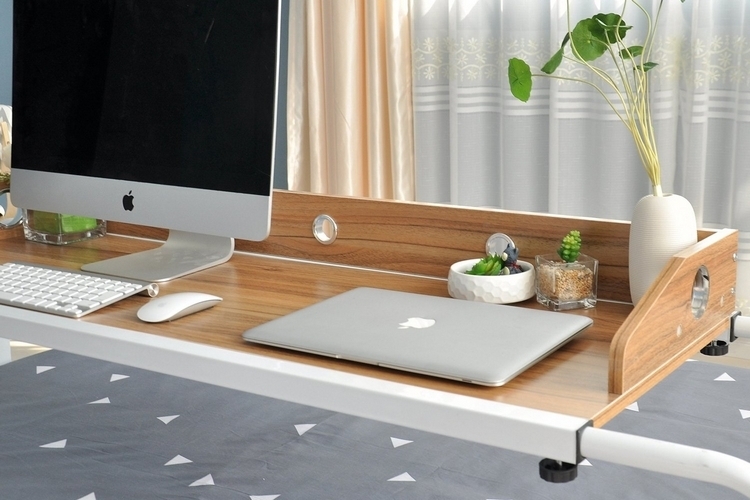 The Unicoo Overbed Table consists of a wooden tabletop that’s bolted to a steel frame. That frame is adjustable in both height and width, allowing it to accommodate everything from a twin to a California king size, with four casters allowing you to easily move it around the bedroom. Just keep it in the foot of the bed when you’re not using it and pull it in once you get the urge to get some work done. 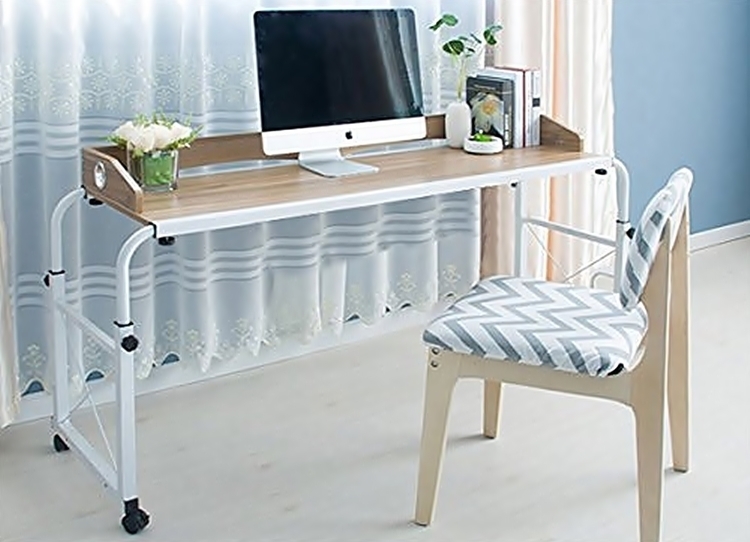 While designed for use in bed, the table can be used as a standalone workstation by simply pushing it against the wall and placing a chair underneath. It ships flat packed, by the way, and can be assembled with nothing but a screwdriver in just 10 minutes.

Available now, the Unicoo Overbed Table is priced at $99.99.