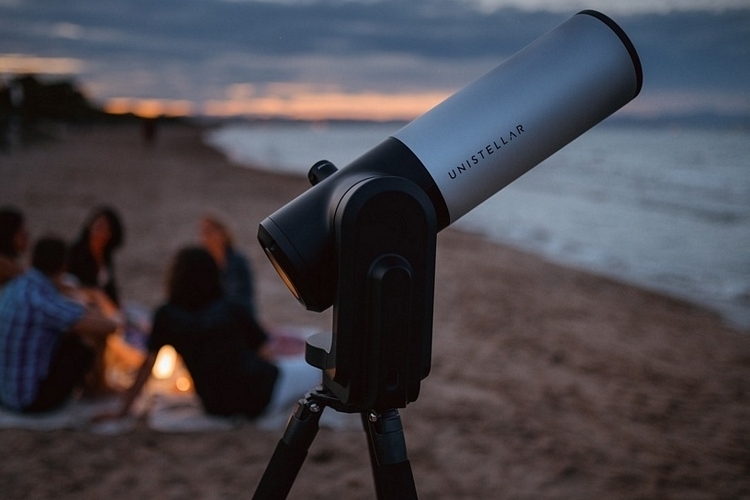 Three years ago, Unistellar introduced their “enhanced vision telescope,” a consumer-grade astrophotography device that can match the performance of larger and more expensive professional-grade equipment by employing a number of proprietary smart technologies. The Unistellar eVscope 2 is the next evolution of that original telescope.

Billed as “the most powerful consumer space instrument,” the device continues its predecessor’s impressive function, giving amateur astronomers a way to explore the deep skies without the need for expensive machines. Whether you want to observe passing comets, nearby planets, or celestial bodies millions of lightyears away, this thing puts the power to do that within your reach. 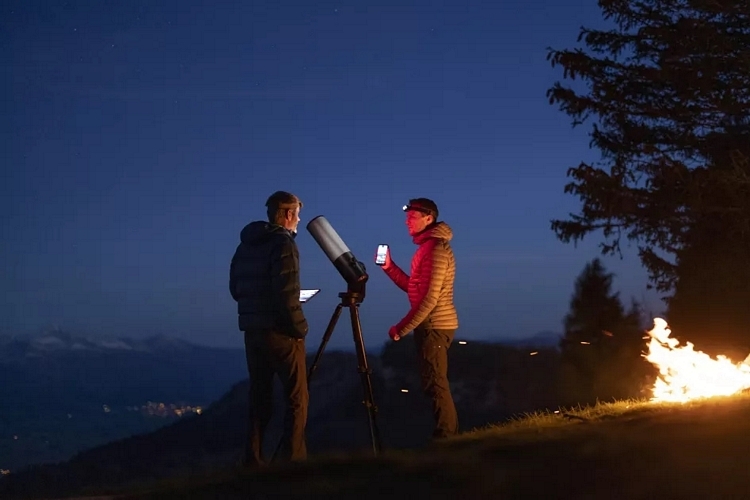 The Unistellar eVscope 2 uses the same proprietary systems as the original model. There’s the “Enhanced Vision” optics that allow the live observation of distant objects by the continuous accumulation of the light received from them, along with 50x optical magnification and 400x digital magnification. Do note, this means objects won’t immediately appear in your sights, as the farther they are, the more time they will require to accumulate enough light for an observable image. It also brings back the “Autonomous Field Detection” that allows the optics to calibrate itself in just under a minute at the push of a button, all while making the telescope’s automated tracking and pointing system possible. According to the outfit, it remains as the most user-friendly telescope in the market because of that.

One of the original eVscope’s best features was its “Light Pollution Reduction,” which eliminated the noise, blurring, and distortion that usually happened when you used traditional consumer telescopes in crowded city environments. Well, that’s back in this iteration, with the telescope able to identify, filter, and remove background light from the images it receives, giving users clear images with defined contrasts and precise colors, regardless of the prevailing brightness in the city skies. 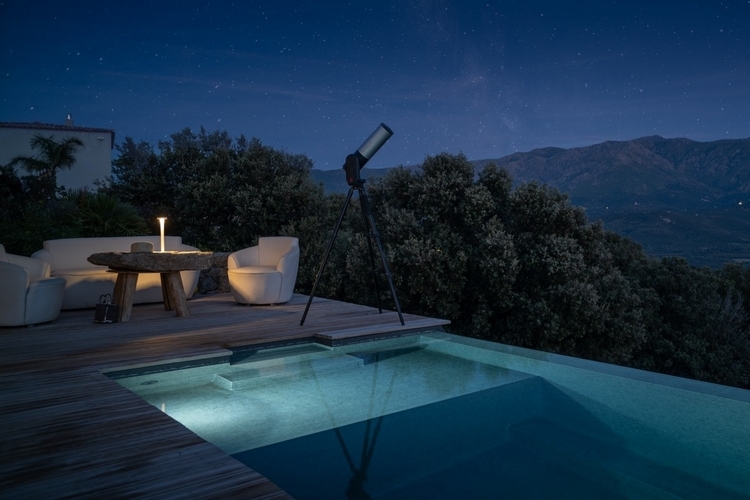 The Unistellar eVscope 2 is equipped with an IMX3467 sensor, which boasts low-light detection with enhanced resolution and a wide field of view.  It has a 450mm focal length, a 4.5-inch mirror, and a focal ratio of f/4. The sensor is paired with a new Nikon electronic viewfinder, which uses a micro-OLED display and a sophisticated array of lenses to “achieve a level of visual definition and clarity that’s unsurpassed in a consumer digital astronomical telescope.” It has a built-in battery that will keep the system running for up to 10 hours between charges. 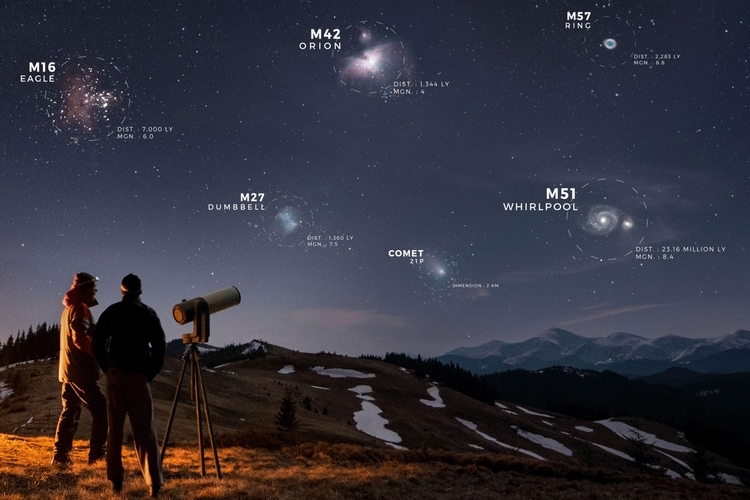 A companion app (iOS and Android) designed to work with the telescope comes with over 5,000 celestial objects in its catalog, while a motorized mount allows the app to communicate with the onboard computer to direct at which part of the skies the device’s optics are pointed. That’s right, you can choose any of the objects from the app, tap on it, and the telescope will automatically orient itself towards it, essentially simplifying the observing experience, so you don’t have to waste hours just meandering at the emptiness of space. Other features include a tripod with integrated level, a transport backpack, and 64GB of onboard storage.

The Unistellar eVscope 2 is available now, priced at $4,199.