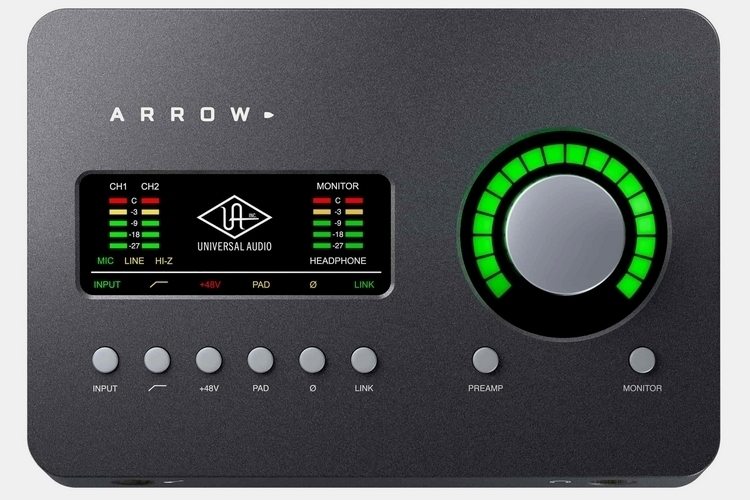 Recording music on your laptop usually means hooking up an audio interface – one that will let you connect professional microphones, musical instruments, and other signal sources to the computer. They’re quite the integral equipment for any musician and DIY studio engineer. While Universal Audio has been one of the bigger names in the space with their Apollo line of products, they haven’t quite paid attention to those folks who like to record their music on the go. That changes now with the Universal Audio Arrow.

A portable audio interface, the device puts the outfit’s vaunted AD/DA conversion tech into a compact shell that you can easily take outside of the studio.  Whether you want to record music while traveling in a van, jamming in the park, or running from aliens in a post-apocalyptic world, this thing lets you do just that provided you’ve got a working laptop around. 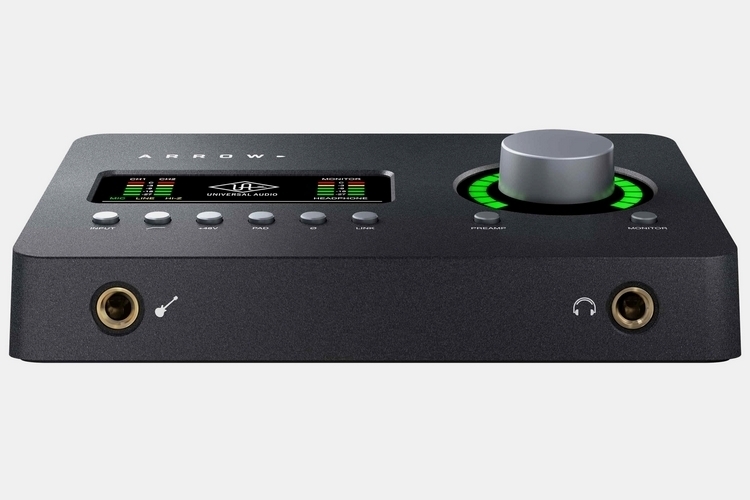 The Universal Audio Arrow is a plug-and-play audio interface, which means you should be able to integrate it with Pro Tools or any other software you’re using without much extra work. It’s the first product from the outfit to come with a Thunderbolt 3 port, which means you can hook it up to newer computers without special adapters. Even better, it doesn’t require an external power source (it will draw power from your computer), so you can literally use this without a power outlet in sight, making it perfect for recording on-the-go. The same bus-powered setup also means it will make for a neater option for your desktop at home, since there’s going to be less wires getting in your way.

It comes with two Unison microphone preamps, which boast “the tone, touch and feel of the world’s most sought-after tube and transformer-based mic preamps and guitar amplifiers.” Both preamps come with XLR inputs in the rear, where they sit along with left and right monitor outputs. Out front, you get a quarter-inch Hi-Z guitar input and a 3.5mm headphone output. 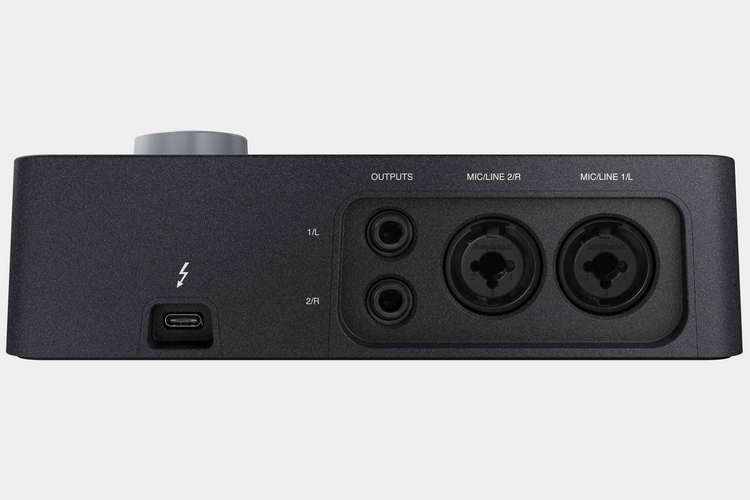 While it’s smaller than the outfit’s usual interfaces, the Universal Audio Arrow sports a similar interface that’s made of buttons, an indicator panel, and a multi-function rotary encoder wheel, which you can use to easily adjust preamp and monitor levels, among other things. Equipped with a UAD-2 Solo Core processor, it boasts real-time processing with near-zero latency tracking for all UAD plugins, regardless of the audio software’s buffer setting, so all your music will be sound the way you wanted them to be recorded, while 6GB of onboard storage allows you to load up a good load of plug-ins. 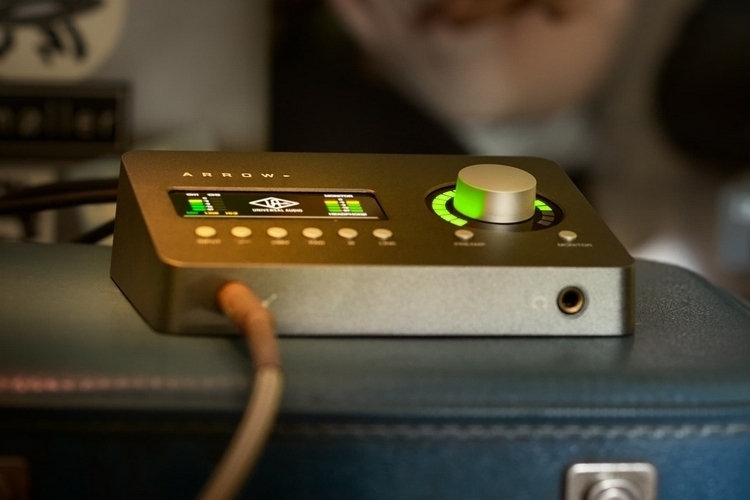 It comes with Universal Audio’s Realtime Analog Classic Bundle, a set of 14 plug-ins that include studio compressors, EQs, reverbs, and guitar amp emulations. You can, of course, expand your range of emulations by purchasing new plug-ins, although that can get expensive pretty fast. Then again, if you’ve been recording at home using UAD analog emulators, you probably know that by now.

Want one? The Universal Audio Arrow is available now.