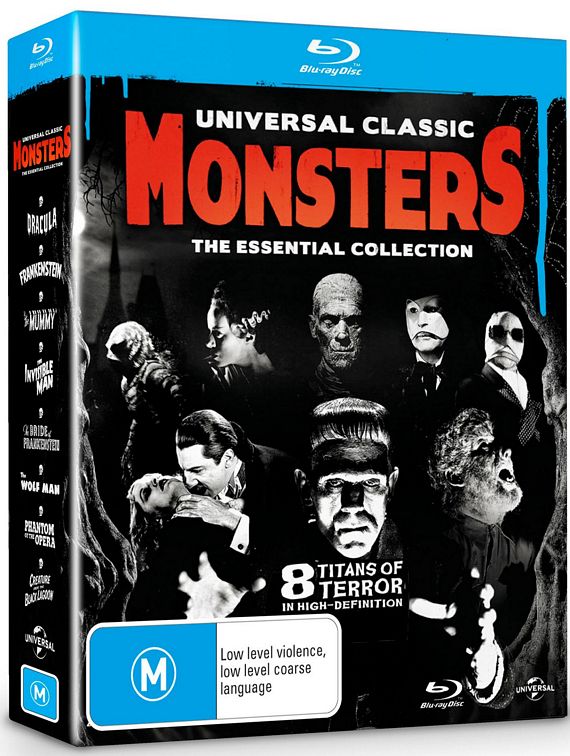 It doesn’t matter which decade you find yourself in — monster movies will always have a place in the world.  And while our current times seem to fancy mutated zombies and teen idol vampires more than any other scary creatures, there was a time when ugly supernatural monsters reigned supreme.  Well, you can dip yourself into that era of horror with this Universal Classic Monsters release on Blu-ray.

Containing some of the most memorable titles from Universal’s classic horror library from the 30s, 40s and 50s, the collection is as great an introduction as you can ask for from the studio that, pretty much, invented the horror genre.  It’s a definite must-have for horror buffs and an excellent starter kit for those curious about where all these iconic creatures that spawned innumerable remakes originally came from. 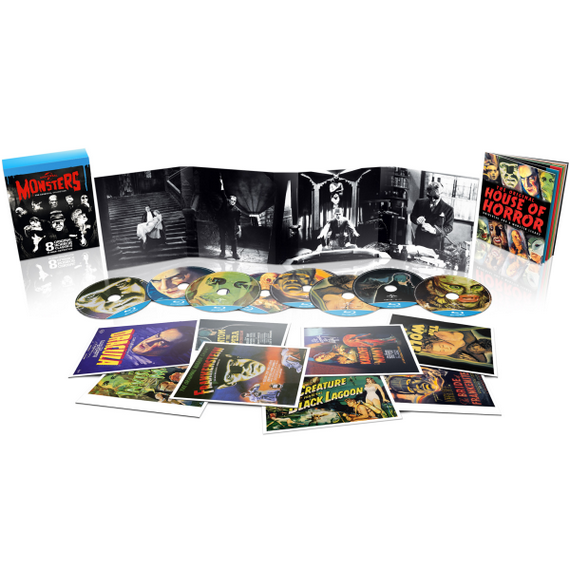 The Universal Classic Monsters contains eight films: Dracula, Frankenstein, The Wolf Man, The Mummy, The Invisible Man, Bride of Frankenstein, Phantom of the Opera and Creature of the Black Lagooon.  Each one has been cleaned up and upgraded to 1080p, ensuring even longtime fans who’ve seen these movies multiple times will find new details in each scene, with the original mono audio remastered to DTS HD Master Audio stereo.  Original presentation is retained, so most of the movies are in black and white (except Phantom of the Opera, which was shot in color) and in 4:3 aspect ratio (except Creature from the Black Lagoon, which is widescreen).  An additional 12 hours of bonus video is included, along with a collectible booklet.

Amazon has the Universal Classic Monsters on Blu-ray available now, priced at $79.99.