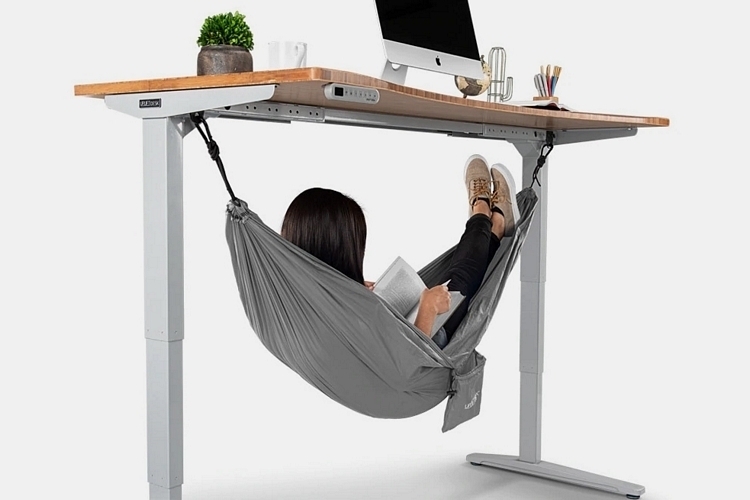 Standing desks are great, as they let you get work done on a desk without having to sit on your bum all day. If you actually prefer resting your legs while hunching over a computer, though, you won’t find them much use. At least, that’s what we thought until the Uplift Under Desk Hammock came along.

That’s right, it’s a hammock designed to be hung under the desk, so you can lie down while rocking side-to-side right in the middle of the office. Specifically, it’s designed for the Uplift V2 Standing Desk, an adjustable-height desk that you can set up such that there’s ample space beneath the top for a hammock, giving you a relaxing place to review documents, answer emails, and ponder about the important questions of life. 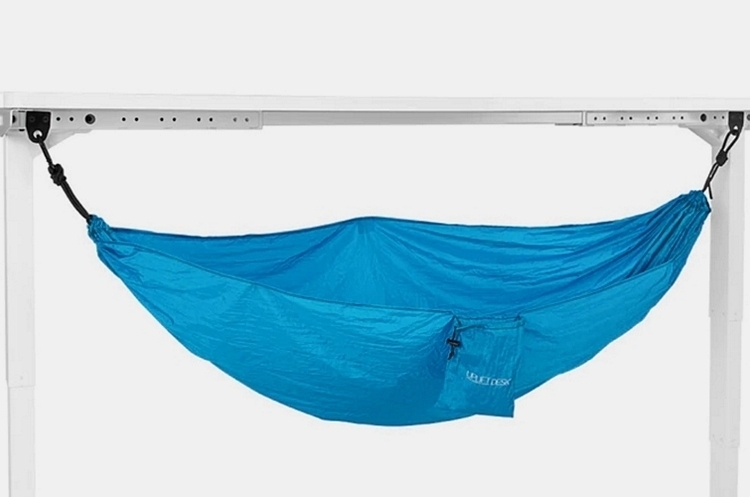 The Uplift Under Desk Hammock is an erstwhile standard-looking hammock, with its cocoon shape, roped ends, and sturdy fabric material. In fact, you can use it like any regular hammock, with two sets of 6.5-foot ropes that you can use to tie it around trees, poles, and other fixed structures. Unlike traditional hammocks, though, the long ropes can be removed and replaced with carabiners that you can use to quickly hook it to any compatible hardware.

In the case of the Uplift V2, the desk comes with anchor plates that you can use to attach accessories beneath the desk. Just install that on the desk and use them as loops for attaching the carabiners, allowing you to set up a hammock in a jiffy. As far as using with other desks, the hammock should be compatible, provided there’s a facility for attaching the carabiners. Granted, that’s something that desk-makers typically don’t think about when designing their furniture pieces, so you will likely have to rig up a DIY solution if you want to use it for your own standing desk. According to Uplift, the hammock should work with any standing desk that measure at least 72 inches wide, provided they don’t have a crossbar that can get in the way of a suspended bed underneath. 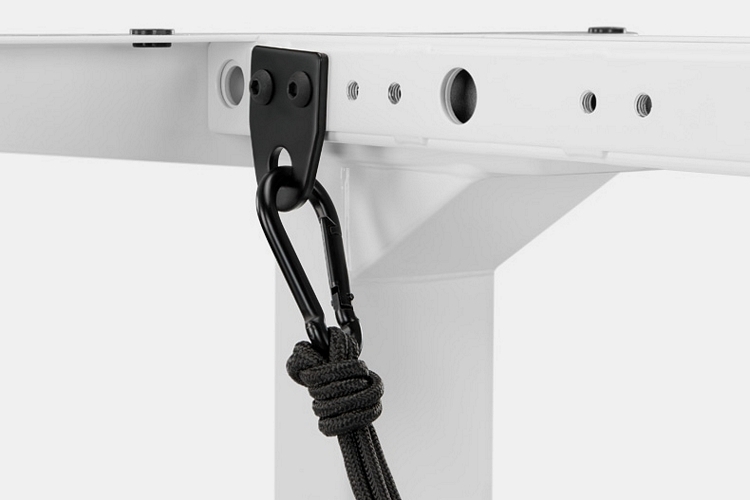 The Uplift Under Desk Hammock can support up to 400 pounds when tied onto trees, although when used under desks, the outfit recommends limiting the load to just 200 pounds to ensure that the desk frame adequately supports it. The hammock, by the way, comes with a pocket on the side, where you can keep your phone and other valuables while getting lulled in its relaxing cocoon. That same pocket also serves as the hammock’s storage bag – just fold the entire thing onto it when not in use, so that you can keep the whole thing in a drawer somewhere. 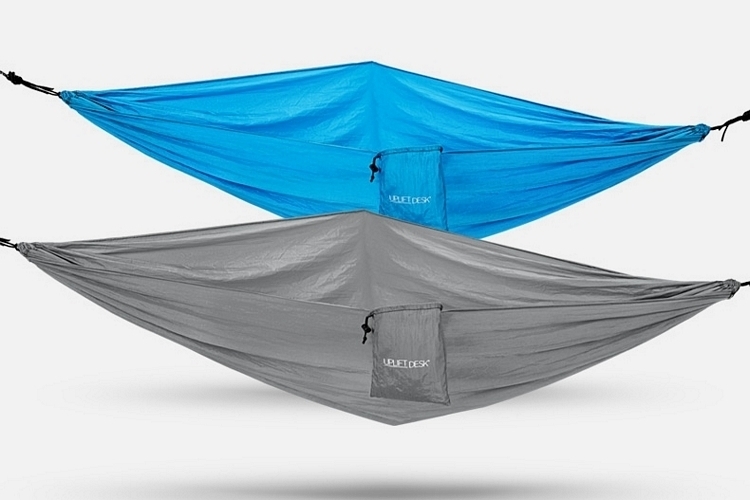 Can you really get some sleep in the office with this thing in tow? We don’t know. With your desk adjusted to a tall height, people should still easily see a hammock swinging underneath even from a distance, so don’t be surprised if someone kicks you awake for no reason other than their own personal amusement.

The Uplift Under Desk Hammock is available now, priced at $55.