Urban Cultivator Home Is A Mini-Hydroponic System For Your Kitchen 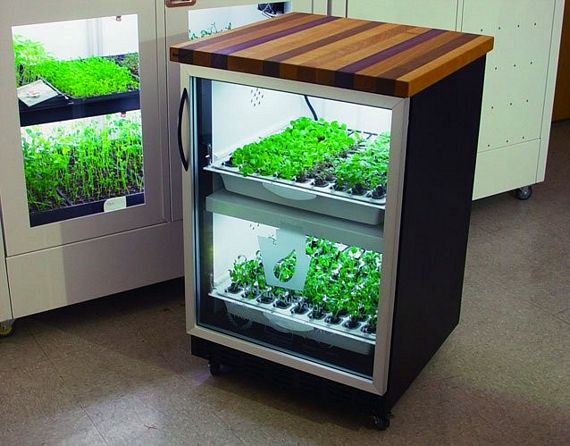 Got extra space in the kitchen for a second dishwasher or similarly-sized appliance?  You might want to consider picking up the Urban Cultivator Home, a standalone indoor garden in a box.

Measuring 25 x 38 x 25 inches (w x h x d), it offers a convenient way to  grow herbs and small plants right inside the house.  Not only does it save you from the mess and dirt of conventional indoor gardens, it’s small enough to position out of the way, too, like inside a cabinet or under a kitchen island.  Each unit comes with a detachable solid maple block top for blending with your kitchen and caster wheels for easy portability. 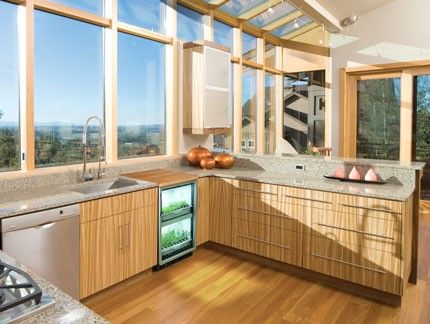 Aimed at urban dwellers wanting to plant their own herbs and vegetables for personal use, the Urban Cultivator Home is an enclosed hydrophonic system that lets you do the growing right from your kitchen.  That way, you can just pluck yourself some basil or rosemary right when you need it, instead of trying to find substitutes using all the processed powdered crap you have in your spice drawer. 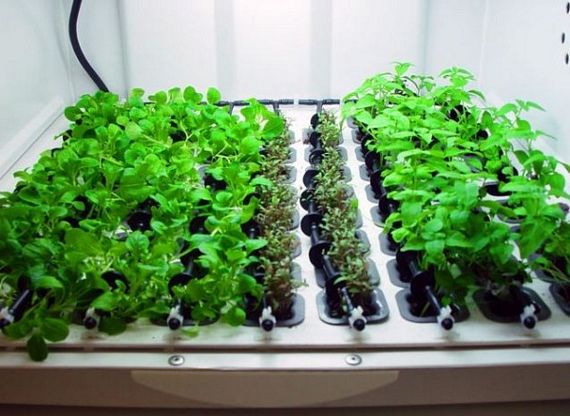 Designed to integrate seamlessly into kitchens, it hooks up to your home’s existing power and water systems just like your dishwasher.  It comes with built-in fans to manage air circulation and humidity, as well as an integrated computer that controls watering and light cycles.  All you need to do is add organic fertilizer once a week; otherwise, everything runs with no intervention necessary.

The Urban Cultivator Home is available now, with prices starting at $2,200.