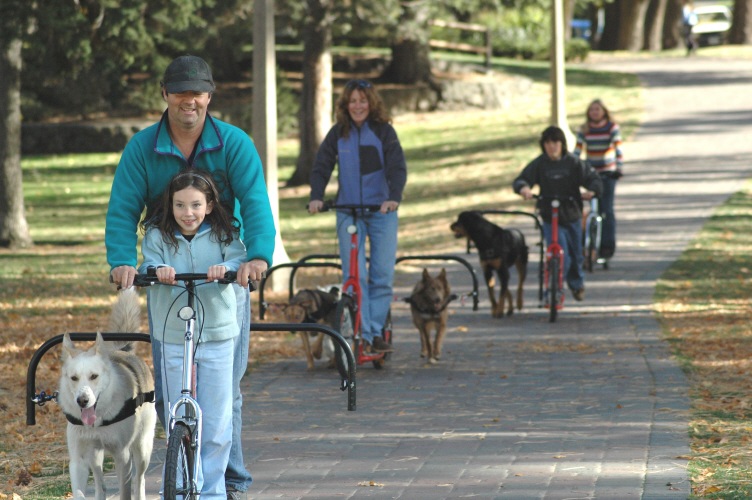 Urban mushing is fun.  When the dogs pulling on your bike or scooter aren’t well-trained, though, that could lead to a whole lot of problems.  You can’t exactly lead them since they’re in front.  If they want to run right over a cliff, then that’s exactly where they’ll go.  With you falling to your death along with them, of course.

Bend, Oregon’s Mark Schuette knew those risks and had just the answer for it: rider-led, dog-powered rides.  Instead of having your muscly mutts in front, you put them farther along the sides (and the back).  That way, you’re the one steering where your group goes, instead of the other way around. 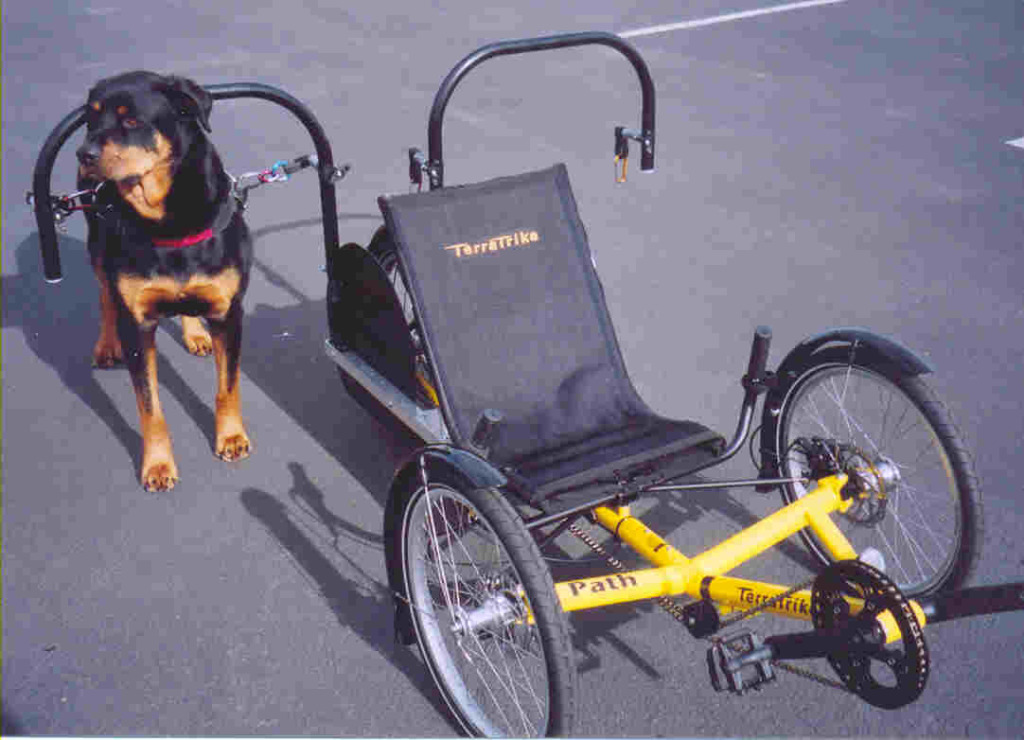 Schuette’s main product is the Dog Powered Skooter, a regular-looking scooter with an outrigger bar on the right side (so your pet is kept away from oncoming traffic).  The dog is attached to the system via a rubber strap that rigs on both shoulders, each one armed with springs to absorb shock.  According to the inventor, the dog feels every movement you do with the scooter and should cooperate instantly.  In case Popeye, the half-Doberman/half-Chihuahua gets distracted, you should be able to easily put on the brakes too.  Since he’s hooked to the rigging on both shoulders, there’s no way for him to pull the vehicle along.  Even if he’s just had his spinach. 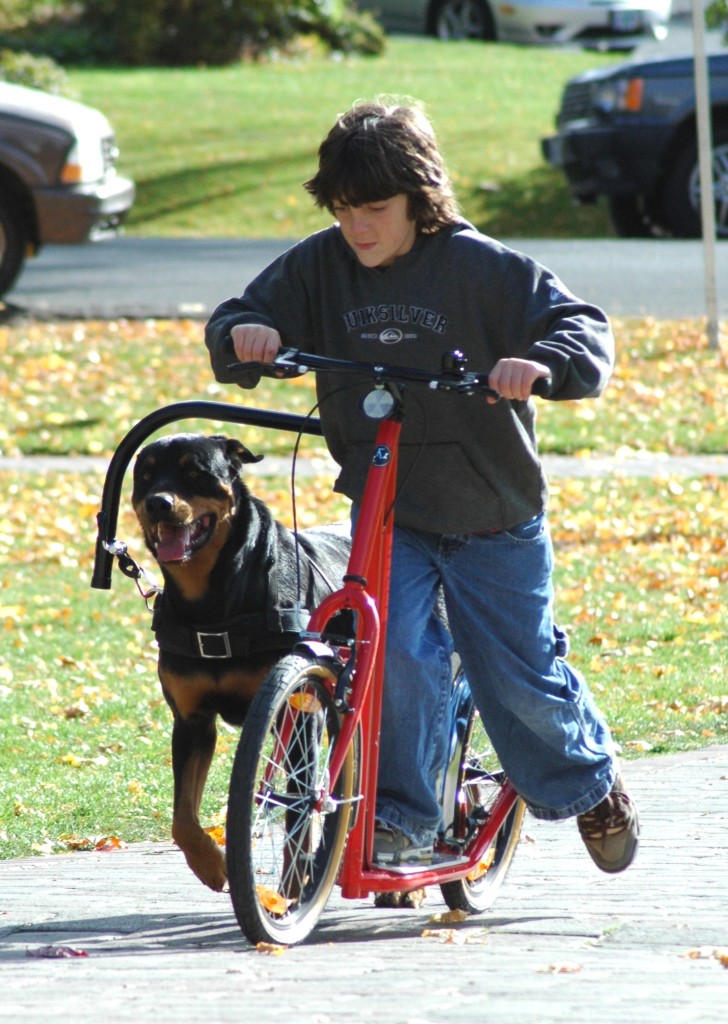 Other products available include bikes, trikes and skateboards with the same dog-powered setup.  He also makes ones with equipment for up to three dogs (if you’re a really lazy rider).  Plus, he’s willing to modify your own scooters if  you just want the outrigger setup.

There are plenty of tips for urban mushing with this type of setup on the official site.  Make sure you check them out before buying.