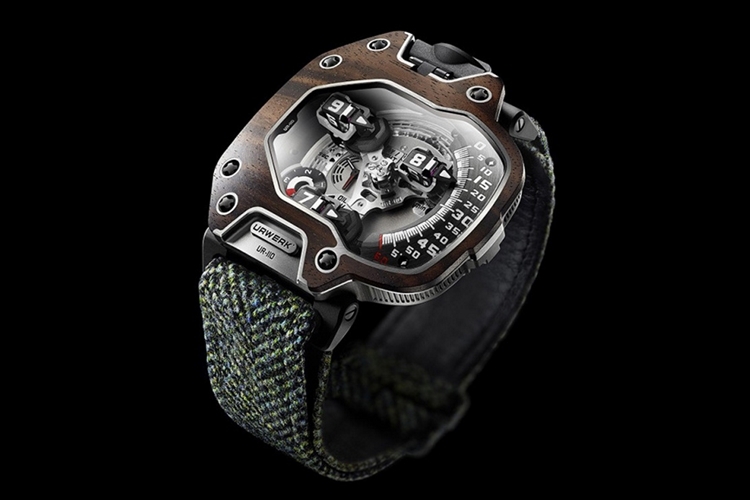 When the UR-110 first debuted in 2011, it was nothing short of a masterpiece. And the sheer amazingness of the timepiece persisted throughout the several special editions released over the years. Sadly, this year will be the last that URWERK is producing the highly-acclaimed luxury creation, which they’ll be commemorating with the release of the URWERK UR-110 Eastwood.

For the watch’s swan song, the company is dressing up the timepiece in an unusual bezel: hardwood.   It’s still the same watch under the new cover, though, with a highly-complicated mechanical movement powering a trio of “torpedo-like” indicators to display the time of day. Except, with the wood on top, it looks more suited to a steampunk-inspired dystopian future, rather than a space-age science fiction movie that the original was simply perfect for. 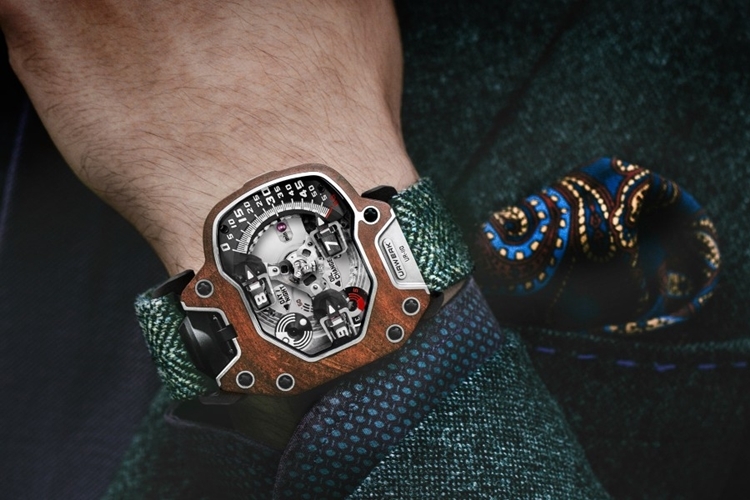 The UR-110 Eastwood is clad in a Macassar Ebony bezel, giving it an entirely new appearance that contrasts the wooden panel with the dial’s astoundingly futuristic complications. To complement the wooden faceplate, each watch case is paired with tweed straps, injecting the exorbitant design with an unexpected traditional aesthetic. I could never have imagined hardwood and tweed being a good addition to this masterpiece, but it turns out they are. Seriously, these new editions look even better than any previous iteration. 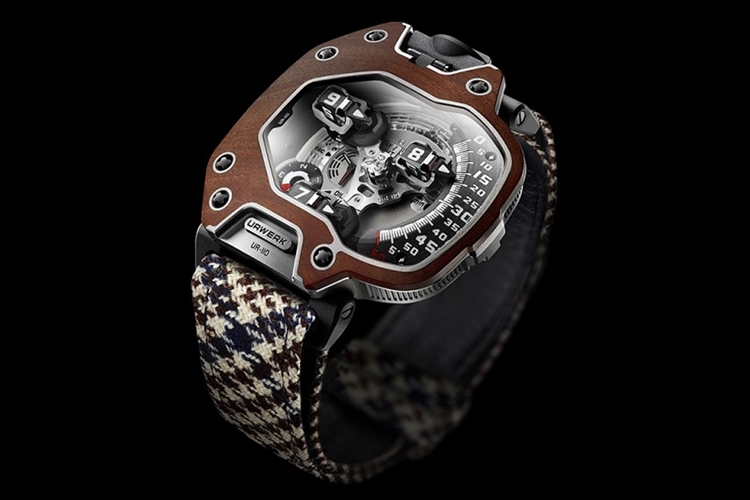 Two new models will be released: Eastwood Macassar Ebony and Eastwood Red Ebony, with the former exhibiting a much darker tone of wood than the latter. Each one will come with three tweed straps, so you can vary up the look by simply changing into a different band.