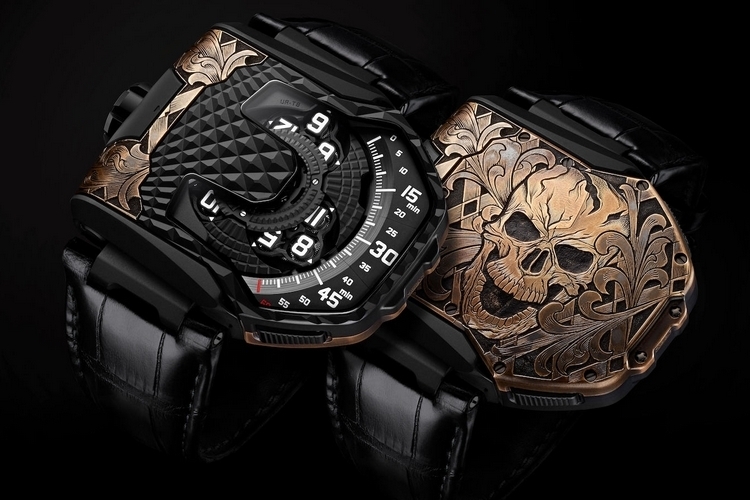 We’re big fans of Urwerk’s UR-T8 watch, with its three-armed carousel system, transformable appearance, and seriously complex planetary gearing. The Urwerk UR-T8 Skull takes that same elaborate timepiece and infuses it with an intricate skull design that gives it a whole new dimension.

A collaboration with Johnny “King Nerd” Dowell, an artist that has spent the past two decades engraving metal on guns and watches, the timepiece has an intricate skull engraving in the case that gives it an entirely new character. Seriously, not that the UR-T8 needed any reinforcement to make it stand out, but the meticulous carvings really does add a lot to its personality. 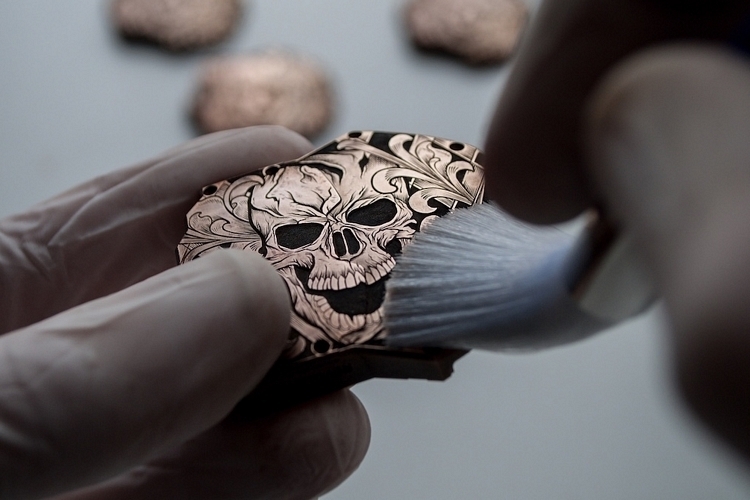 The Urwerk UR-T8 Skull has a bronze sheath laid on top of the titanium case, which is hand-engraved with an open-mouthed skull surrounded by floral scrollwork, giving it a skin-like layer to separate it from the standard UR-T8 model. Personally, we love the design, as it gives the crazy oversized watch a gloomy, slightly scary twist. You know, like an Urwerk that’s custom-built for the lead singer of a death metal band. Of course, we can see why others won’t be as enthused, as this is the kind of design that’s just tailor-made to polarize people – you either like it or you don’t. 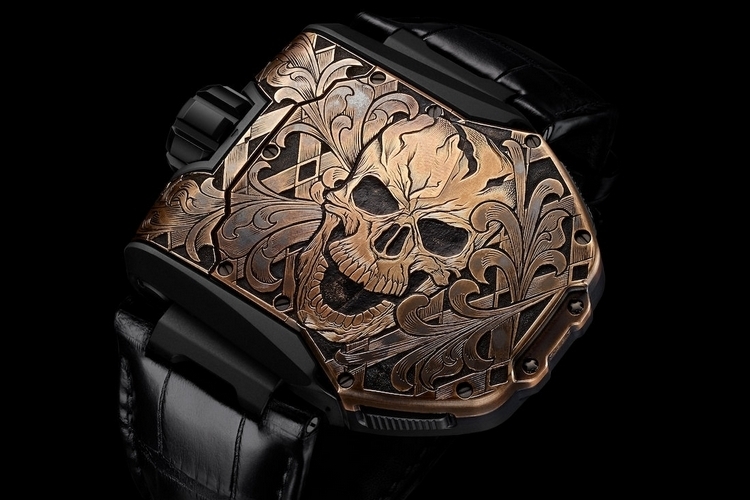 Save for the engraved bronze sheath layer, the watch is, pretty much, just like a regular UR-T8, with its signature flip-over case, caliber UR-8.01 mechanical movement, and 50 hours of power reserve. That means, you get the same fascinating timepiece, albeit with a fancy new metal engraving to really set it apart.