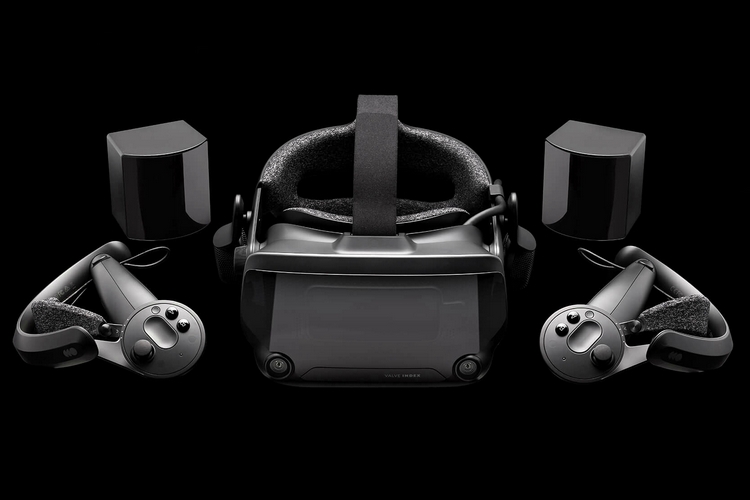 You know how you’ve always hoped Valve will actually make a Half-Life 3? Or a new Counter-Strike with modern graphics? Because, you know, what else could they be doing? Apparently, they were busy making the Valve Index, the outfit’s own VR system.

That’s right, one of the best game developers of the previous decade still isn’t making new games, choosing instead to flex their engineering muscles on other aspects of the gaming industry. This time around, they’re looking to compete with the HTC Vive and Oculus Rift, along with all the other smaller outfits looking to make VR a thing that people actually like. 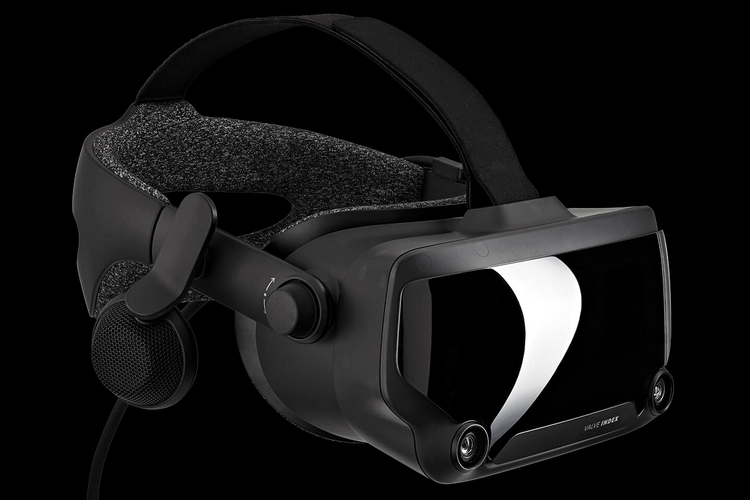 The Valve Index VR Kit consists of three components: a headset, controllers, and base stations. You put the headset on, set up at least two base stations, and use the controllers to interact with the system. The headset delivers the sound and visuals directly your way, while the base stations perform a laser sweep around the play space to pinpoint the exact location of photonic sensors on the headset and controllers up to 100 times per second. Up to four base stations can be set up to work in conjunction with each other, which expands the play area to a whopping 10 x 10 meters, giving you plenty of room to move.

The headset uses a pair of LCD displays with 1440 x 1600 resolution and a 120Hz refresh rate (with an experimental 144Hz mode), each of which is equipped with canted lenses that have been optimized for a large field of view (130 degrees) to let you see as much of the virtual world at any time. According to the outfit, the display and optics have two modifiable settings, interpupillary distance and eye relief, allowing users to make adjustments to find their own visual sweet spot. 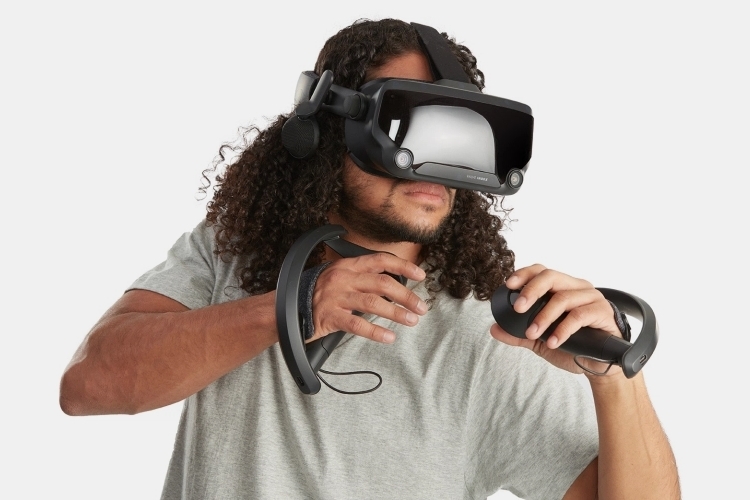 The Valve Index VR Kit headset uses the same near-field off-ear speakers as the HTC Vive, which is likely to become the standard going forward for this generation of VR headwear. Since the headphones in this configuration don’t actually touch your ears (it hovers), they’re very comfortable, while allowing the outfit to fit in bigger drivers to deliver a much better sound. It comes with two RGB cameras in front for computer vision, feeding the system information about your point-of-view, while a dual microphone array receives voice input, making this a veritable all-in-one system. 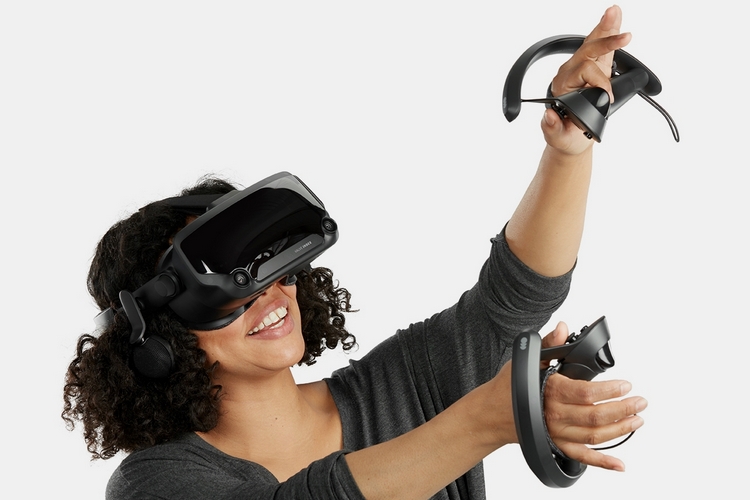 The entire headset is highly adjustable, so you can tailor the fit to accommodate your exact head size, face angle, and ear position, while ergonomically-designed padding on every section that touches your head and face ensures comfortable wear.  There’s also an expansion slot out front with a USB 3 port, which can accommodate any extra hardware an application may require.  According to Valve, any content available on Steam for the Vive, Vive Pro, Rift, and Windows Mixed Reality Headset will work with their VR system, so there should be a good load of compatible games and apps out there right off the bat.

The Valve Index VR Kit is now available for preorder, with an August 31st ship date.