Vandal One: Meet The All-American Track Racer Coming Out Later This Year 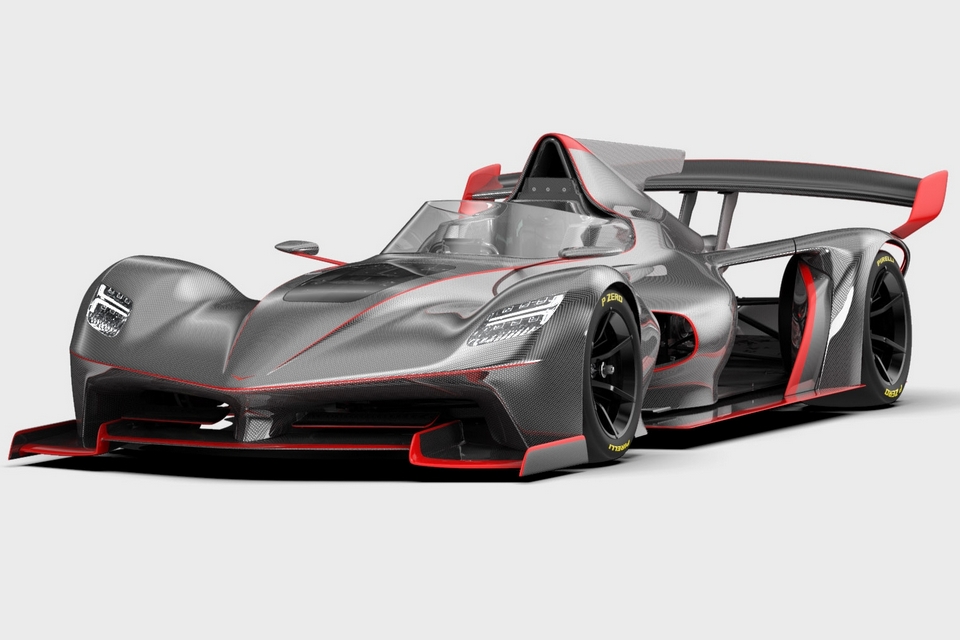 When you first see the Vandal One, it’s not uncommon to assume it’s another European-made track beast. Folks over there really know their performance track cars, after all. Well, it isn’t. Instead, the upcoming vehicle is being manufactured right out of Detroit, making it the rare production track car that’s actually American-made.

Billed to deliver “the closest experience possible to a Formula 1 car,” the vehicle definitely has the looks to merit the F1 comparison. Whether it can come anywhere close to the performance of the pinnacle of auto-racing, though, is another matter, so we guess we’ll have to wait till people are actually driving (and, occasionally, crashing) it on their local speedway. 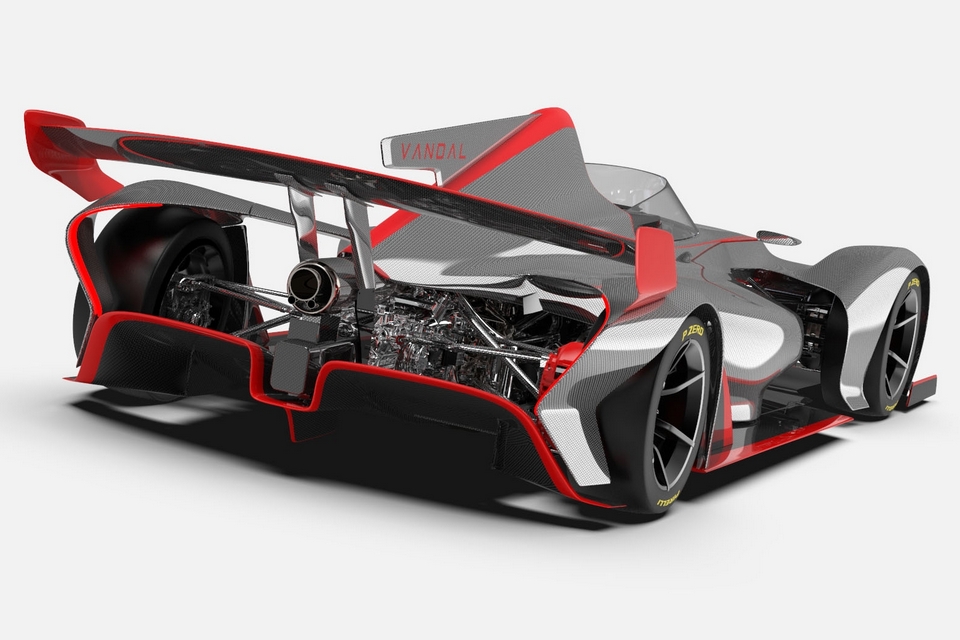 The Vandal One starts with a full carbon fiber monocoque chassis that’s decked in carbon fiber body panels, allowing it to tip the scales at a curb weight of just 1,224 pounds. Under the hood sits a 2.0-liter turbocharged four-cylinder Civic Type R engine that, ordinarily, puts out 306 horsepower. For the vehicle, though, they tuned it to increase the output to 340 horsepower in the standard model, with an upgrade package that can boost it to a whopping 560 horsepower (we have no idea what’s in that upgrade, but it must be something seriously potent). That’s, pretty much, a ratio of 1,000 horsepower per ton, which puts the vehicle in quite exclusive company, even among track-focused automobiles.

This version of the engine, by the way, will rev to 9,000 rpm despite using forced induction, so you can tell the engineers put in a lot of work to squeeze as much as they can out of the powerplant. All that power is sent through a Sadev six-speed sequential gearbox, with a paddle shift system and autoblipping. 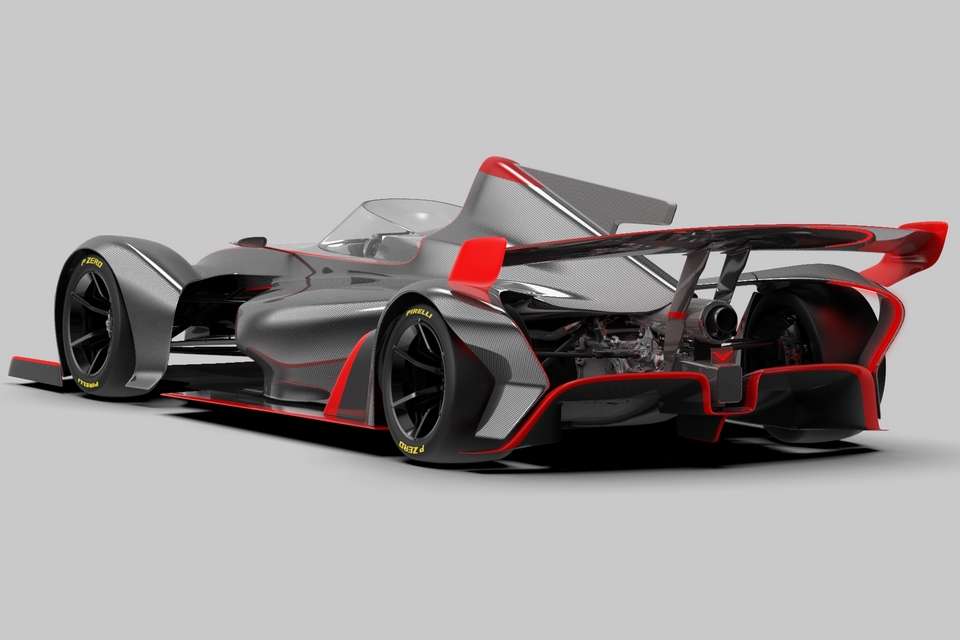 The Vandal One uses an F1-style pushrod suspension on both the front and rear, complete with adjustable racing dampers, anti-roll bars, and customizable spring rates, while the car’s hydraulics can adjust the ground clearance anywhere from two to five inches above the road. It has 18×10-inch wheels out front and 18×12-inch wheels in the rear, as well as monoblock four-pot aluminum calipers on the brakes, which, according to the outfit, is capable of over 2Gs of braking force. There’s even a baked-in telemetry system courtesy of 12 sensors and a camera, allowing automatic real-time monitoring of vehicle data for the team watching the race from the pit lane. 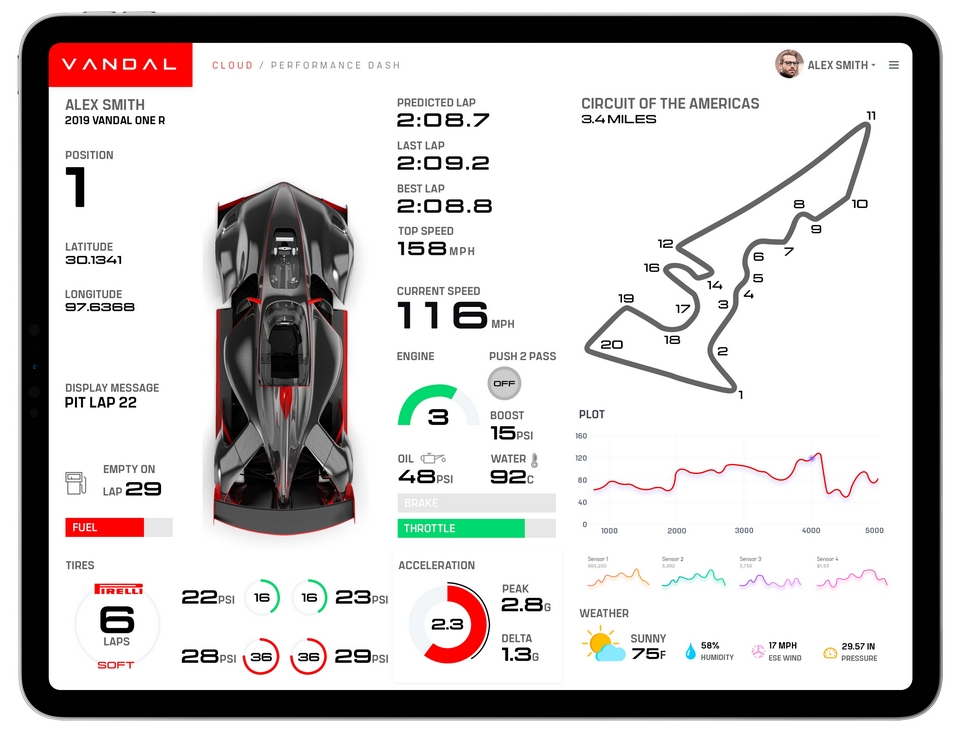 The car’s carbon fiber bodywork, by the way, is completely independent of the chassis, complete with quick-latching and removable sections, so future aero upgrades can be easily made, allowing owners to evolve their vehicles over time. Designed with safety in mind, the body has FIA-compliant crash structures on the front (crash box), rear (attenuator), and sides (zylon intrusion panels), as well as an FIA-spec survival cell with neck braces, so buyers won’t turn into wealthy dead race enthusiasts anytime soon.

The base model of the Vandal One will cost $119,700 when it ships later in the year, with no pricing announced yet for the 560-hp upgrade package and other options.