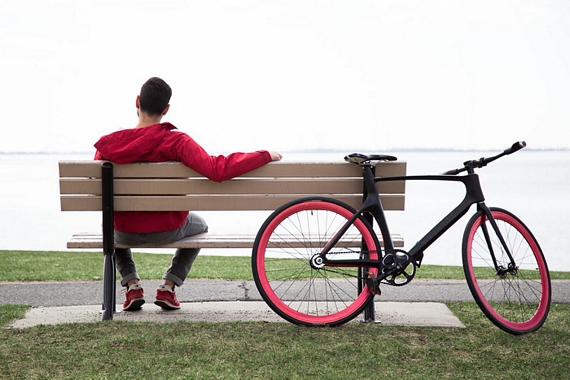 With more and more people using bike computers, fitness monitors, and smartphone apps to add tracking and GPS functions to their bicycle rides, it only makes sense to start producing bicycles with sensors, radio chips, and all sorts of connected hardware. That’s exactly what we get with the Vanhawks Valour.

No need to buy any extra hardware or software to get a variety of software services on your bike. Paired with a downloadable smartphone app, you can use it to record ride stats (distance, speed, best times), measure fitness stats (calories burned), get turn-by-turn navigation using LED indicators as turn signals, and even alert you of objects in your blind spot by triggering a vibration on the handlebars. Plus, the bike can collect real-time information on road problems (e.g. potholes, closed roads, blocked lanes), all of which is recorded on a shared network to improve routes for the system’s turn-by-turn navigation. 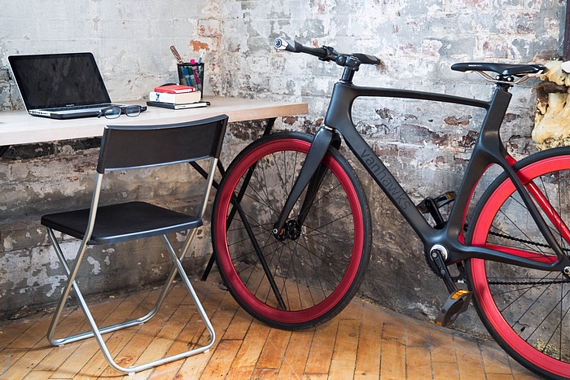 The Vanhawks Valour comes with onboard Bluetooth 4.0, gyroscope, accelerometer, magnetometer, speed sensor, GPS receiver, and more. The electronics don’t even require charging from a wall outlet or a regular change of batteries — instead, a dynamo hub on the front wheel juices the integrated battery every time you ride. An hour-long ride is all that’s needed to get it fully charged.

More than just a smart, connected bicycle, it’s also quite the looker, with a molded carbon fiber construction (complete with unibody frame and fork) and a sleek appearance that makes it easily distinguishable from other pedal-powered two-wheelers you’ll see on the road. It comes in three sizes that vary depending on rider height, all of which you can get either as a single-speed, a fixie, or with a regular gear hub. 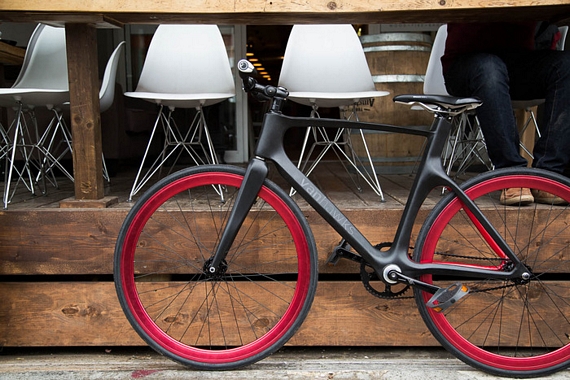 A Kickstarter campaign is currently running to fund the Vanhawks Valour. Pledges to reserve a unit starts at $999.