VectorMount Is A GoPro Mount For Cars 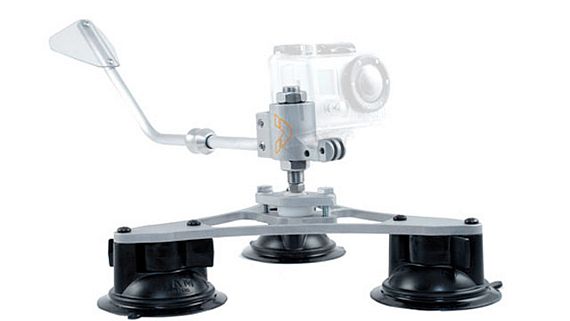 Your favorite action cam comes with a load of mounts for a variety of action sports.  For some reason, though, they decided to pass on giving you a way to mount it intuitively on your car so you can film yourself breaking speed laws and making driving dangerous for everybody else.  Fortunately, someone else stepped up on that end with the VectorMount.

Designed for use with GoPro cameras (and, we’re guessing, compatible clones), it’s billed as a “dynamic-action mounting system that uses the natural motion of your vehicle to track the action for you.”  Unlike most existing on-vehicle setups that hold the camera steady, it actually moves the camera depending on how the car acts, providing a more dynamic and sensible way to capture the ensuing action. 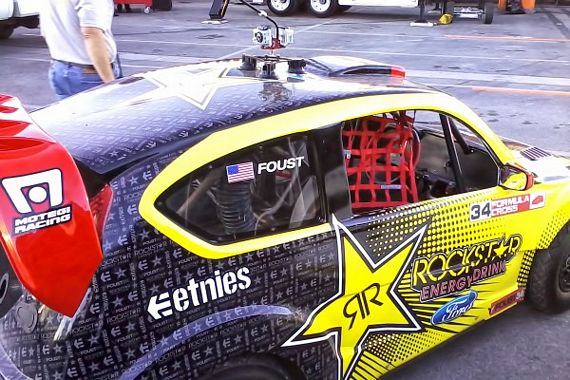 When you’re driving in a straight line, for instance, the VectorMount will hold the camera steady, capturing whatever’s directly ahead.  Once you turn a corner, though, it swings the camera into the direction of the turn (the same way a driver would), capturing a more involved sequence that static camera setups just won’t be able to deliver.  It does this by using a rotating head for the actual camera mount, with a swing-weight in the back automatically panning the camera side to side depending on your driving.

The actual rig comes in three parts: the actual mount with a moving head, the tripod base, and a conversion kit that lets you set up a two-camera assembly.  Features include anodized aluminum and stainless steel construction, silicone intertial dampening (for smooth movements), and adjustable swing weight. 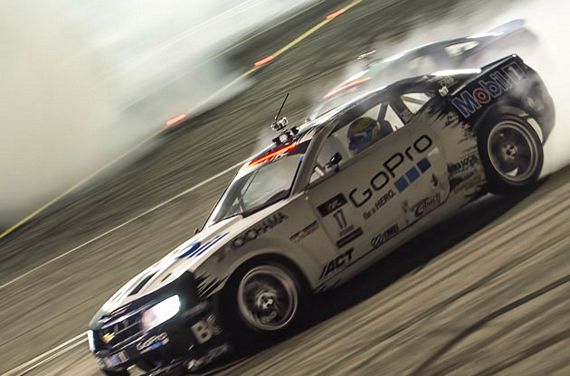 According to the company, the VectorMount is ideally for mounting in a smooth and level surface, such as the roof or the hood, although you can experiment with novel mounting options if you so wish.  It’s been tested at speeds of up to 263mph with no problems, so unless you’re driving insanely fast rides like the Bloodhound SSC, you should encounter no issues.  It’s available now, priced at $299 for a full set (camera not included).