Velocity Grill Can Heat From Zero To 1,000 Degrees In Five Minutes 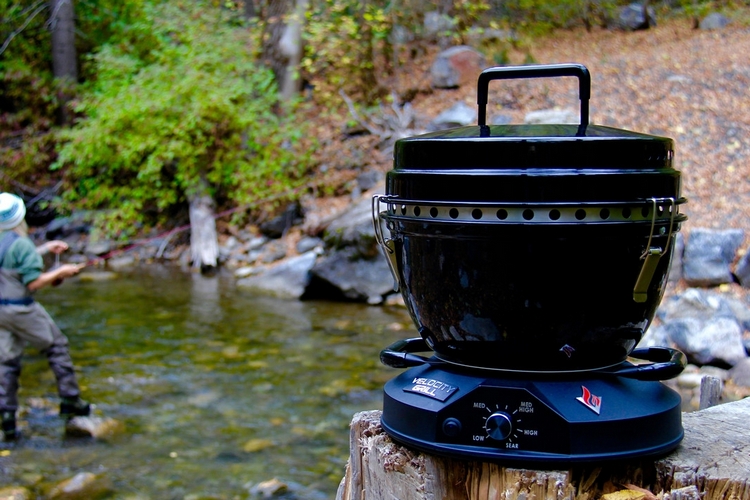 Some folks swear by their charcoal grills. Others sing in praise of their gas grills. Truth is, it doesn’t matter how good your grills are, the Velocity Grill, a wood-burning outdoor cooker, probably has it beat when it comes to cooking power.

Why? Because the darn thing can heat up from 0 to 1,000 degrees Fahrenheit in just five minutes. It does that without using any lighter fluid, too – just put your wood chunks in along with a crumpled piece of paper as a fire starter and you’re set. 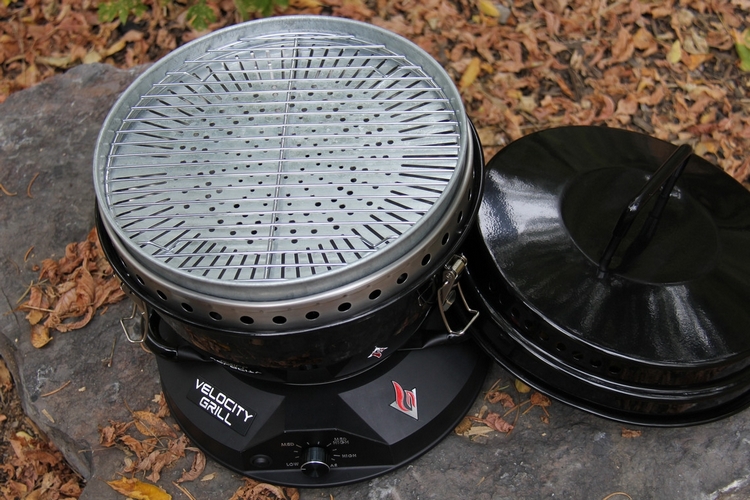 Similar to the Homping Grill, the Velocity Grill manages it’s ultra-fast heating abilities by integrating a tiny fan right below the fuel chamber. This fan draws air from the bottom of the sides of the grill, sending it upwards to fan the flames, allowing it to create a large enough fire in such a short time as to hit 1,000 degrees in what’s comparatively no time at all. Even better, it comes with a heat control dial that varies the speed of the fan, giving you the ability to precisely control how large of a fire you’re going to cook over. The fan can be powered by plugging into a wall outlet at home or a power bank during camping. 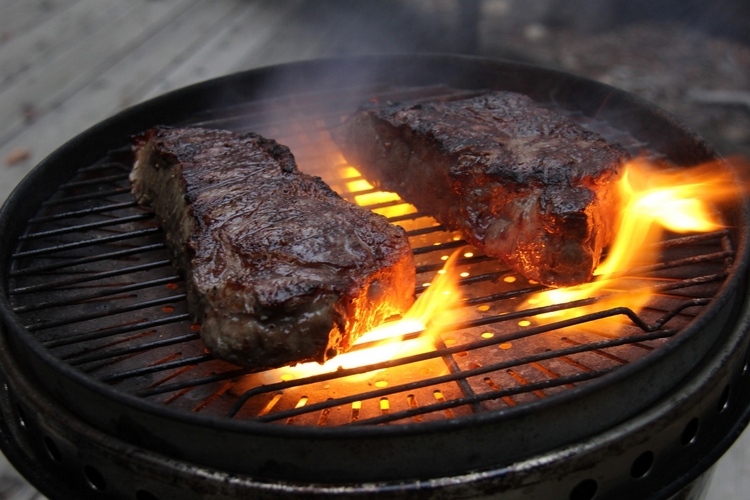 Features include a heat diffuser plate right below the grates to evenly distribute the heat along the entirety of the cooking area, a locking lid with a large handle for conveniently carrying the whole thing, and two handles on the side, in case you want to distribute the weight. Do note, the grill is absolutely forbidden for use with lighter fluid (the fluid might seep into the electronics) and charcoal (the ash might congest the fan system), so stick with wood chunks and fire starter sticks (or crumpled paper).

A Kickstarter campaign is currently running to fund Velocity Grill. Pledges to reserve a unit starts at $139.