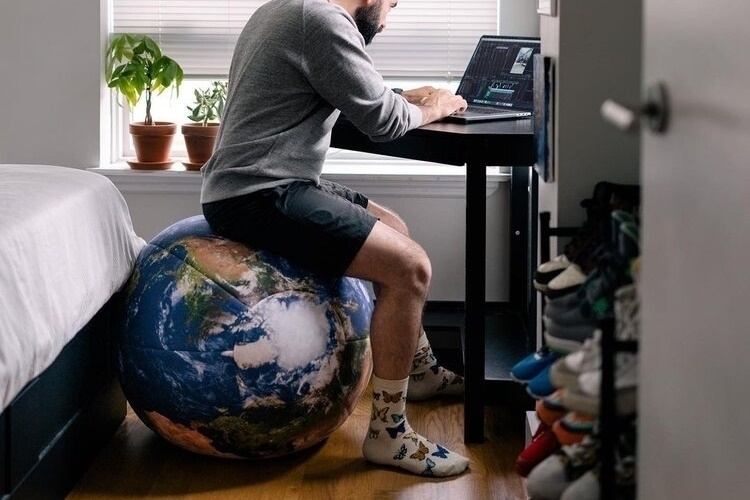 How do you put the world under your control? We don’t know. Many powerful supervillains with far greater talents have tried and failed. Since controlling the world is probably a futile goal, maybe you can aim for having the world kissing your rear end instead. While that sounds unattainable as well, the Venn Design Air Chair Solar Series offers a somewhat satisfying way of doing it in a figurative manner.

A stability ball for homes and offices, it’s covered in a high-res print of round celestial bodies, so you can tea bag on the Earth as much as you want while blowing off steam during those times you feel like you’re losing your grip on the world at large. Feel like sitting on Jupiter and kicking the Moon around while you play on your Switch? You can do that. How about putting all your weight on the world while you type on your desk at your home office setup? Yes, that will work as well. 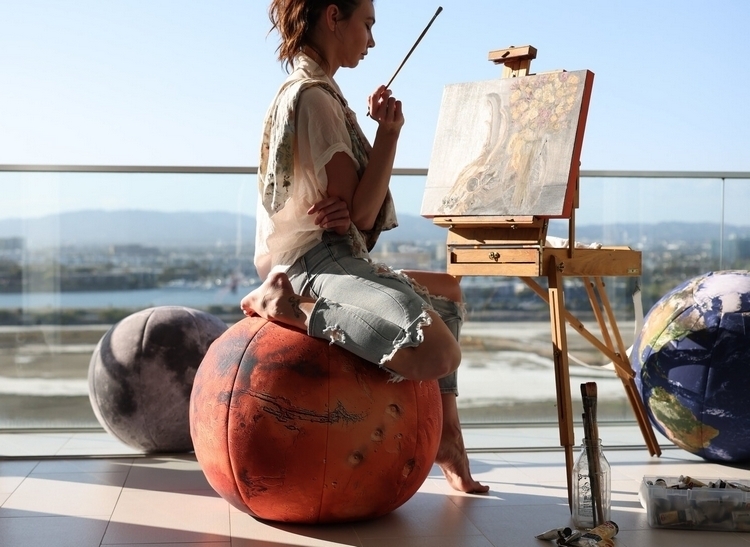 The Venn Design Air Chair Solar Series takes the outfit’s staple stability ball chairs and decks them in high-resolution surface texture maps of round astronomical bodies, so you can have a replica of the planets that you can sit on any time you want. They have one of the Earth, of course, along with our lunar buddy, as well as one apiece of Jupiter, Mars, and the Sun. Why not the other planets? We’re not quite sure, but we bet most folks won’t mind having the entire solar system in stability ball form (not sure how they’ll make Saturn’s rings, either, but we digress).

Each ball is covered in a high-res print using the latest NASA imagery (it’s an official NASA collab), so these are as accurate a representation of each celestial body as we have today. It comes in two sizes, large and small, with the larger one recommended for adults and the smaller one for kids. 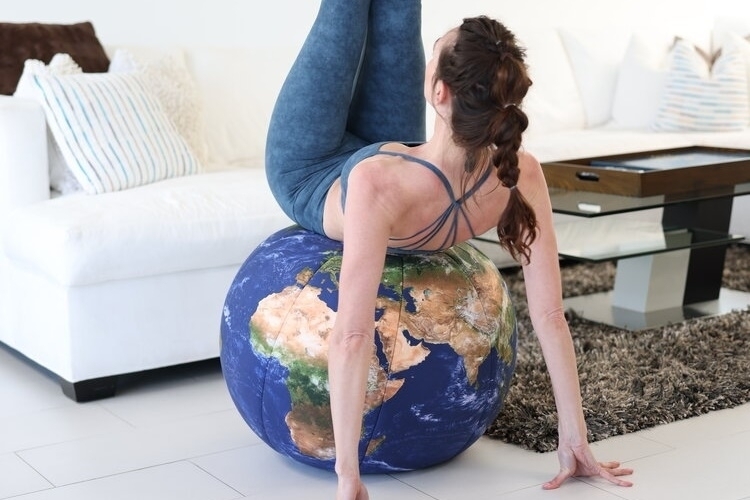 The Venn Design Air Chair Solar Series is, basically, a home-bound version of the stability ball at your local gym, so it should offer the same core-strengthening and balance-challenging characteristics that you derive from the traditional exercise equipment. That means, it make your sitting sessions just a little more active, all while allowing you to rest your legs pretty comfortably all the same. 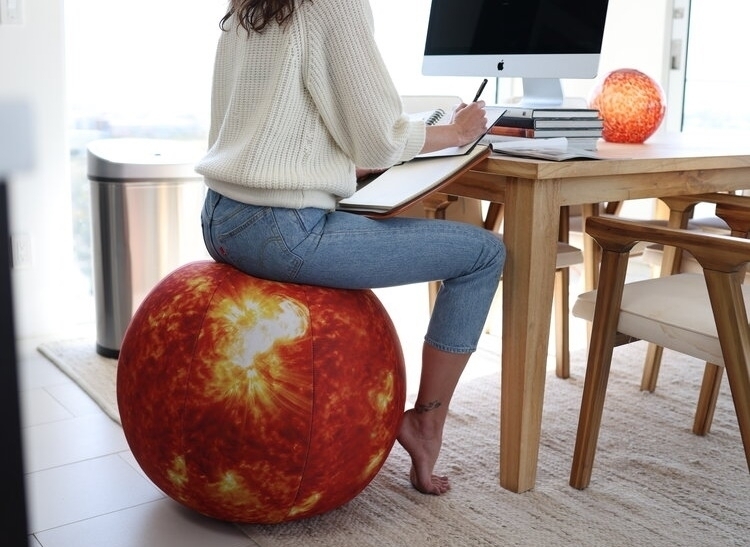 Since this is designed for homes and offices, rather than the gym, there are some differences in the construction. While traditional stability balls are made from a layer of soft and elastic PVC, the Air Chair Solar Series are made up of five layers. It has the air cushion at the innermost layer, which can be inflated and deflated, which is covered by individual layers of ripstop nylon, soft foam, and felt before being topped by the fabric shell. According to the outfit, using multiple layers help distribute sitting loads more evenly, significantly lowering the chances of damage, while the temperature-balancing qualities of foam, felt, and the upholstery-grade fabric makes it more comfortable as seating furniture.