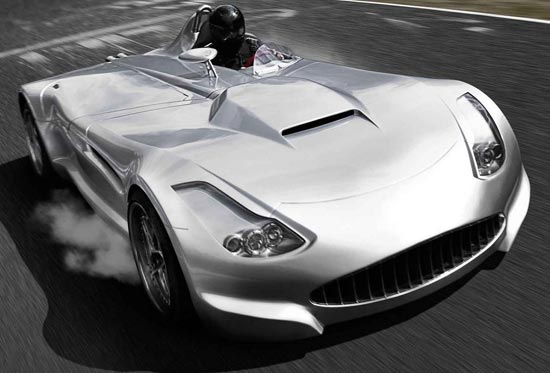 Regular speedsters too tame for you? Take a gander at the Veritas RS III, a single-seating, open-cockpit supercar that’s a throwback to the 40s-era BMW racing mentality of churning out the simplest yet most incredibly powerful racing machines known to man.

Outlandish is too tame a word to describe what this car brings to the table, which comes with no passenger seat, making it one of the few supercars that doesn’t allow you to pick up random chicks unless they’re willing to sit on the hood. Oh wait, I just realized there’s no hood on the RS III.

That’s right, there’s no hood, no canopy and no doors – just a ton of bodywork using a load of carbon fiber, allowing the vehicle to weigh an incredibly light 2,500 lbs. Unlike most single-seaters which put the driver seat right at the center, the car slots the controls on one side, breaking visual balance yet attracting my attention like no other car I’ve ever laid eyes on.

Aside from the oddball looks, the RS III packs impressive performance. Powered by a BMW M-Series engine (buyers get the choice of either a 473bhp V8 or a 592bhp V10), it can hit 0 to 60 in under four seconds, with a top speed of over 200 mph.

The Veritas RS III will get its long-awaited debut (talks of the car first broke out back in 2001) at London’s Salon Prive in July. Only 50 units will be made, with price coming in at around $375,000.