Verizon iPhone 4 Could Be In Your Hands Mid February 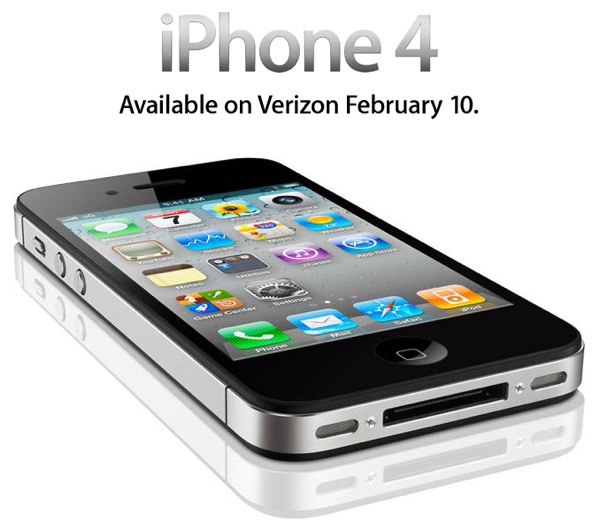 By now, you’ve probably heard that the Verizon iPhone 4 is finally official.  We don’t know if AT&T is shaking by its boots, but ’tis a season to be jolly all the same.

According to reports, the Verizon iPhone 4 will sport practically the same hardware as the original version, save for the CDMA chipset in place of the GSM ensemble.  Oh yeah, the “death grip” thing is a thing of the past, too — at least, according to early tests by a handful of bloggers who managed to get their hands on one.

Despite being practically similar, there are some differences you should note with the Verizon version of the handset.  For one, the buttons along the side had to be repositioned to accommodate the new antenna.  As such, old cases that offer cutouts along the side will not be usable for the phone.

Since it runs on CDMA, you can’t use both voice and data simultaneously either.  Verizon, for its part, is promising to change this within the coming months, so it may not be an issue in the long run.  Since this is coming with the latest iOS version, it’s got WiFi mobile hotspot as an available option, too, unlike the AT&T version.  Do note that all iPhone versions might actually get this feature after an OS upgrade.

Like the original, the Verizon iPhone 4 will ship with no bloatware from the manufacturer.  You’ll have to fill it with crappy apps all on your own (which, by the way, isn’t all that difficult to do after a few minutes in the App Store).

Now, on to the big question: should you switch?  I’m thinking, give it some time.  For all we know, Verizon’s network could end up just as crappy after the mass exodus of users clog up its data line.   Anyway, we’ll find out soon enough when the Verizon iPhone 4 comes out this February.