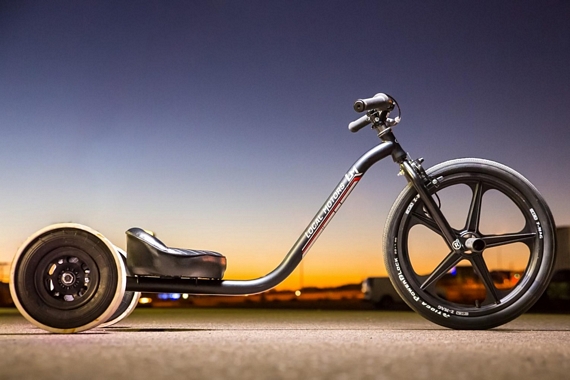 Drift triking, which has become a recognized sport (at least in New Zealand, where it originated), has been growing in popularity over the years, finding enthusiasts taking their slippery rear wheels to the hillsides and counter-steering the loss of traction when negotiating corners.  (Infact, we have been building our electric drift trike in the garage and would be posting a complete write up soon) Problem is, unless you live around sloping roads and hillsides, it’s a pretty inaccessible sport.  That’s not the case with the Verrado, a trike that lets you drift even without a single hill in sight. 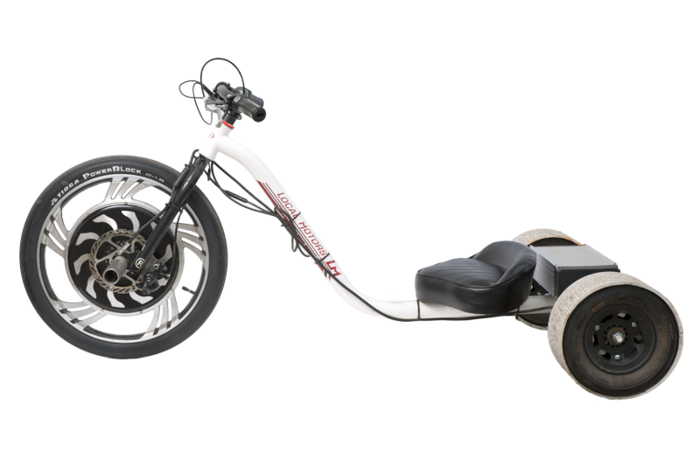 Designed for drifting on flat grounds, the motorized vehicle brings drift triking to places that doesn’t naturally lend itself well to the sport.  That means, the parking lot,  the basketball court, and even the street right in front of the house are all fair game to anyone who wants to get their drifting fix while riding on three wheels. 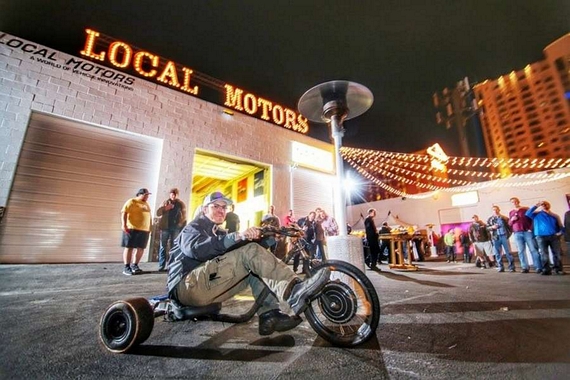 The Verrado isn’t the first attempt at recreating the classic 70s Big Wheel in the form of a modern vehicle for adults, but the addition of a drift-friendly design definitely gives it an entirely fresh dimension.  Rather than gathering its momentum by giving in to gravity, the trike picks up speed using a hub motor on the front wheel, which is paired with a battery pack good enough to last it up to 45 minutes.  It features a BMX fork, a 20-inch heavy duty front wheel, rear casters with PVC pipe sections on the surface in place of tires, aluminum casting around the hub motor, and front disc brakes.

Local Motors is currently running a Kickstarter to fund a production run for the Verrado Electric Drift Trike.  Available pledges to reserve a unit starts at $1,560.