We all have our share of crazy amusement park ride stories. It’s always fun trying to top your friends’ crazy roller coaster experiences with your own. I have to admit, though, I’ll raise my hands and concede defeat if you ever tell me about riding the Verruckt, a literal monster of a water slide being constructed at the Kansas City Schlitterbahn.

Billed as “the world’s tallest water slide,” it sends riders sitting inside a raft down a slide that’s both taller than Niagara Falls and steeper than any ski slope in the world (not sure if it’s steeper than this near-vertical waterslide, though). And if that initial drop doesn’t give you a heart attack, you are lead straight into a five story hill that sends you up and down at high speeds before finally bringing you to the end of the line. Yeah, it’s plenty intense. 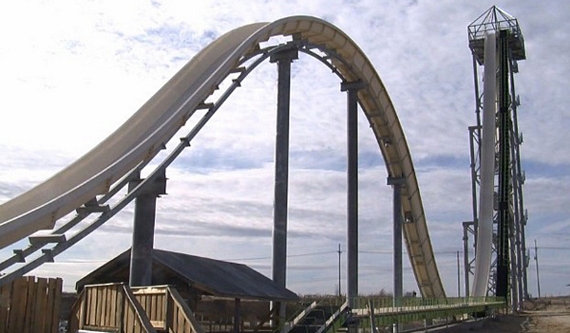 You ride the Verruckt while strapped on a 4-person raft, so you can pretend it wasn’t you screaming the entire time, pinning the blame on the dude sitting behind you instead. Rather than a tunnel, the slide is enclosed by open netting, so you can literally see the surroundings while you fall down at high speeds. If you think that’s horrific, it gets worse — you’ll have to clear 264 steps of stairs to reach the top (sorry, no lift). That’s like an entire workout right there. 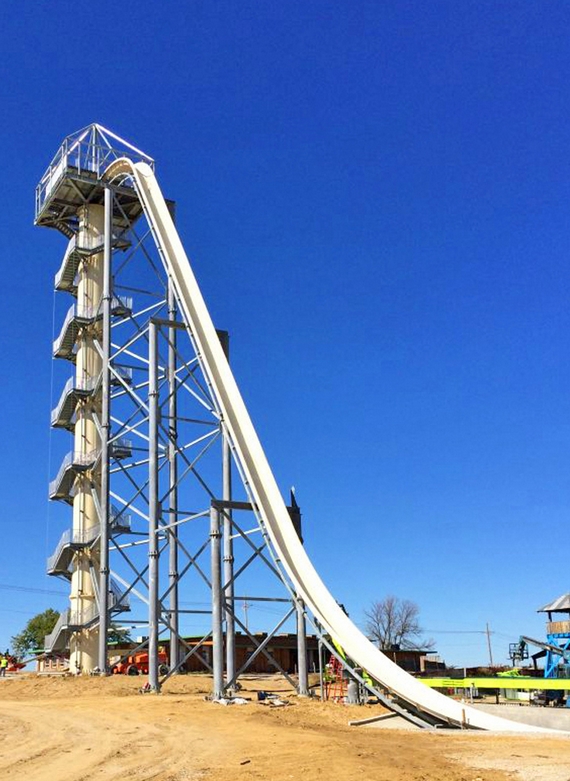 Want to experience the Verruckt? It opens at the Kansas City Schlitterbahn on May 23. Check out the flyover video below to get an idea of just how insane this thing is.