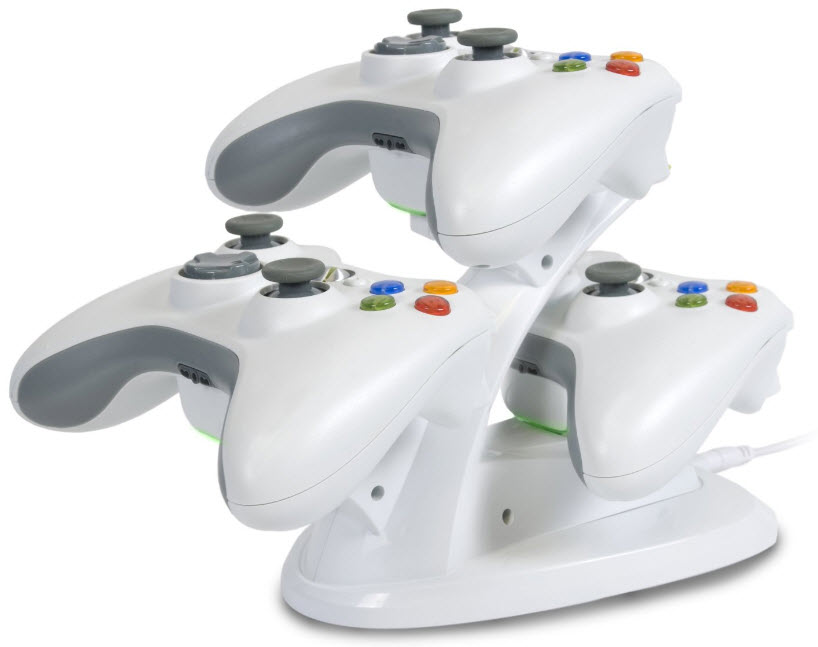 Inductive charging is cool; inductive charging on a device that looks like a spaceship is just priceless.  That’s exactly what you get with the Vertical Induction Charger, a cleverly-designed home charger for game console controllers that manages to be as geeky as the people who will likely use it. 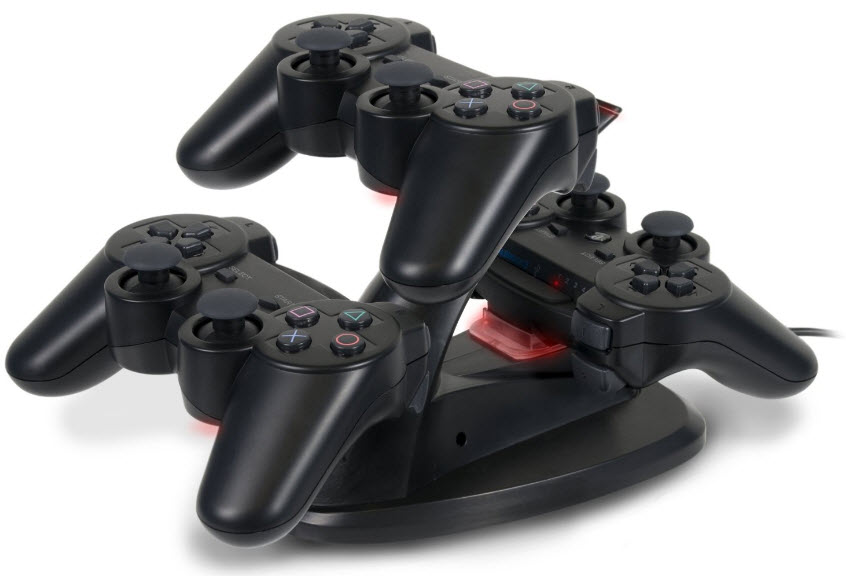 The Vertical Induction Charger is a wall-plugged charger that can charge three controllers at the same time.  Just put the included 900mAh inductive batteries on the controllers, plop one controller on each of the three magnetic charging cradles and leave it there for five hours to get a full charge.  The whole time, it sits on your table like a fancy sculptural object right from a sci-fi movie that you stole from a booth at Comic Con. Just kidding.  You’re a rich twat, you don’t need to swipe stuff.

Each of the magnetic cradles have built-in LED lighting that illuminate while the controller is still charging.  Consider that downtime as your opportunity to finally get out of the house and live life away from a computer screen.  Or the chance to play with a new iPhone game.  Whichever suits your fancy.