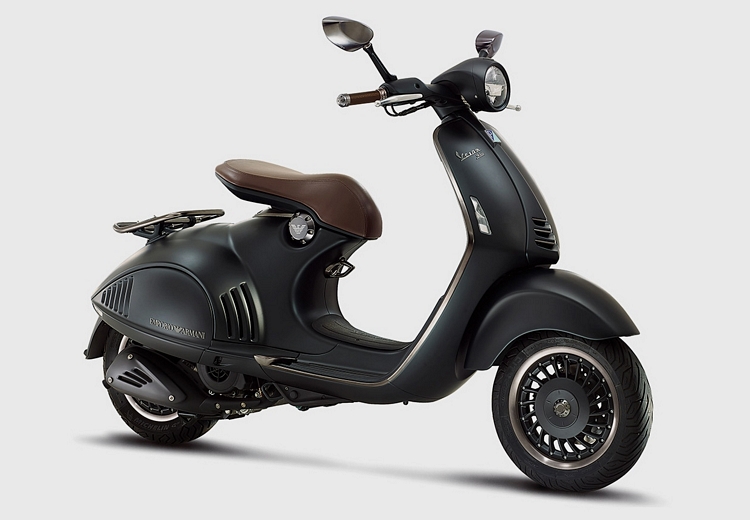 Since its release two years back, the Vespa 946 has held its place as the top-of-the-line scooter in Piaggio’s lineup. So if you were a fashion icon looking to drape your brand on a two-wheel utility ride, the 946 had to be your model of choice. And here we have that in the form of the new Vespa 946 Emporio Armani.

A collaboration between the two iconic Italian brands, the new scooter takes the 946’s original design and dresses it in Armani’s signature touches. From the subdued color palette to the visible branding to the sportier saddle, it gives the limited edition model a clean, identifiable style all its own. 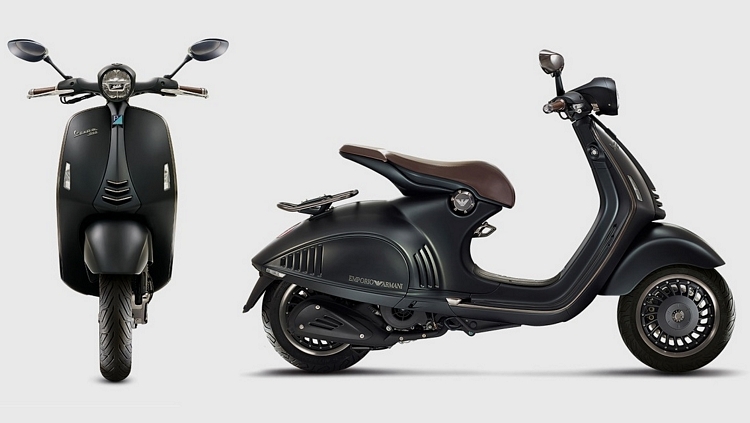 The Vespa 946 Emporio Armani is clad in a special combination of gray shades, with subtle hints of green that are only visible in certain light conditions. All the metal parts are produced using galvanic treatments and topped with a satin finish, creating a contrasting effect with the rest of the body’s finishing touches. Most of the scooter is just like any standard 946, with a four-stroke 125cc engine, aluminum cylinder blocks, electronic riding controls, double disk brakes, two-channel ABS braking system, and large 12-inch wheels. Other features include brown leather finishes and special luxury accessories.

Slated to go on sale in June, the Vespa 946 Emporio Armani will be available as a limited edition release. No pricing was announced.