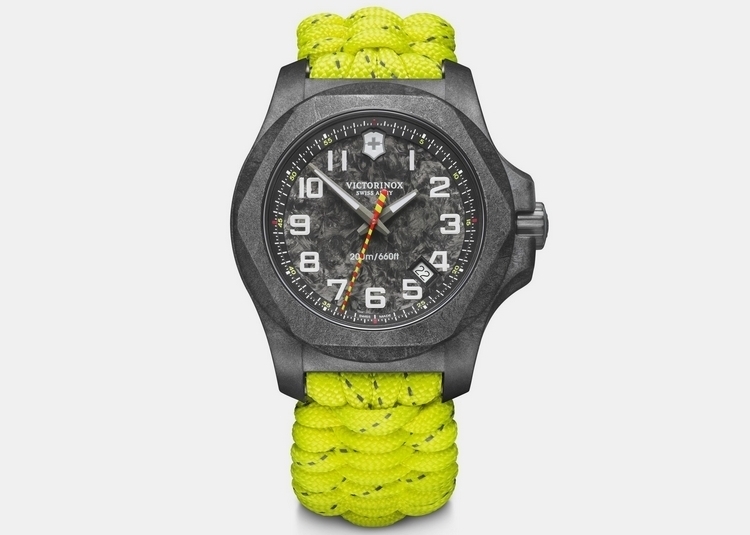 Do firefighters even need to wear a watch? We don’t know. If they’re going to strap some nice bling on their wrist, though, it might as well be a timepiece that’s been designed to survive the rigors of a firefighter’s daily grind. That’s exactly what we’re getting with the Victorinox Swiss Army INOX Carbon Limited Edition.

As with other pieces in the INOX collection, the watch is built with toughness in mind, ensuring it can take serious roughhousing. According to the outfit, the timepiece has been tested to withstand up to 130 extreme endurance homologation tests. Granted, we don’t exactly know what “extreme endurance homologation tests” mean, but we imagine it’s about putting the darn thing through an insane amount of stress and surviving it unscathed. 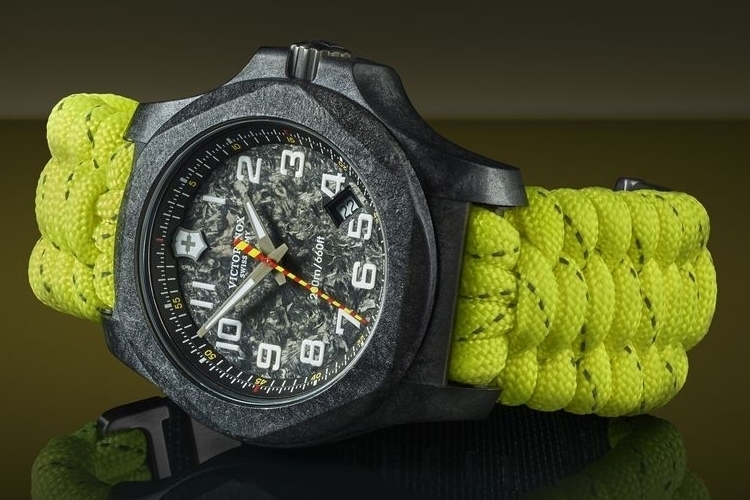 Unlike other timepieces in the INOX line, the Victorinox Swiss Army INOX Carbon Limited Edition doesn’t rely on stainless steel as its primary material. Instead, both the case and the dial are cut from carbon, which should be lighter, harder, and more scratch-resistant than steel, ensuring it can withstand the extreme conditions firefighters encounter, whether they’re putting out a large blaze in the city, controlling wildfire in the forest, or rescuing a cat that’s stranded in a tree. According to Victorinox, the specific carbon composite they use is the same material used in space shuttles, which has been demonstrated to handle high reentry temperatures, allowing you to wear it inside a veritable oven without worrying about it incurring any damage.

They pair that carbon case and dial with a triple-coated, anti-reflective sapphire crystal, which, hopefully, can perform in a similar manner when exposed to high temperatures. It comes with two straps: a handwoven paracord strap in a shiny neon yellow color, complete with reflective parts, all designed to maximize your visibility in poorly-lit and smoke-filled areas; and a more traditional black band that’s made from the same leather used to craft firefighter boots. The former should make for a great band to use for camping and other outdoor adventures, while the latter should make it all that much dressier for wearing in a night out on the town. 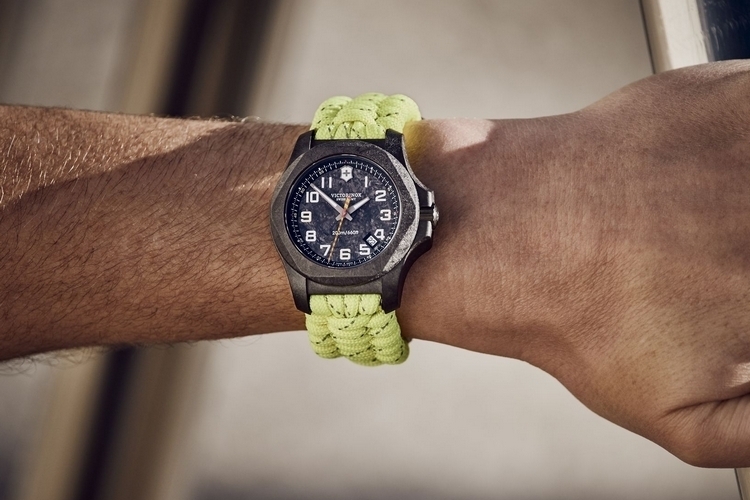 The Victorinox Swiss Army INOX Carbon Limited Edition sports a good-looking dial with a background that resembles a charred surface, with large numeral hour indicators and a seconds hand decorated with a firefighter-themed chevron. It measures 43mm, making it a good-sized watch for guys, with 20ATM of water resistance, so you can do most anything short of deep water diving without taking it off. While Swiss-made, the timepiece doesn’t come with a mechanical movement, relying instead on an analog quartz movement for its time-telling function. 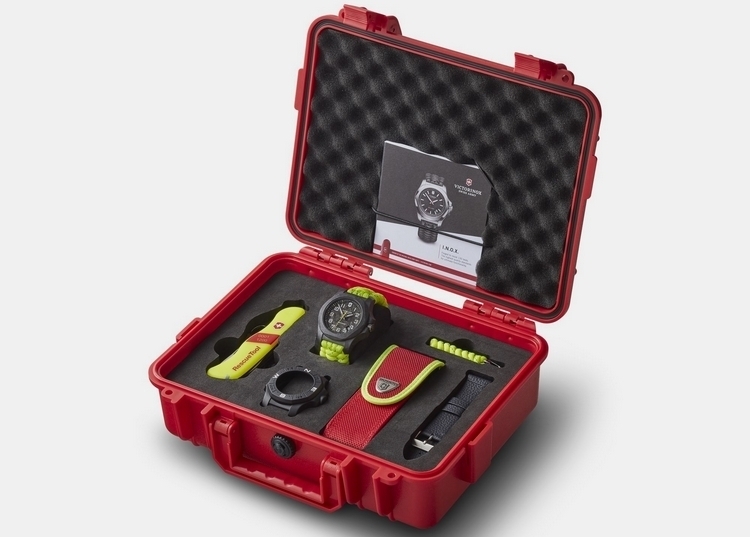 Each watch comes with a Victorinox Rescue Tool (not to be confused with this zombie apocalypse rescue tool) in the same bright yellow shade, which combines a seatbelt cutter, a window breaker, and a disc saw (for destroying shatterproof glass) with more traditional multi-tool items, including a large blade, as screwdriver, and a wire stripper. Only 1,200 pieces of the timepiece will be made.