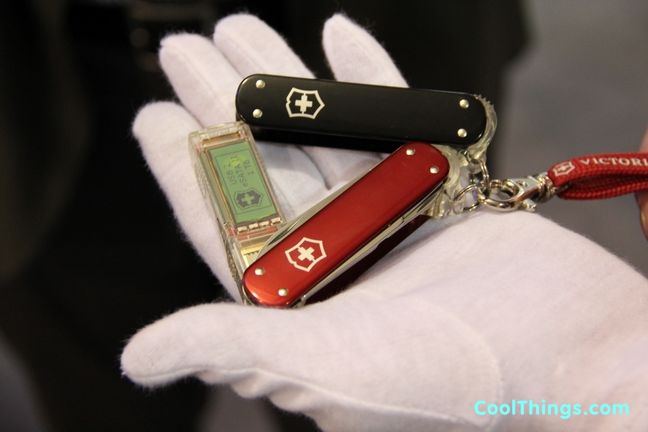 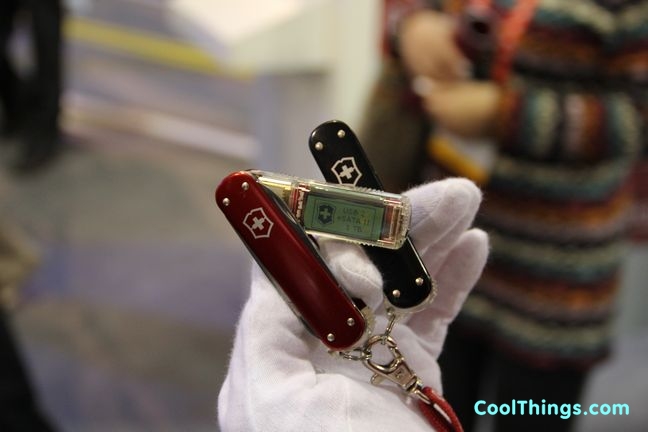 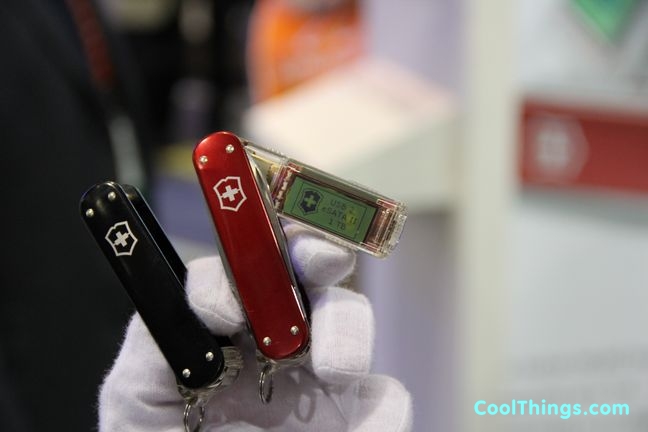 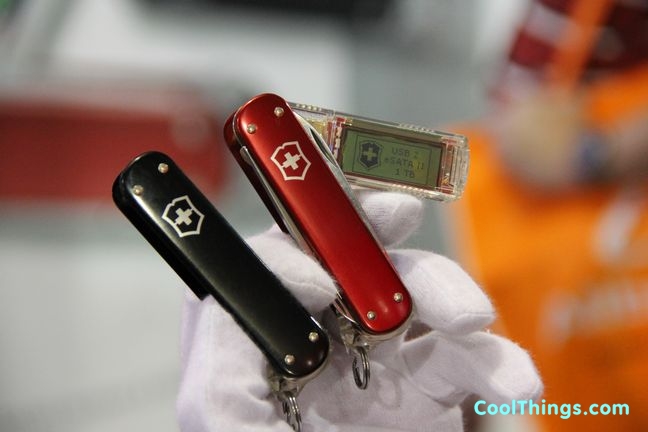 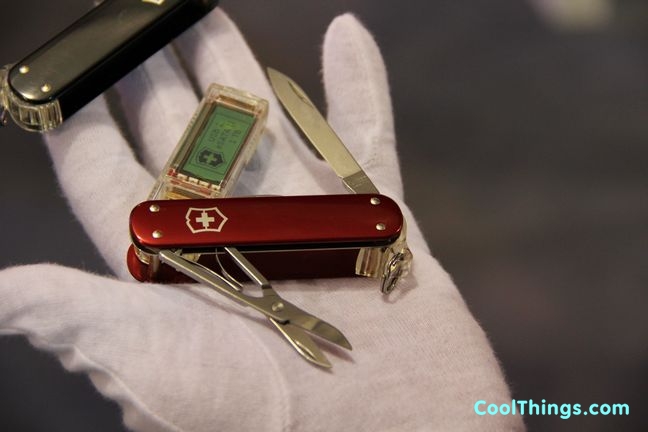 Just how much storage can you fit in a pocket knife?  Apparently a lot.  At least, that’s the case with the Victorinox Swiss Army SSD, which will let you keep up to 1TB of digital media right in your pocket.

Touted as the smallest of its kind, it’s also downright stylish, sporting a form factor straight out of the company’s Swiss Army line of products.  Except, instead of flipping out a mini-screwdriver, a ridiculously-small pair of scissors or a nail filer, you get to pull out a high-capacity drive from its iconic shell.

The styling isn’t the only unique thing about the Victorinox Swiss Army SSD. It’s also the only drive of its kind that connects to eSATA II/III and USB 2.0/3.0 slots using a single connector — no adapters necessary.   Oh, yeah, there’s also that 96 x 48 bi-stable monochrome graphic display on its side that lets you see how much storage space you have left on the drive.

Read and write speeds are rated at up to 220 MBps and 150MBps, respectively.  It also handles automatic backup and synchronization with AES 256 security.   Oh, and just in case you’re wondering how much music 1TB is, Victorinox says it’s around two years worth of non-stop digital music.

The Victorinox Swiss Army SSD will be available in 64GB, 128GB, 256GB, and 1 terabyte capacities, with prices starting at $470 (and tops off at around $2,000).  Since the “pocket drives” are also Swiss Army knives, they can be outfitted with a few mini-tools, although they can only put in as much as will fit.  The drives will roll of the shelves this coming April.