Two Obsolete Media In One: Vinyl And CD On A Single Disc 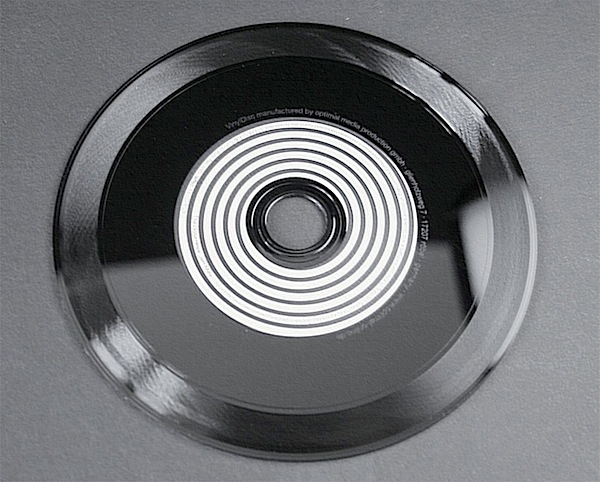 Everyone downloads their music now, so nobody cares whether you put your next song on vinyl or CD.  Unless you put it on a vinyl/CD hybrid like Jeff Mills did with his latest release.

That’s right, the artist decided to put his latest electronic/techno record, The Occurrence, on a 5-inch disc that can run on both your phonograph and your CD Walkman (assuming, of course, you’re enough of a pack rat to still own both).  Released under Axis Records, it’s part of the “Sleeper Wakes” series, a project where Mills  explores both new sounds and novel ways to present them.  And it’s not hard to argue that a half-CD, half-vinyl mutant is certainly different. 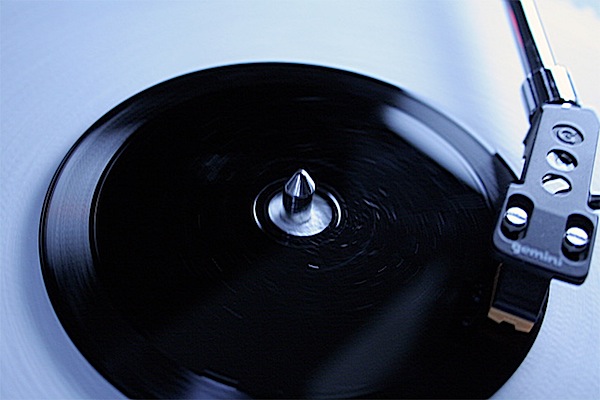 The hybrid media is exactly the kind of creativity that could have sold lots of units for its sheer novelty ten years ago.  Hell, I would have bought one even though techno makes me puke (it helps me lose weight).  Now that I got all my tunes on an iPod, of course, having to mess with physical media again just gives me the shivers.

As far as we can tell, the vinyl is on the outer side while the optical media sits inside.  From a quick search of The Occurrence, it’s supposed to be a 23-track album, so I have no idea how he managed to fit all that on a 5-inch record in two physical formats.  Probably voodoo magic.  I always suspected something’s up with this devil techno music.

Jeff Mills’ The Occurrence hybrid disc is available directly from the Axis Records website for $35.