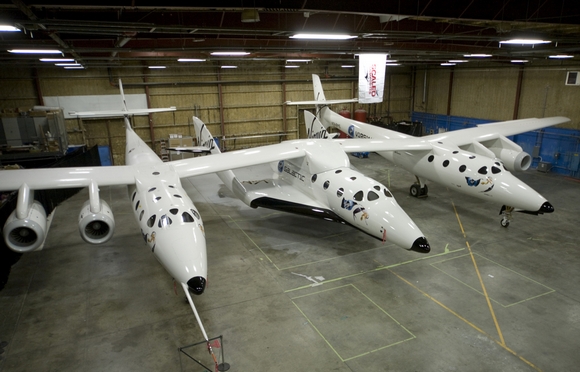 Did you book for a seat on Virgin Galactic’s future space flights?  If you didn’t, you’ll be green with envy to know that those well-heeled folks who did are now one step closer to their space journey, after the company officially unveiled the actual ride last Monday.  Formerly called the SpaceshipTwo (SS2), it’s now been rechristened as the Virgin Space Ship (VSS) Enterprise.

Sir Richard Branson (founder of Virgin Galactic) and Burt Rutan (of Scaled Composites, the company tasked to build the spacefaring craft) led the event at the Mojave Air and Spaceport, which was attended by scheduled tourist astronauts (read: adventurous wealthy people), VIP guests (read: unadventurous wealthy people) and 800 members of the press (read: the poor and destitute).  The photos of the ship, to put it simply, just look awesome. 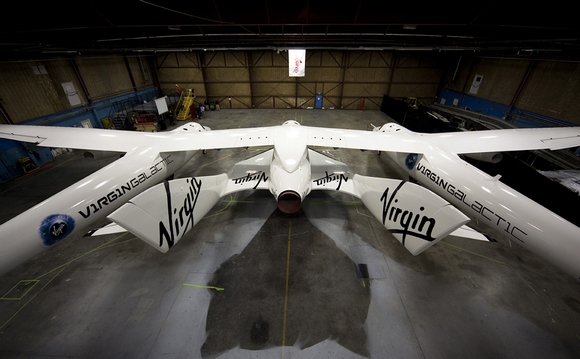 Test flights for the VSS Enterprise will commence in 2010, with actual commercial operations beginning 18 months after that.  The ship will be shuttled to 50,000 feet in the air by “Eve,” its carrier vessel, first introduced last year.  At that altitude, it will disengage from the mothership, firing its own rocket motor to launch into space.

Carrying six passengers and two pilots, the commercial spaceship will fly 65 miles above the Earth at a speed of 2,500 miles per hour.  Tourist astronauts can look out their windows to see the planet’s curvature, all while experiencing an estimated five minutes of zero gravity.  After that, it will re-enter the Earth, eventually landing at Spaceport America in New Mexico.

By the time it begins ferrying paying customers at $200,000 a pop, Virgin Galactic says that the VSS is likely to undergo some changes, including a new hybrid motor which they are developing.  As long as it looks half as awesome as that three-headed beast they have now, I’ll be happy.