Virtuo Restyles The Jukebox For The 21st Century 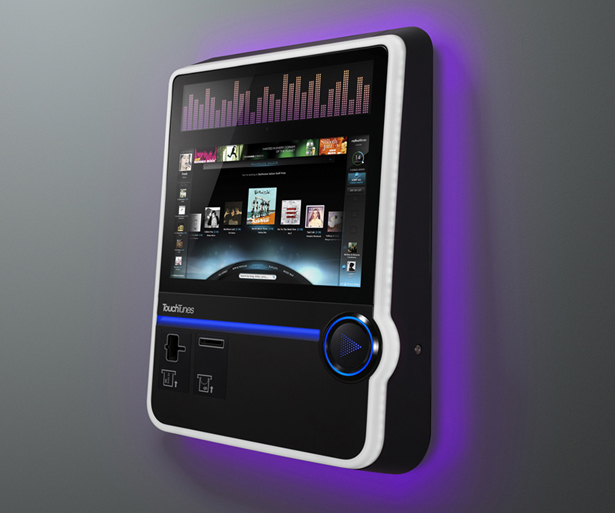 With everyone packing their own iPod (or some variant of a music player) in their pockets, I can’t imagine much of a need for jukeboxes.  Just in case your establishment thinks having one is a good idea, there’s the Virtuo, a wall-mountable digital jukebox for the 21st century.

Created by TouchTunes Interactive Networks, the device aims to revive the social interaction spurred on by jukeboxes in older times (as well as the extra coin establishments can make for giving clients the privilege of choosing what songs get played in the venue).  Given that most current jukeboxes end up as music appliances inside homes, this could prove a tough sell, although their take on the classic music player sure looks interesting. 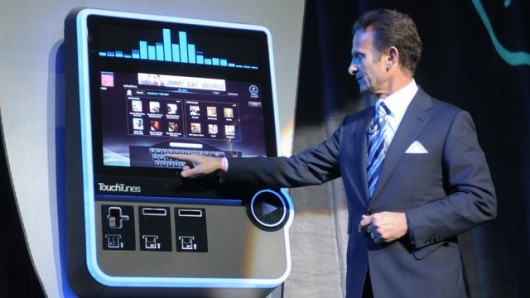 The Virtuo looks like a giant touchscreen media player designed for mounting up walls, measuring 39.4 x 28.4 x 10.7 inches and weighing 120 lbs.  Occupying the upper half is a LED array that shows equalizer animations (among other things) and a 26-inch landscape touchscreen display with a 1366 x 768 resolution.   You choose the songs right from the screen, swiping and tapping and zooming as you would with the music player in your smartphone.

Below the screen is a giant Play button, along with slots for feeding it your money.  A built-in 64-bit computer with dedicated graphics controls the action, while songs are kept on the integrated 500GB HDD.  Other features include dual Bang & Olufsen ICEpower amplifiers and a camera for video phone booth operability (yeah, we’re not exactly sure how that will come into play).

Personally, I’d love to have the Vitrio as an addition to my home entertainment system, if only for how awesome it looks.  If you’d like to have it inside your establishment, you can get in touch with the company for pricing and availability information (they don’t publish details publicly).