VisionX Unite Light Bar Uses Slide-And-Lock Components, So You Can Easily Customize It As Often As You Want 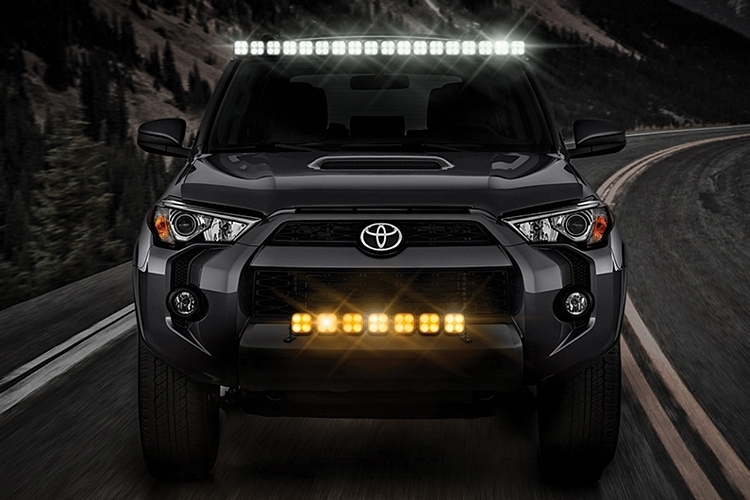 It was 13 years ago that VisionX invented the first LED light bar. Since then, it’s become a popular lighting element found in trophy trucks, boats, trucks that are also boats, work sites, and more. The VisionX Unite turns the light bar into a modular system, allowing you to create new configurations on the fly, so you can tailor a single light bar for a whole host of applications.

Designed to change the way people use light bars, the modular design allows you to easily assemble and reassemble your own rig, swapping parts on the fly with no need to pull out the toolbox. Want to replace the floodlights on your light bar with spot lights? That will work. How about using amber lights instead of the white lights you have now? That’s fine, too. Need an even longer rail, so you can add more lights to your setup? Yes, you can remove the lights from the old rack, put them in the new, and just add more lights as you need. Basically, you’re never stuck with the same light bar again, as this system lets you easily swap and replace parts as you go. 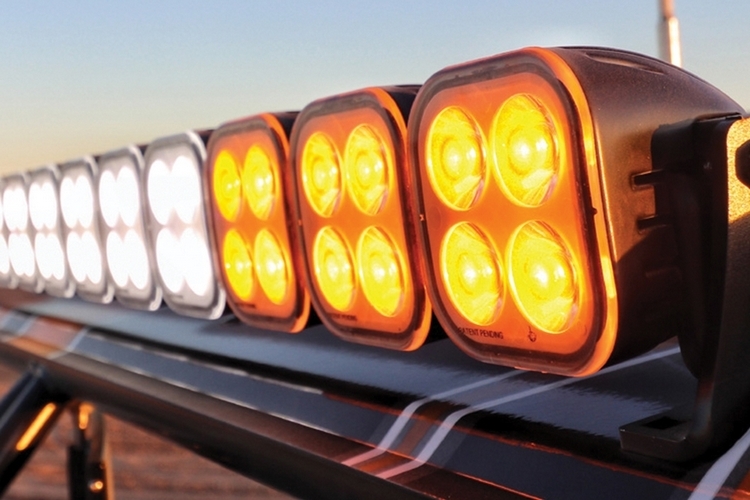 The VisionX Unite basically consists of two main modules: the mounting rail and the LED modules. The rail comes in six lengths, namely six inches, 12 inches, 20 inches, 30 inches, 40 inches, and 50 inches, so you can use a foot-long rail for your side-by-side, a 30-incher for your truck, or a 50-incher for the excavation you’re setting up to unearth an ancient treasure. Or something. The light modules, on the other hand, come in eight variants, each one sporting its own combo of beam pattern, LED color, and faceplate design.

Each of the light modules use a four-LED array that combine for a total 2,000 lumens of brightness, so you can build an extremely bright system with a bunch of these things cobbled together. All light housing, by the way, are IP68 rated, so they should shrug off water, dust, and other hazards of the outdoors without much trouble. 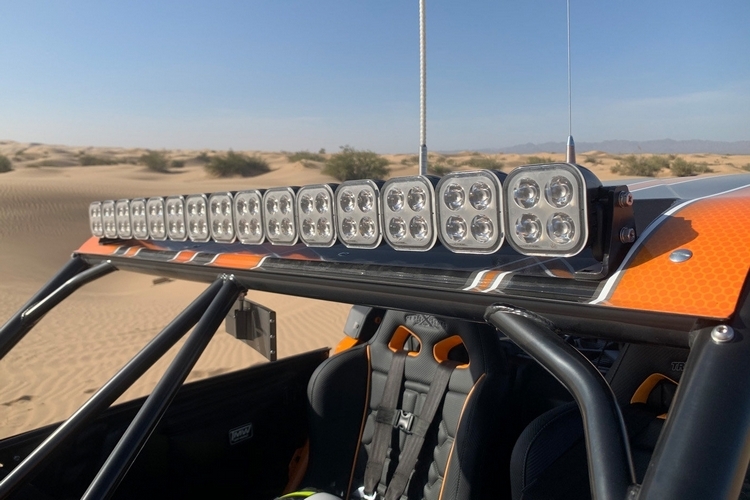 The VisionX Unite uses a slide-and-lock mounting system that makes it easy to replace both rails and light modules as the needs dictate, while stainless steel hardware locks the modules into place, creating a secure hold that will keep the lights on the rails while you drive your truck the nastiest terrains. Power connectors are accessible from the sides of each module, where they are covered by rubber fittings. According to the outfit, it supports both single- and multi-circuit connections, so you can arrange for the lights to turn on all at once, individually, or any other combination. All power modules are available separately from the outfit. 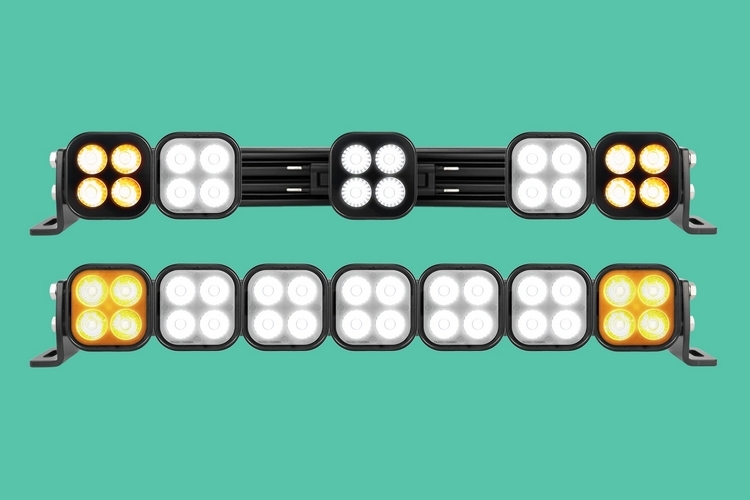 While the outfit sells individual modules for building your own light bar system, they also sell pre-configured units that use these modules for folks who want the convenience of purchasing a pre-built unit. They use the same modular components, though, so if you ever need to replace anything, it will be just as easy.

The VisionX Unite is available now, priced starting at $177.