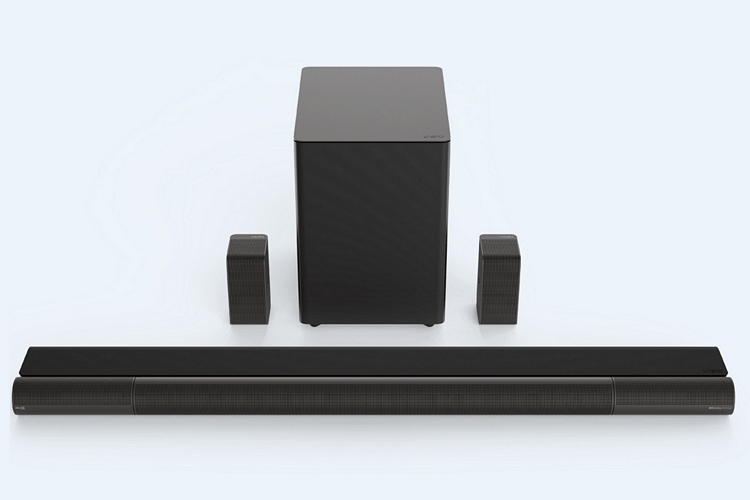 Like many contemporary soundbars, the Vizio Elevate is capable of playing audio encoded in either Dolby Atmos or DTS:X. Unlike them, though, it seeks to maximize the immersive effects of those audio codecs by physically moving its speaker units to ensure the sound is directed where it can make the most impact.

That’s right, it physically moves. No, we don’t mean the speaker walks itself to another part of the room like a weird autonomous robot. Instead, the speaker channels actually rotate upwards or downwards, depending on the kind of audio encoding available in whatever content is playing, essentially integrating a short but fascinating action sequence that you don’t typically get from standard speaker systems. Whether you spend your TV time watching action movies, bingeing on TV episodes, or playing games on a PS4, this thing promises to deliver excellent sound while bringing something unique with its rotating components. 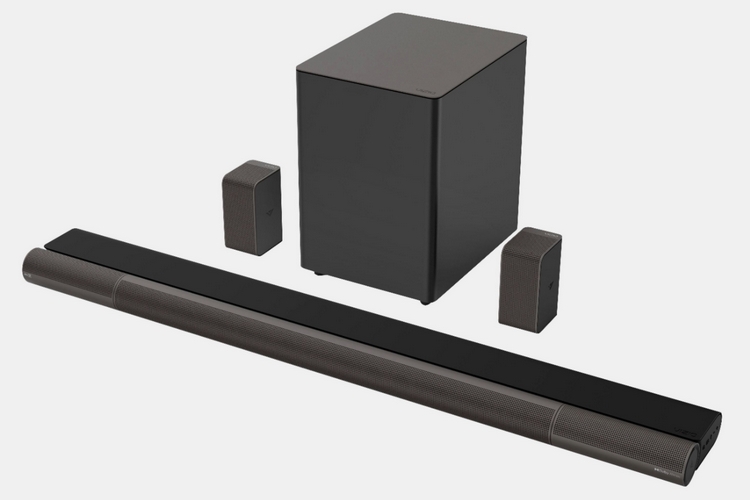 The Vizio Elevate is a 5.1.4-channel soundbar houses a total of 18 speakers, with 15 onboard drivers, a separate eight-inch subwoofer, and dual satellite surround speakers that you can place around the room for a proper surround-sound layout. According to the outfit, all those 18 speakers add up to 107 decibels of output. A tube in front of the soundbar holds those onboard drivers, with the built-in grills facing directly forward when playing video that’s encoded with standard surround and stereo sound, ensuring it delivers clear vocals while maximizing the soundstage. Once it detects object-based soundtracks in Dolby Atmos or DTS:X, however, the tube rotates to face the grills for four of the speakers upward, essentially bouncing sound off the ceiling, which helps create a more immersive overhead surround sound effect, especially when combined with properly-positioned woofers and satellite speakers.

Suffice to say, the rotating speaker housing is the primary selling point here. Not only does it bolster the height effects of specially-encoded soundtracks, it’s also a pretty cool sight, making an erstwhile humdrum home theater component feel a lot more sophisticated. 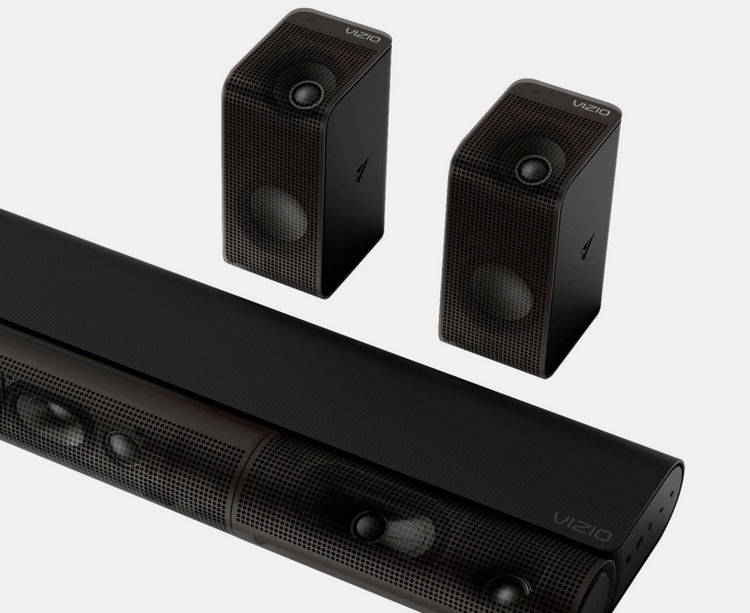 The Vizio Elevate is equipped with two HDMI inputs and one HDMI ARC/eARC port, with the latter designed specifically for hooking up to your TV, which enables the added function of controlling the soundbar from your TV remote. Of course, the soundbar comes its own remote, too, for more granular access to its available features. Like many Vizio soundbars, it comes with a dialogue equalizer for adjusting it to reproduce spoken sound in a clear and crisp manner, as well as built-in Chromecast, so you can stream content straight from your favorite phone apps. 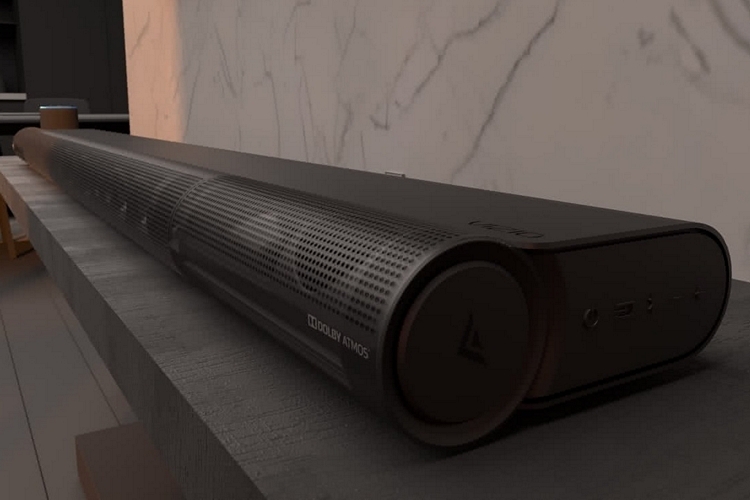 Dimensions are 48 x 2.6 x 6.5 inches (width x height x depth), a size that, the outfit claims, will dock it seamlessly underneath Vizio’s latest 55-inch and 65-inch OLED TVs, so if you’re thinking of getting either of those, this just might be the perfect soundbar to accompany the panel. Other features include a 30Hz to 20kHz frequency range, 4K Dolby Vision HDR pass through, Bluetooth streaming for music playback, and voice assistant input via Bluetooth.