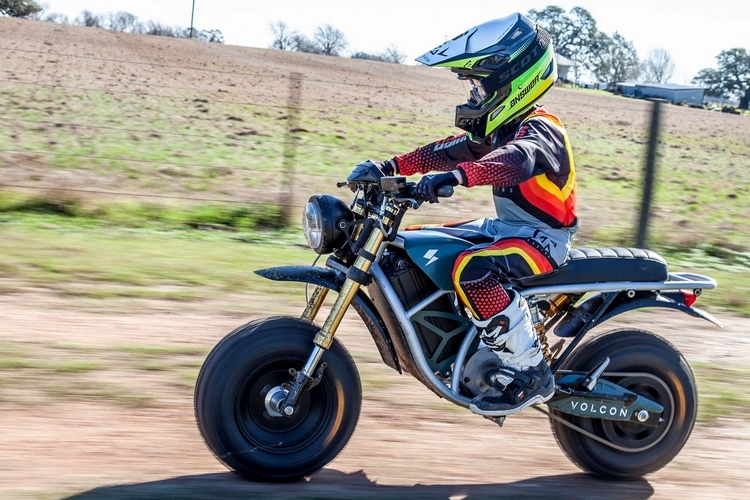 Is it safe to let your kids ride motorcycles? Probably not. What about small motorcycles like the Grom or the Monkey? A bit safer, but they’re still way too fast to let even older children loose on. What about a badass-looking electric motorcycle that can be geofenced and electronically-limited to run at safe speeds? Well, that’s exactly what they’re bringing with the Volcon Runt and they’re hoping the answer is in the affirmative.

A smaller, kid-sized version of the outfit’s Grunt electric motorcycle, it’s a dirtbike that takes the same styling, proportions, and off-road capabilities as its larger sibling, albeit with a less-powerful motor and battery combo. The result is a motorcycle that looks just as badass, all while being a lot more manageable for kids to be able to handle. 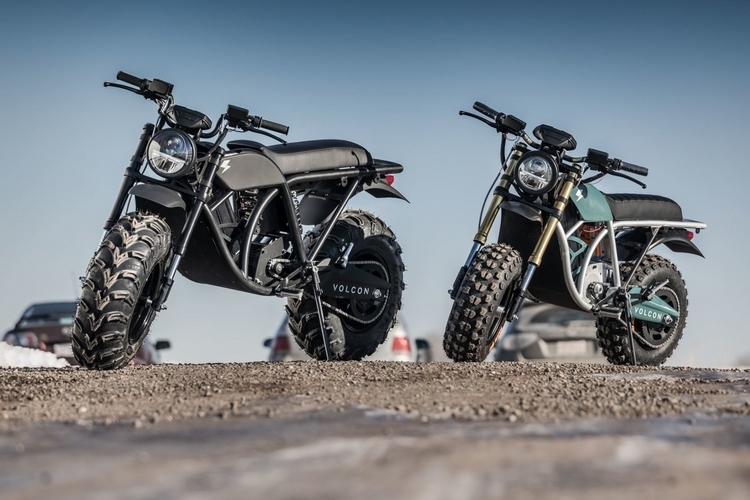 The Volcon Runt has a motor that offers 44 pound-feet of available torque, which is enough to let it hit max speeds of 35 mph. While that doesn’t sound much to seasoned riders, it should be enough to make riding this thing a heck of a lot of fun for kids. They pair that motor with a battery that allows a maximum range of 35 miles between charges, so your kid won’t be able to stay out all day riding this around, although a swappable design will allow you to carry extra batteries, in case you’re riding trails with your kid during a weekend in the backcountry.

Want to lower top speed even more, so your kid can work his way up from something even more manageable? Not a problem, as parents can do that from the companion app, where you can limit a variety of performance parameters, apart from allowing remote monitoring and providing notifications (e.g. it can alert you whenever the bike tips over). The app also allows geo-fencing, so you can keep your kids within a limited area, in case you want to supervise them the whole time they’re on the bike. 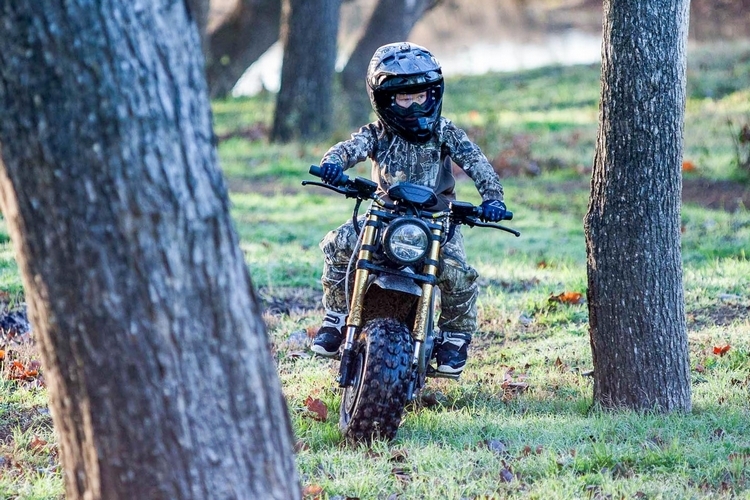 The Volcon Runt is a single-speed motorcycle, so kids literally just have to hop on the seat, power it up, and crank on the throttle to get it running, much like riding a scooter. This is not designed for riding on the streets, by the way, as there are no turn signals and no mirrors, so it’s strictly a recreational bike for riding in a supervised space. It does have passenger pegs and a really long saddle, so you can have your kid driving while you tag along for those first few times you’re not quite certain they can handle it properly. 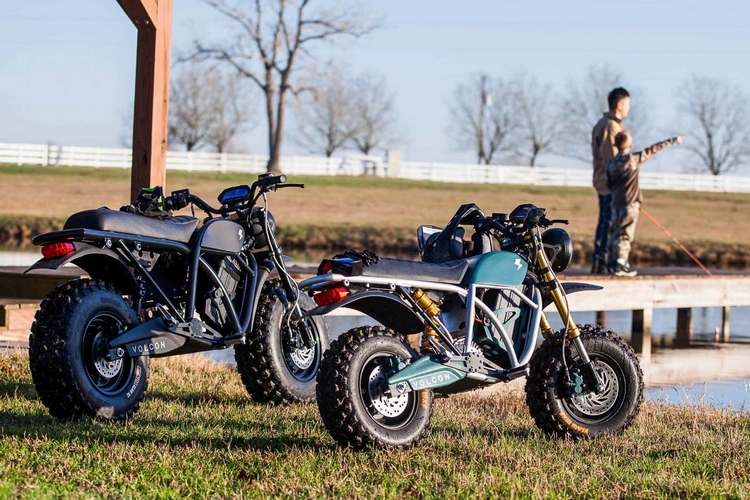 The outfit hasn’t listed any age range they recommend for the motorcycle. Given its 27-inch seat height, however, it’s probably best for older kids (at least 10 or older), who can get on and off without any struggle. Additionally, the bike also weighs 180 pounds, so you don’t want small kids that can get overwhelmed trying to keep all that weight under control.

The Volcon Runt is slated to ship summer of this year, priced starting at $2,995.